How to Make Your Own Personal Netflix: Never Touch a DVD Again

I don’t collect many things, but the one thing I do collect for myself, and my family are Disney movies. I’ve been saving Disney movies since I was a kid. My mom bought them all on VHS, then once I was married we started buying them on DVDs, and now I’m buying all of the new ones as blurays and digital copies.

I specifically buy movies from Disney Animation Studios and Disney Pixar. Basically all of the theatrical released animated movies and their pre/sequels.

I love Disney Movies Everywhere, and the fact that I can watch my new digital movies in one spot, but what about the hundreds of other movies I own that aren’t yet out of the vault again, or that I don’t want to re-buy in another format? I wanted to find a way to organize all of my movies like a personal Netflix so I never have to touch my DVDs again. 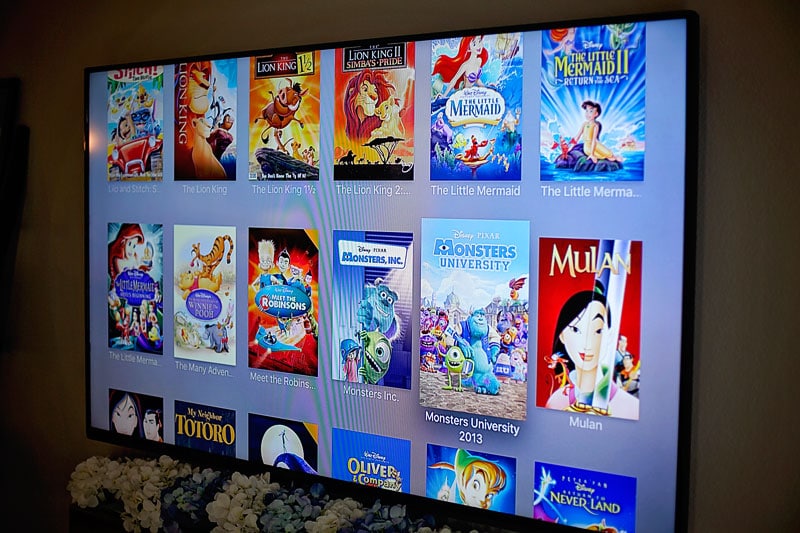 At first my husband made fun of me when I started on this project, but now he’s begging me to add his movies to our server.

Whenever I post pictures of our 100+ digital Disney movie collection people ask me how I did this, so I thought I’d finally do a post showing how I did it.

First I did research to find a program that could organize my movies there were a few I came across but my favorite was PLEX. It’s free and organizes the movies beautifully with cover art. Which was my main priority since I wanted my kids to be able to pick out movies easily before they could read. And I mean really, it’s just so nice to look at! 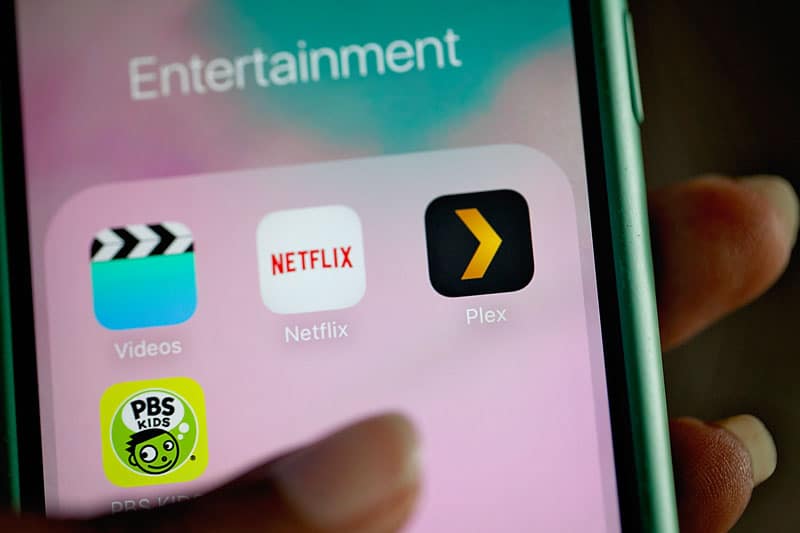 It was pretty easy to set it all up but I’ll walk you through the steps.

I downloaded the PLEX application on my computer (you only hafta do this once) and created my personal server. Basically all I had to do was tell PLEX where to look for my movie files. I connected my 5TB hard drive and made a folder titled Disney Movies, then told PLEX to look there. I didn’t have anything in the folder yet, so now I’ll explain getting them in there from DVDs.

In order to put my movies into my personal server for PLEX to read I needed to convert my DVDs to digital. I had 100+ Disney animated DVDs that I wanted on my new PLEX server. I downloaded a program called MDRP to convert all of my DVDs digitally. The first five are free, then after that you pay something like $25. After trying it out and making sure the movies played back well, I bought the program because I had over 80 movies to go. 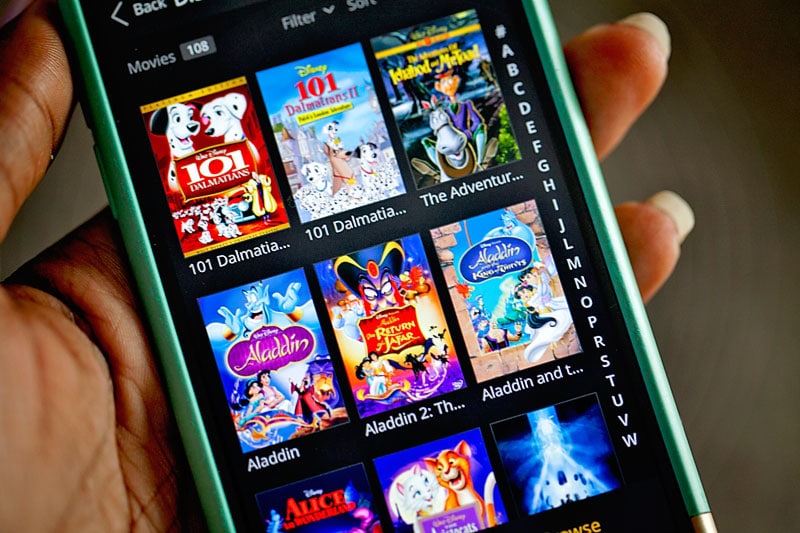 Once I had a system going it was really easy. I put the dvd in, make sure all of the chapters are selected, select the file type I want it to convert to (I said mpg4) and click start. It dings when complete and I check to make sure that it plays correctly, then I move it to my server folder.

Once I move the movies over PLEX basically takes care of the rest, it automatically recognizes the movie title and locates the appropriate movie poster, summary, year, star rating and other info about the film. 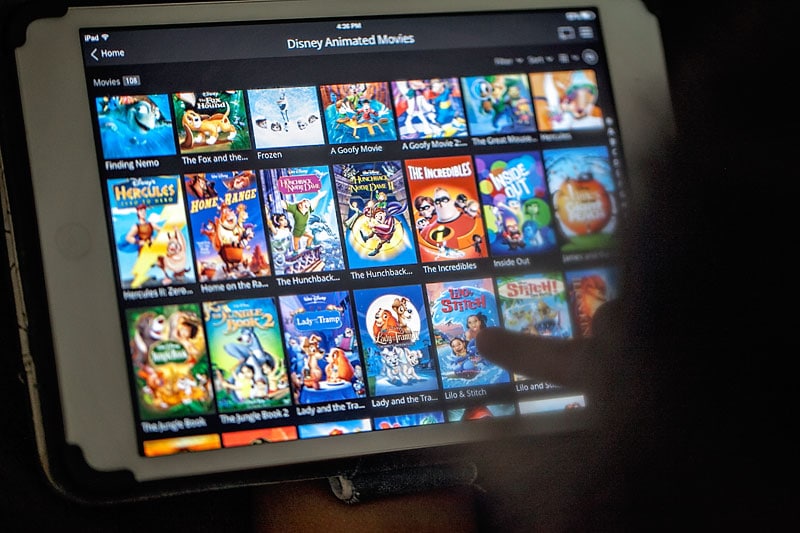 Occasionally it would grab the wrong info. For instance 101 Dalmatians and Alice in Wonderland also had a live action movie so it grabbed that info instead. It’s easy to go in and change the information by adding links to other posters and information.

And after a couple of weeks I had my entire collection now digitally organized in my own personal netflix so I never have to go through my DVD stack to choose a movie again. My kids and I can easily pick out movies to watch by scrolling through our library. 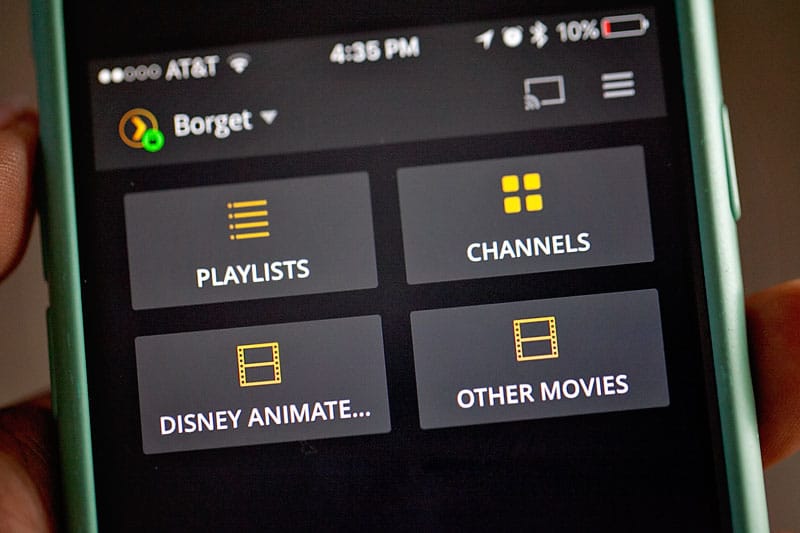 I also made another folder for non-Disney animated movies with is basically everything else. Like Maleficent, or Prince of Egypt. Eventually I’ll help my husband out and make him a folder for all of his stuff.

They watch them on our PLEX app on the iPads and iPhones but I believe the app is also available on Android, xbox, and other devices. I also set up my server so we can see it when we’re outside of our home wifi connection (just by clicking a button to enable). So when we’re traveling we can still watch our movies over a wifi connection simply by logging into our account. A lot like Netflix! 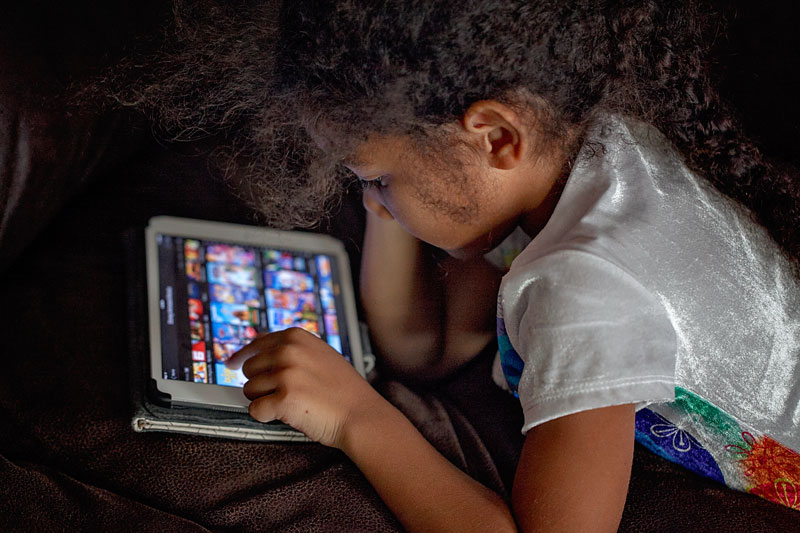 So there you have it! A Disney movie collection we can all hopefully enjoy for many years to come!

Oh, and for those who have asked me how I keep up with my collection… My husband for me a set to start years ago, now I pre-order all of the new ones on Amazon so I get them the day they’re released and usually get a great price.

I also keep a look out at thrift stores and ebay for used DVDs I don’t have, which are pretty much just a handful of the straight-to-dvd sequels now.

Any questions? Let me know and I’ll answer them in the comments. Say hello to your new personal Netflix and never touch a dvd again!

What a great idea. This is a project I want to tackle because I have quite a collection of movies. Thanks!

Great idea! Now I just need to figure out how to get my VHS movies transfered ???

This is awesome! I wish I knew this was a thing sooner. Although now I don’t know what I’m gonna do with all these DVDs…

Haha! I know me too! I can’t bear to get rid of them. For now I’ve put the DVDs in a plastic sleeve and organized them into alphabetical order in a cute little Disney chest.

I need to do this. We use Plex a lot and the boys are moving away from Netflix. We have the Amazon Fire Stick and navigating Plex on there is a little tricky. Seems much easier via mobile.

I didn’t know you had PLEX!! Yea, Chromecast works great on one of our TVs but is wonky on the other. It’s perfect on the Apple TV since it’s a built in app. We’re gonna hafta trade movie recommendations!

Any suggestions for us non-Mac users?

This is AMAZING! I can’t wait to try this!

Yea!! Let me know how it goes!

is there avengers infinity war

Do you ever have issues with protected discs not ripping correctly with the Mac DVD Ripper Pro program?