How his simple question is changing our conversation about alcohol

I’m passionate about building strong relationships with our children and being there for the important conversations. That is why I partnered with #TalkEarly on this post.

It’s a question my 4-year-old has been asking me for the last 2+ years. He comes up to me, cup in hand with a sincere look in his eye.

It’s never his own sippy cup, but usually my cup or a drink he thinks is mine.

“Is it yucky?” He repeats as I quickly glance at the contents to decide how I should answer him. He wants to know if the drink is carbonated, or non-carbonated. To him, bubbles = yucky. He’s cool with unsparkled water or juice, but not any kind of soda. 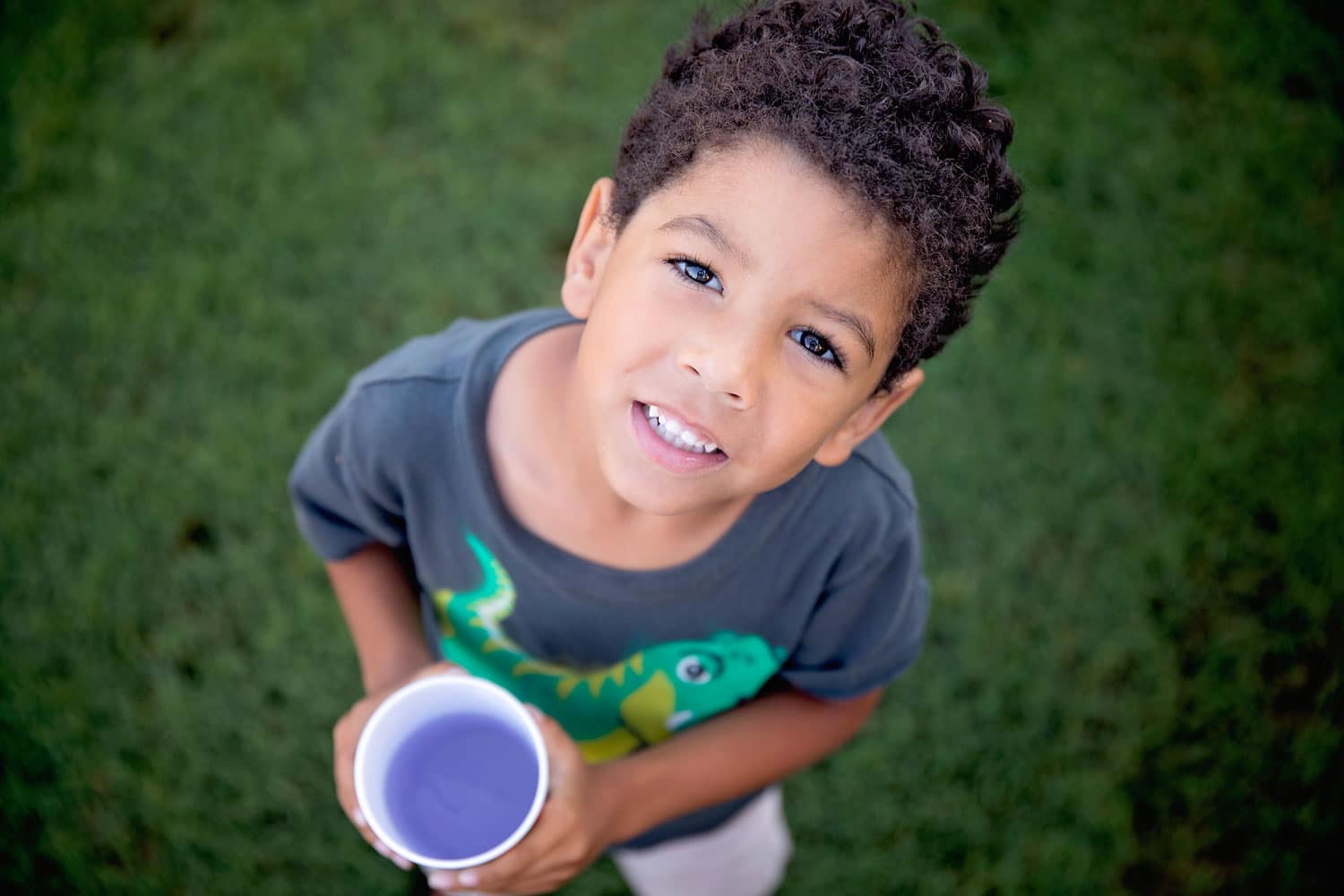 Wouldn’t it be nice if they could go through life that way?–Simply ask if the drink they picked up would be good or bad for them, and they actually heed our advice!

Honesty. Trust. Love. These are principles I am trying to build our relationship on while they are young, in hopes that we have a stronger bond as they grow up.

There was never really a conversation about alcohol in my home when I was a kid. My parents didn’t drink, so it’s not like we had it stocked in the fridge. “It’s bad” was the message I got at church, so that somewhat influenced my naive opinions about extended family and friends who drank.

It sounds silly but it wasn’t really until I was entering adulthood that I came into a more non-judgmental view about alcohol.

Now I’m trying to do a better job of being open and candid about subjects that were taboo when I was a kid. My daughter still has a slight fear of wine ever since we read about that incident in Anne of Green Gables, but she knows it’s something for adults who choose to drink it.

Though my husband’s conversations about alcohol with the kids so far haven’t gone past the yelping “NO!” When a kid goes for the wrong cup at a work party. I know he’d be open and candid if they came to him. But we could both probably do a better job at discussing the “why nots” better than just “No, cause you’re a kid” or “no, we don’t do that” or “it’s bad!”

Earlier this year I told you about my partnership with Responsibility.org, advocating for education about safe alcohol consumption. Well,  a recent study they did found that Fathers are significantly less likely than moms to have discussed the following:

With summer BBQs and pool parties in full swing, this gave me a lot to think about. Especially as I’m really trying to build our relationships on honesty, love and trust. So the next time my son comes to me with a cup that’s not his and asks if it’s safe. Instead of a simple of dismissive answer, I’ll be ready to have a conversation about why.

*I’m passionate about building strong relationships with our children and being there for the important conversations. That is why I partnered with #TalkEarly on this post. Stay tuned in the coming months for more on this important topic.

I find it interesting that you mentioned moms being more likely to talk with their kids about over-consumption of alcohol. We do have the occasional drink here at the house every now and then and just thinking about it now I am not sure what I tell my kids. You have given me something to think about!

Yea, these little facts gave me a lot to think about too!

These are terrific starting points for the alcohol discussion. Thank you. As with most “difficult conversations”, starting early is key.

That’s what I keep hearing! The idea of some of them makes me shutter but you know… I’m willing to go the distance.

My dad always seemed to have a beer in his hand when we were kids(but I never saw him drunk.) My mom drank occasionally but did’t overdo it. They were both very open about the topic and none of us ever got much into drinking.

Out of the mouths of babes. My husband and I don’t drink at all, and our kids drink very little when they’re out with friends but we’ve definitely had the conversation. It’s so important to keep all those lines of communication open and let them always feel free to ask questions without being judged.

So true Lois. I hope we can keep it up.

We always talk to the kids about drinking, especially if we go to a party. They have seen the effects and know that too much is NOT a good thing.

So glad you guys talk about it Milena!

With our oldest daughter turning 18 soon this is an important topic for us. We don’t drink much at all and as such after gathering alcohol normally sites in the garage or the freezer for a very long time. The topic comes up and we normally explain that #1 kids don’t like it #2 it isn’t healthy for kids #3 many adults don’t like it #4 it can cause people to make stupid choices #5 people die when they drink and drive #6 As adults Mom and Dad are very careful when we choose to drink. Of course those are just a summery. The great thing is, my husband loves to teach the kids, and loves to do mini-presentations, lectures, with the kids. He has gone over the topics a few times! I think it is because he is a solder and they get briefings on the topic all the time! Anyway, that is a cool infographic!

Hahaha! Your husband sounds awesome!! And I love the way you guys break it down. All of those points are so true and important to make.

Thankfully, growing up I was never around alcohol so I never really saw it til I was almost 21. Our kids will not have it til 21 if I can help it anyway. They have never asked about it as we rarely have it in the house, unless it’s New Years Eve.

When I was a kid, I was taught that alcohol is drinks of adult, although I tried it several times 😀 Beer is a common drinks in my house in summer.