Ok so I braved a movie screening with three kids solo. Including our three month old baby. Thankfully our screening wasn’t jam packed and we came out unscathed. Also, because of the screening time of the movie my kids were the ONLY kids in the theater. So that made for an interesting experience.

Anyway. We all had varying opinions of the movie and today are giving you a spoiler-free review and answering some questions about if it’s scary or intense for little ones. 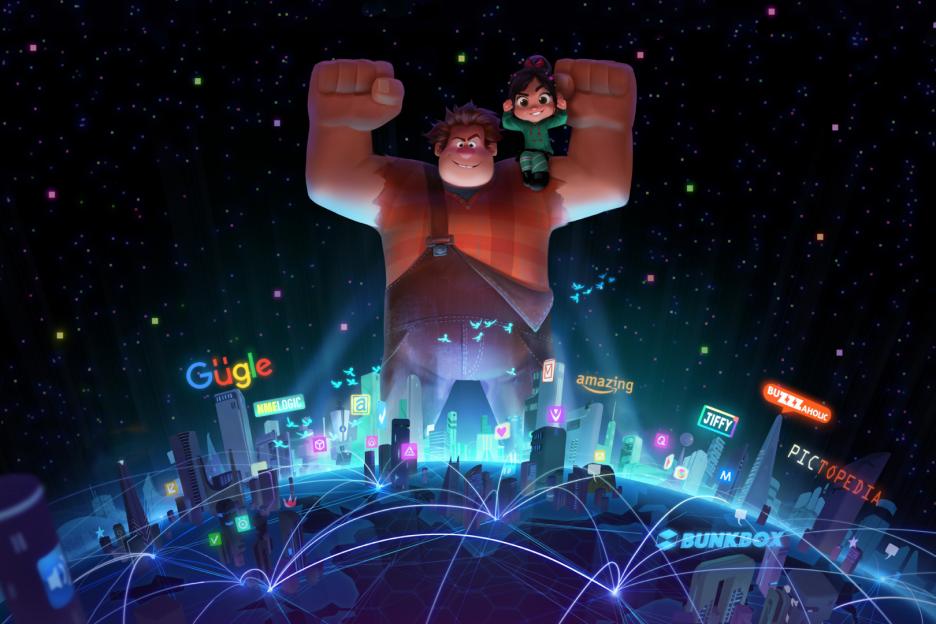 Are Disney Sequels Making a Comeback?

I owe you a blog post I literally started years ago about my top 10 Disney sequels. I’m not talking Pixar sequels (those are really good) but good ‘ol Disney Animation sequels, most of which were direct to DVD. I was so anxious to see how Ralph Breaks the Internet (essentially Wreck it Ralph 2) would compare. And with Frozen 2 set to come out next year, this could be a Disney comeback trend.

I’m happy to say that Ralph Breaks the Internet is worth the theatrical release, and you should totally see it over the holidays. It’s a great family flick, and if you loved the original, you’ll likely enjoy this one too. As good as the original? Well, keep reading to see what we think.

I was a little more distracted than usual at this screening. There are at least three parts of the film that got audience chuckles that went over my head either because my son was asking a question or I was trying to nurse my baby. But there are several other funny parts to laugh at. Especially the Disney Princess scene which you get glimpses of in the previews. 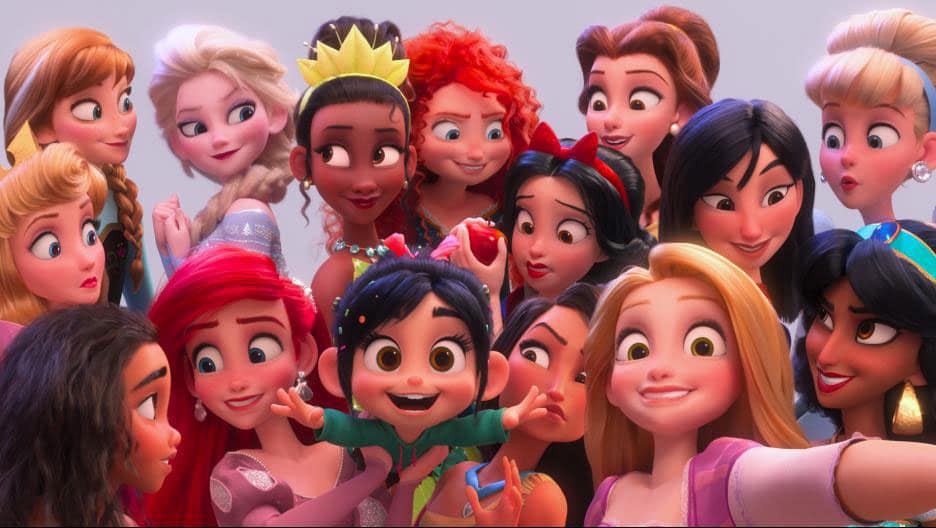 The new characters are great. I loved the new hip gamers, especially Shank. Sergeant Calhoun was my favorite character in the first one, and while we got to see her it isn’t nearly enough for me.

Admittedly Wreck it Ralph isn’t one of my favorite Disney movies to begin with, so I’m not blown away by the sequel. But there are some gems that made the movie for me. From an unexpected song, to so many social media references. It is entertaining and I’ll be looking for all of the easter eggs (hidden characters) for years and years I’m sure.

There were some funny parts, but a lot of the humor is for people who know and understand the internet (social media, ebay, etc) and a lot of that went over my kids’ heads. I feel like the first movie had more silly kid humor they would understand. Still, the film has a sweet message about friendship, insecurities and following your own path.

What makes or breaks movies most for me though are how much my children enjoy them.

Every time I looked over at Lil’ J (8 years) she was grinning from ear to ear. Loving every second. My son (5 years) loved whenever there was racing, and the climax near the end, but he lost interest multiple times and even asked me about three times if the movie was almost over.

Before you ask if it’s his age or personality let me add, he sat through Cars 3 and Incredibles 2 multiple times with barely a peep, so I think that speaks to something. It may seem like a slower or confusing movie for some younger kiddos.

The only part that may be considered scary, or at least kinda creepy was my son’s favorite part and it involves overcoming the problem in the end. It’s not as scary or as creepy as the bug part with Turbo at the end of the first movie. My daughter gets easily creeped out and she thought the whole movie was great. As usual, use your discretion when taking your kids. Movies in theaters are are usually louder, darker and feel more intense.

What did you think of the movie?: It was very good. It made me think of my friends and how I need to treat them.
Did you think it was funny?: Yes! The movie was very funny, one of the funniest movies I’ve watched.
What was your favorite part?: I loved when Vanellope met the Disney princesses.
What do you think about it compared to the first movie?: They had a new adventure!
Did you like it more?: Yes, because they were very different. They plugged in the internet and they explored it.
Who were your favorite characters?: Vanellope and Shank
Did you think it was scary? (SLIGHT SPOILER AHEAD, SKIP TO THE NEXT Q IF YOU DON’T WANT TO KNOW): Not at all. A little when they made a big Ralph monster. It wasn’t scary, but maybe for three and under I’d think it’s a little scary.
What else did you like about the movie?: It was about friendship being one of the most important things.
Would you recommend this movie?: Yes, because I think they’ll like it as much as I did.
Were you a big Wreck it Ralph fan?: Yes, it was one of my favorites. Ralph Breaks the internet is my new favorite because it was funny.
Do you want to see it again?: Yes! Of course! Why wouldn’t I?
What would you like to add?: I think ages 3 months to 100 could watch this. It was one of the best movies in the world.

So there you have it! Our honest review. Ralph Breaks the Internet wrecks into theaters nationwide Wednesday November 21st! We hope you’ll go see it too then come let us know what you think!

It was good. please continue. Thankyou