Her first pair of pants: What I’m Makin’ Monday (a day late)

My friend Taylor, aka Alt Mama, and I have a deal. I’m going to help her learn to sew, and she’s going to teach me how to cook. To be honest I’m sorta felt like a blind man leading the blind with the sewing part, but I at least know how to read toddler patterns now, and how to find videos on YouTube to get us along.

Taylor was a super fast learner. So while I was putting along at my grandma speed of sewing, she was putting the pedal to the metal and flying through the stitching. And on my old machine by the way! I got this new baby for Christmas and she took my old one off my hands. 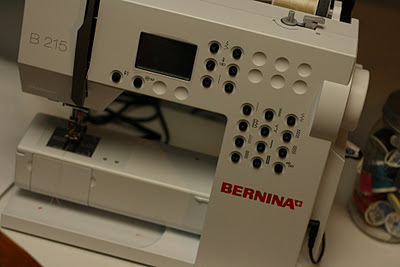 I had never made Lil’ J pants before, so when we found this pattern for toddler pants, I didn’t realize how small the butt area was. I guess the creator’s baby has a teeny booty and since my daughter not only has my fabulous booty jeans, but she also wears cloth diapers, so these ended up being a bit snug, and sort of hip-huggers for her… Er, where her hips would be if she had some.

Taylor wanted to make reversible pants and she had two of the cutest fabrics picked out for them. I decided I’d use some of my fabric stash to make Lil’ J some too, so I grabbed some purple and pink polkadot and headed over to her place with our machines. 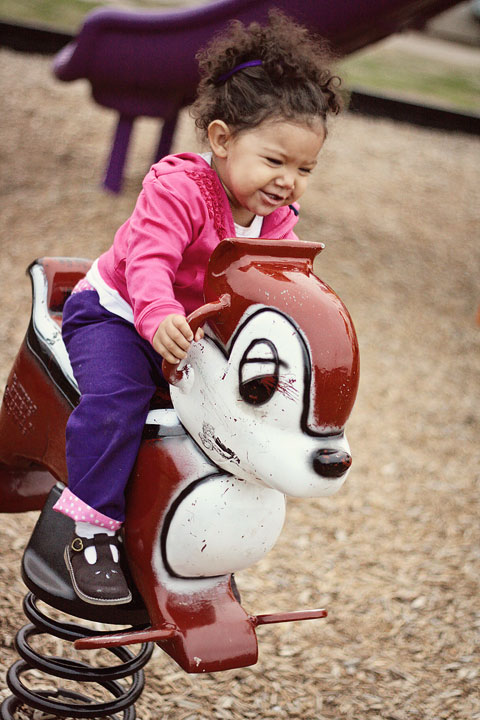 Now had she asked me to make a toddler dress I could have nailed the instructions no problem. But I had never even seen a pants pattern before, much less reversible. So this was a bit tricky for me at first. But after watching this youtube video about thirty times I realized what I needed to do to get the pants part down, then making them reversible was pretty much a sinch. 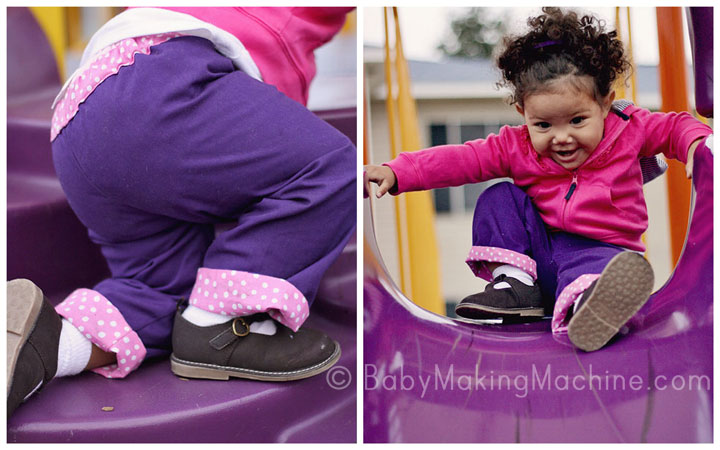 I love the purple side with the pink polkadots sticking out on the cuffs. I haven’t been daring enough to try them facing the other way yet, although if anyone can pull off pink polkadot pants it’s gotta be her.

Next time I want to add big ruffles to the bottom and make them bell bottoms. Pants aren’t such a bad idea for winter time. My husband thinks this, and her Adidas run suit grandma and grandpa got her for Christmas are the best outfits ever. So I may need to start adding more pants patterns to my collection soon. 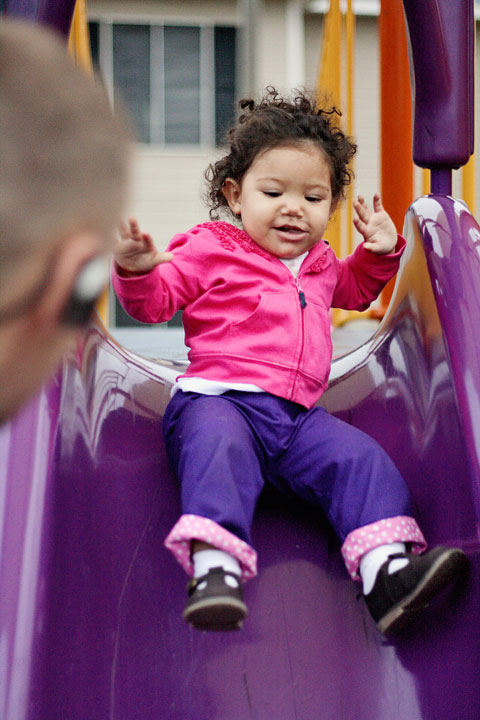 Super cute! Love how Lil J’s hair is pulled back, too. She looks so sporty!

p.s. I tagged you on my lil ole blog….play along if you so wish!

That is the pattern I use for my pants. I’ve also just traced a pair of pants that fit Lil Miss really well.

http://katrinassqs.blogspot.com/2008/09/longies-pattern.html
These are my favorite pants ever. They are made to go over cloth diapers, and you can do much with them, with different colors, patterns, and I even have a few I added the big ruffle on the bottom to or various other trim. There are youtube videos with tutorials. C must have 6 pairs of these with some variation or another. 😀

You should have invited me over! I can make pants in my sleep.

Love them… Always wanted to make a pair for my girl but I am too scare to do it. I think I am going to try.

That turned out pretty cute! It looks very comfy for play time.

I think you did a great job! And that your little one is a cutie pie.
I’m sorry to hear that you had trouble with the pants pattern, but I did mention that mine is a skinny minnie. At 2 years she still fits into her 6 months clothes without much trouble. If she weren’t growing vertically, I would never need to buy/make clothes for her.
I hope you find more success with my other tutorials.

They turned out very well. You’re becoming a sewing champ over there.

You are getting so good mama :).

Those pants are so adorable! I envy your sewing skills!

I just love your blog!!!!! It’s full of inspiration and positive energy!! I told my husband your my friend in my head (like Wendy Williams always says)! Anywho, have agreat day doll and thanks for posting this!! 😉

Love the purple pants with the pink polka dots. I knitted two hats this weekend. One was of a Norwegian design and the other was a cable knit hat! My hands were so sore Monday. Now, I’m about to start another hat. I want to make 3 more by Sunday. A friend wants to donate them to the homeless shelter she works at.

Wow. The pants are too cute! I so wish I could sew!

I just love these pants! 😀 I LOVE all things polka dot and the little bit peeking out at the bottom is a super cute idea. At the same time, the other side would be pretty darn cute too. I think you should definitely let her wear them polka dot side out!

Can you do a post one day, on the youtube channels and websites you go to for sewing stuff.??? 🙂 i wanna learn too!