He Threw What?: A Case of Road Rage You Won’t Believe 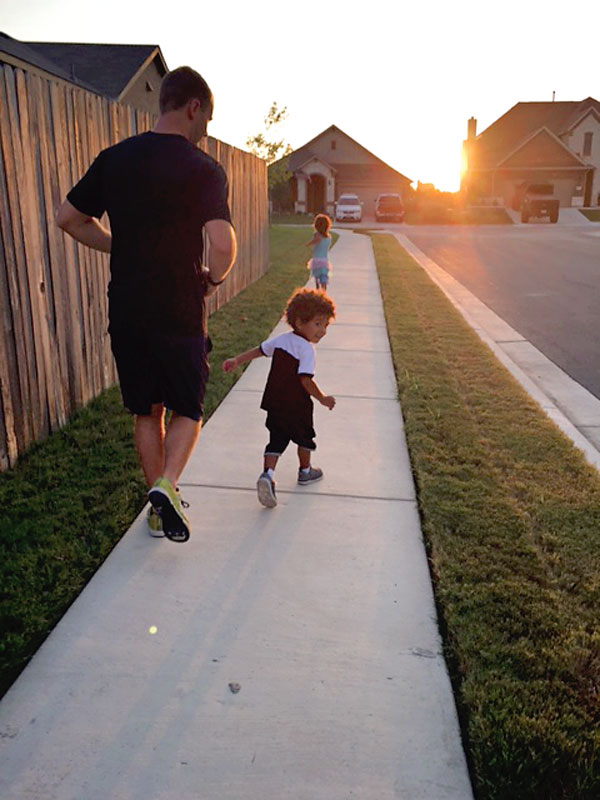 It takes a lot of restraint not to answer my phone with that question, but normally I’m able to squeak out “what’s up?”

So when I heard his voice trying to hold back a laugh I was surprised and relieved.

It was the most ridiculous case of road rage I’d ever heard.

“There was icing everywhere!” I caught bits and pieces of the account but had to wait until my husband got home to hear the full story.

A man, let’s call him Joe, called the police after becoming a victim of an extreme case of road rage.

Apparently, Joe had either cut someone off, or had done something else to upset the person behind him. And that person did not take it well. He swerved in front of Joe, and at a red light he reached over and pulled something out from the passenger seat. Then he got out of his car, walked toward Joe, and threw a sheet cake at his windshield. An entire cake. Then drove off.

Joe sat in his car startled, scared, and furious. And he called the police.

When my husband arrived, there was icing and chunks of cake in the road–but mostly all over the car. Trying to get all of the details for the report, my husband asked details about the man–and the cake. Joe was riled up about the situation, but started to calm down as he saw the humor in it.

Curiosity gets the best of me. Was he on the way to a birthday party with the cake? A baby shower? A celebration of some sort? What was written on it? Would he go back to buy another, or go arrive at his destination empty handed? Or was he just going to eat the whole thing by himself? And what flavor was it?

I wonder if he regretted the decision to throw it. Here, some driver got so upset on the road that he threw a perfectly good dessert at the person behind him.

Unfortunately, they never caught the cake-chucker. Even though this road rage situation has a funny twist, I’d never want to encounter anyone like that in real life. A cake today, and who knows what tomorrow.

We see aggressive signs of road raged drivers in Texas a lot. Often they’re guys with big trucks, and they drive around like they are in sports cars, swerving in and out of lanes as if they’re going to get their much sooner.

I didn’t realize this, but half of people who encounter someone with road rage retaliate with their own aggression. Of course, this only makes the situation worse. So even though sometimes people are riding so close to me I’m tempted to slam on my breaks just to teach them a lesson, I resist the urge. Not only because it’s the right thing to do, but because I’m always a little worried someday I may unknowingly tick off the wrong person.

They could be running late or having a bad day, but it’s no excuse to drive that way. Unfortunately, we can’t control other people, but we can control ourselves.

Here are some great Allstate tips of the do’s and don’ts of dealing with people with road rage:

DO stay away from them and try to stay calm.
DON’T make rude gestures or respond to the other driver’s rude actions.
DO avoid eye contact, the driver of the other vehicle may take your look as a challenge and become even more aggressive.
DO ignore it. The best way to deal with aggressive driving and rude gestures is to simply ignore it.
DON’T  try to out drive the person with road rage.
DO pull over to the side of the road if you feel threatened by the driver. My husband ads that it’s a good idea to pull into a public place if you are really uncomfortable and call the police.
DO report aggressive drivers. Aggressive driving and road rage between drivers is underreported. Motorists are encouraged to call police before incidents escalate.

I’ve never experienced road rage as extreme as someone throwing a cake at me, but I’ve had my fair share of people honking at me flipping me off.

It’s not like I’m a bad driver. I really don’t know what the deal is. I just occasionally seem to make people really angry. I try to just smile and wave while saying “sorry” hoping they’ll realize I didn’t mean to do whatever I did to make them upset.

Have you ever had an experience with someone with road rage? Or are you someone who gets angry while driving? I’d love to hear your story! 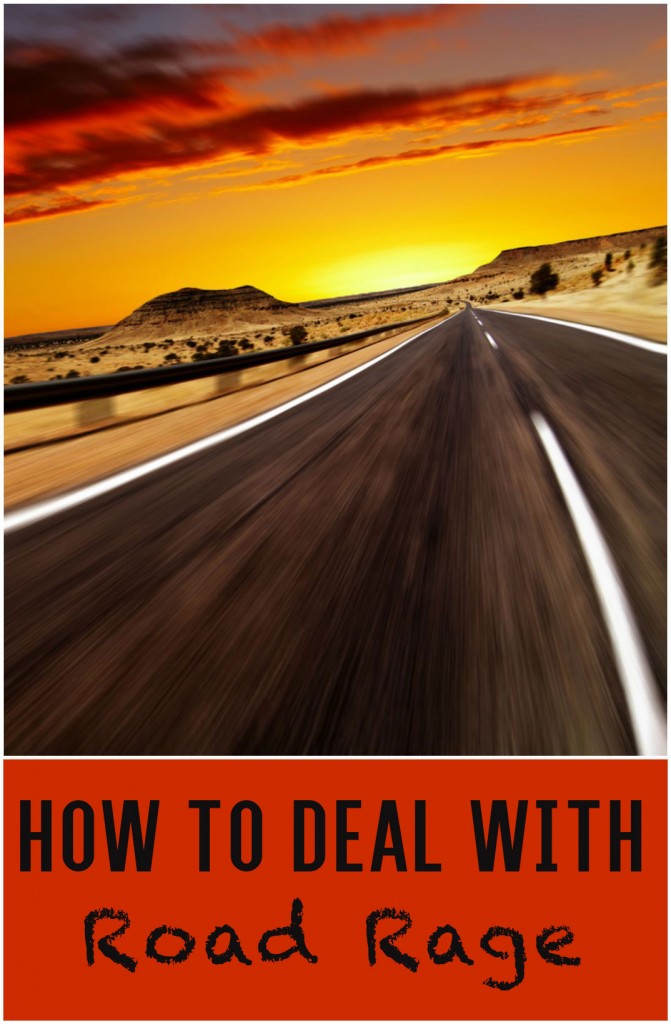 This post was written as part of the Allstate Influencer Program and sponsored by Allstate. All opinions are mine. As the nation’s largest publicly held personal lines insurer, Allstate is dedicated not only to protecting what matters most–but to guiding people to live the Good Life, every day.

I am forever amazed by how personal people make driving, but remember, this guy started it by cutting off the person who got pissed at him. Sure, the other guy didn’t handle it well, but if the caller had been more polite, conscientious, and a defensive driver that series of events might not have ever happened. You can’t drive any way you want (aggressive or not), and not expect a reaction. Don’t invite crazy into your world. You just never know who you’ll meet on that path.

My assumption is that something bad happened to the cake when the driver was cut off so the cake was already messed up (he slammed on his brakes, the cake went flying off the passenger seat, etc). The driver had no problem at that point dumping the cake to show his further irritation at having to replace it (or showing up empty handed). So that driver probably had to pay to replace the cake. I can see not being a happy camper about that. I guess he could have gotten the caller’s license plate and sued him for the cost of replacing the cake, but I’m not sure that doesn’t sound more ridiculous than smearing it all over the windshield of the idiot driver who caused the cake “accident” in the first place. JS 🙂

You know that’s a REALLY good point! Maybe it was already ruined from slamming on the breaks or something! Totally possible.

He must have been mad to throw a cake! I mean those are expensive and tasty. What a waste of a good dessert!?!

Glad it was only cake but I also have to wonder why the cake? Lots of stories behind that.
Road rage is seriously scary and those are great tips.
🙂
Traci

That story is funny, but also a bit scary. What if the next time that man throws something that isn’t quite as harmless as the cake?

Thank goodness it was only a sheet cake that he threw. I think we can all do to remember not to cut people off because that in and of itself is dangerous and can scare the driver you cut off. Sounds like that could have been the case in this situation and that scare turned to road rage by the time they reached the stop light. Still no one deserves to have something thrown at their car.

I don’t have road rage, but I’m not afraid to use my horn when needed! I always try to be a cautious and patient driver though.

It’s kind of funny to read about it as an outside observer, but I’m sure Joe didn’t find it funny while it was happening. I can see a previous poster’s point that Joe did whatever he did first, but I think people take it too personally. Even if Joe cut the man off, who’s to say he actually knew what he did? Maybe he has vision problems and didn’t see Cake Man. I’m not saying that should excuse Joe’s behavior, and obviously he should get his vision checked if that were the case, but it helps if people remember that it’s highly unlikely that someone who does anything to you in traffic is doing it “to you” – they’re just not paying enough attention or they’re rude and aggressive and you just happened to be the unlucky recipient.

Who wastes a perfectly good cake?! That’s probably one of the funnier stories of road rage I’ve ever heard! Thankfully I’ve never experienced anything like that and hope I never do! It’s scary what people are capable of nowadays!!

What a waste of a perfectly good cake! lol Honestly though, it’s only funny because nothing bad happened as we all know could have been the case!

Who would waste a good dessert on road rage?? Ugh crazy drivers scare me – especially when I have my son in the car with me…great reminders that we need to follow!