Alright, I must admit it probably was a little shady of me to hand my husband an elaborate 7-piece pirate costume when I just threw on some basketball shorts and a beanie. But what can I say?

In true mom fashion, I had spent so much time piecing together everyone else’s costume that I forgot to plan mine.

Initially I thought I’d play the part of Wendy. There are even some awesome cosplay costumes for under $20 on ebay. But I just didn’t get it together in time. So instead I went the Mr. Smee route. 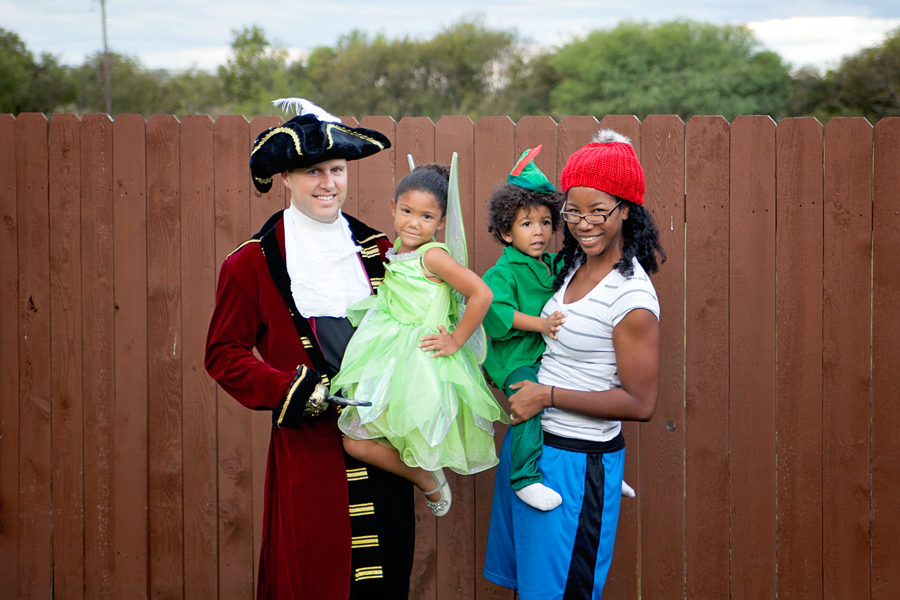 The morning of Halloween I was exhausted. I had finally made it home from my trip. All flights into Austin were cancelled because of bad weather around the time I was flying in. In my eagerness to get home I drove down with my dad, but we eventually hit a standstill on the freeway because of a section of the interstate was underwater. It took us about 7 hours to make it past that one spot.

I was so happy just to finally be home with my family, and snuggle my kids that I nearly forgot it was Halloween.

When it was about time to head out trick-or-treating, my husband emerged from our room decked out as Captain Hook and man, I wish I had a camera rolling to capture Lil’ J’s squeals. She laughed and hugged him and teased him to chase her. Her little brother was in shock, having never seen his dad in anything like that all he could say was “Umm…” and point at him. I later realized he was most impressed by his hat. 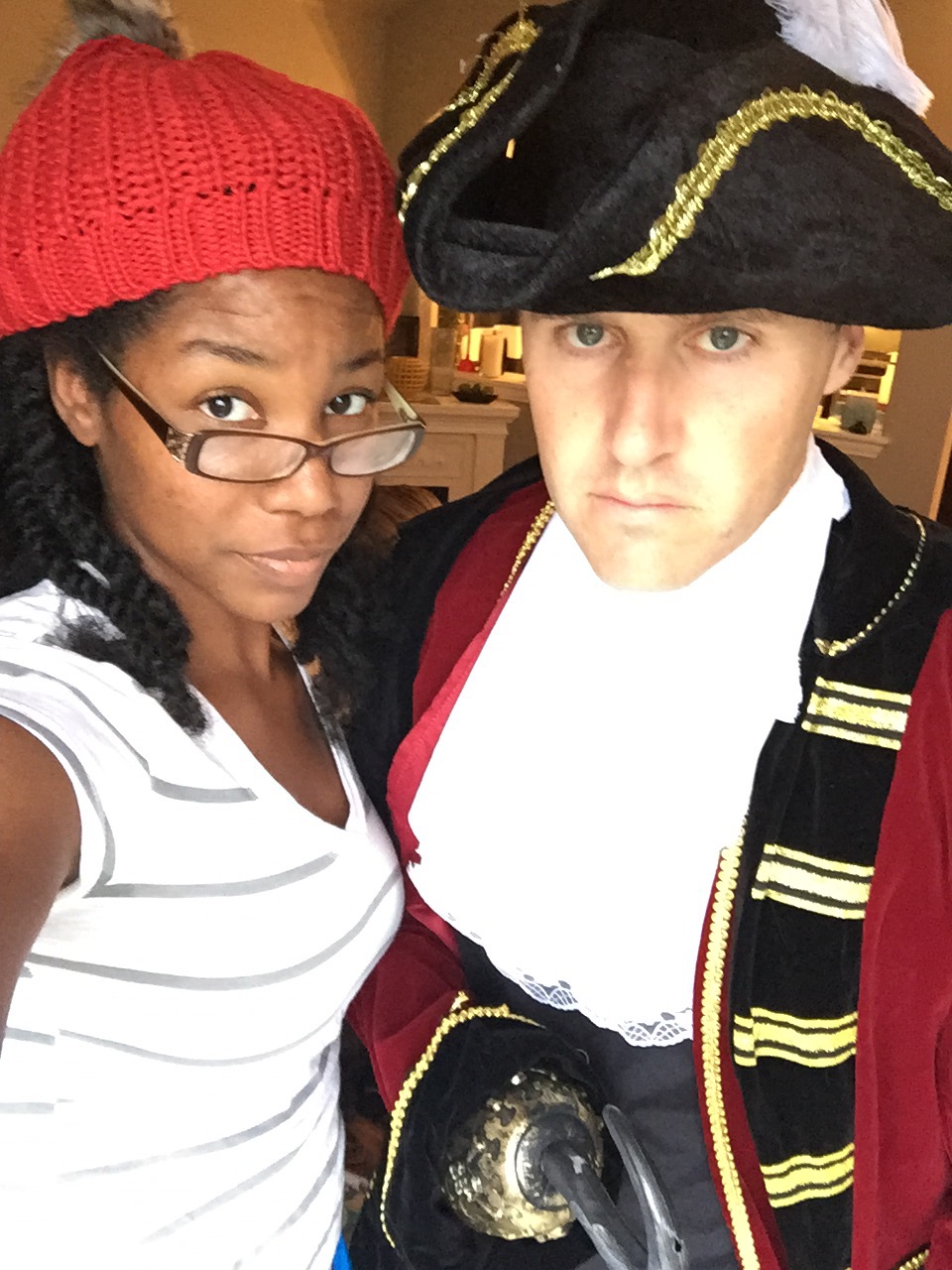 My husband had warned me before he would wear the costume for pictures but was NOT going out like that. I think he may have kept it on if it wasn’t so hot, but we are in Texas.

I think Big T had the most fun trick or treating. He quickly remembered last year, or got the hang of the process this year, and he didn’t want to go home after we had made the rounds. 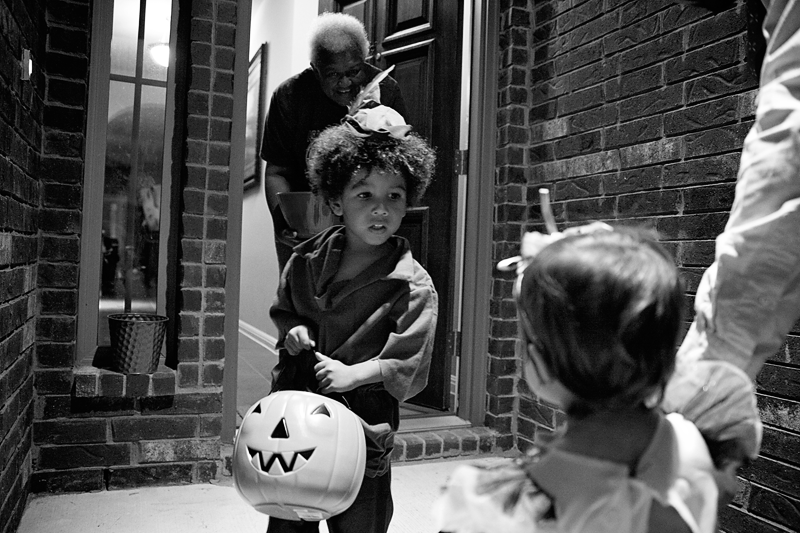 It was so adorable. He’s not even really that into candy, but he loves people watching and filling up a bucket.

I can’t believe I didn’t take any Halloween video this year! I’m kinda bummed, but I did get a lot of photos. They’re some of my favorites to look at and compare from year to year. 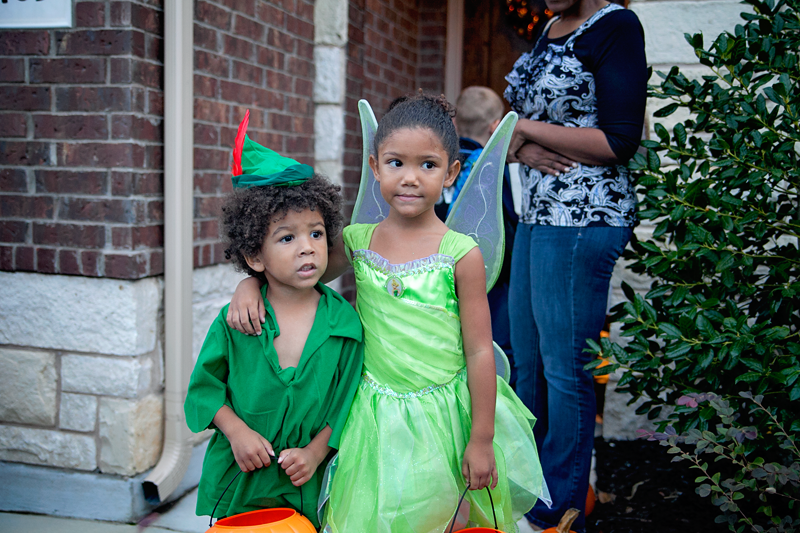 I’m not sure if I’ll ever manage to pull off a family theme again. I suspect it’s the last year my son won’t have much of a preference. Lil’ J told me she loves Halloween the most and is already thinking about next year’s costume. Right now she’s thinking superhero.

Did you have a good Halloween?

Lucky you that your husband will crack under pressure and dress up! My husband refuses to do ANYTHING.. but I guess that’s what I get for marrying someone who didn’t grow up celebrating Halloween. Valentina is def with Lil. J… Halloween is her favorite and she’s already thinking of next year too!!

I so wish we lived in a neighborhood where we could go trick or treating! Love you guys costumes!

JJ is not here costumes, but he loves the candy. Moo is definitely the biggest Halloween lover of our family. She loves the dressing up, people watching and treats. For the last four years she’s been a princess and has already decided to be a princess again next year.

Haha, Big T wasn’t a huge fan of his costume, but once we got outside and he saw ALL of the kids all over dressed up, he seemed to be like “oh ok… this is a thing.” Just like Moo! haha. That’s so sweet that Moo already knows she wants to be a princess next year. She sounds like me! I wanted to be some variation of a princess every single year.

Great costumes and lovely photos! 🙂 I never went trick or treating as a child but wish I had. It’s bigger in the UK now than it used to be. If I have kids in the future I’ll take them!

So cute! I love it when families dress up in coordinating costumes. 🙂