Gugu Mbatha on Following Your Dreams

I adore a beautiful passion story. That’s exactly what came through during our interview with Gugu Mbatha-Raw during Disney’s A Wrinkle in Time. I loved her in the movie “Belle” and I adored her part in Disney’s “A Wrinkle in Time” as well.

I’ve usually got my emotions locked down pretty tight but maybe it’s the pregnancy hormones, or maybe it was just that good, but there’s a scene with Mbatha at the end of the film that has brought me to tears twice in a row.

During our interview we spoke about everything from the film to hobbies to fragrances, and big dreams.

She said something she loved about the film was all of the great lines about being yourself. 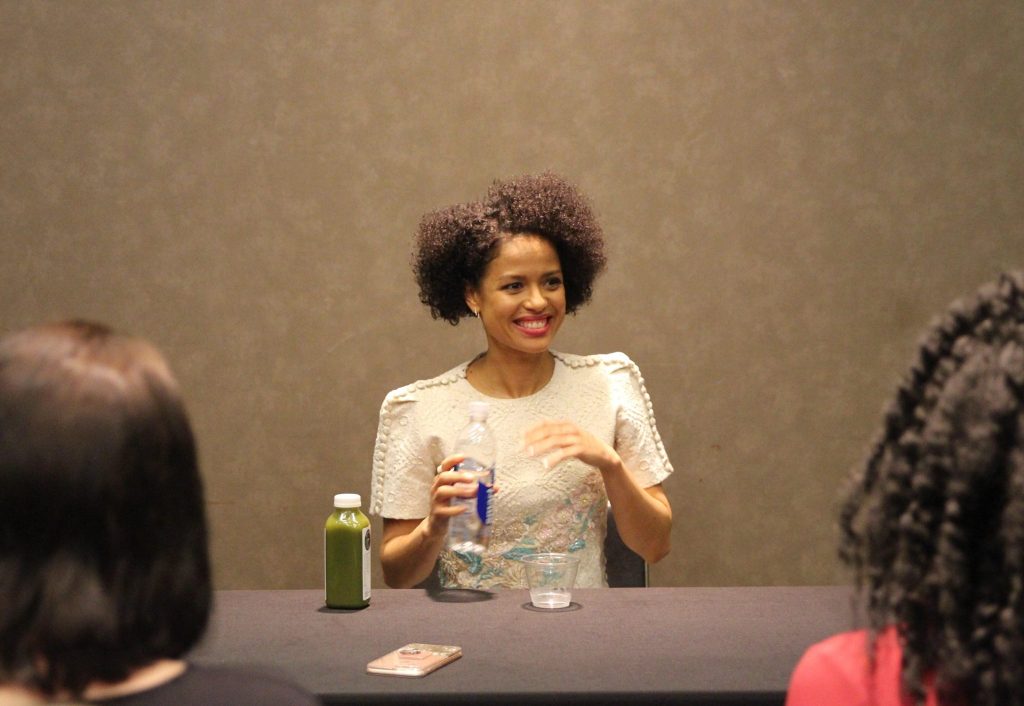 Gugu Mbatha-Raw (“Dr. Kate Murry”): via Louise Manning Bishop / MomStart.com
“I think Oprah has the line you know all you have to do is find the right frequency and be who you are,” Mbatha said. “And I was like, that’s the key to life, isn’t it? Just find the right frequency. Find your tribe. Find your purpose. Find the thing that sets you alight and you know your frequency, your vibe and then just do that, do you, be authentic.”

There were some pivotal moments in her childhood that made her realize she really wanted to follow her passions.

“My mom was a nurse,” Mbatha said. “She was a single parent. She worked full-time. She didn’t enjoy her job. I would see her come home from work really tired. And you know I remember thinking quite clearly when I was about 11, I was like ‘okay, I’m going to do a job that I love because I can see that this is wearing on my mom.”

She knew it was a sacrifice on her mom’s part for her, but it inspired her to follow her dreams. “If I get the chance I’m going to do what I love,” she decided. “So I made my hobby my job basically.” 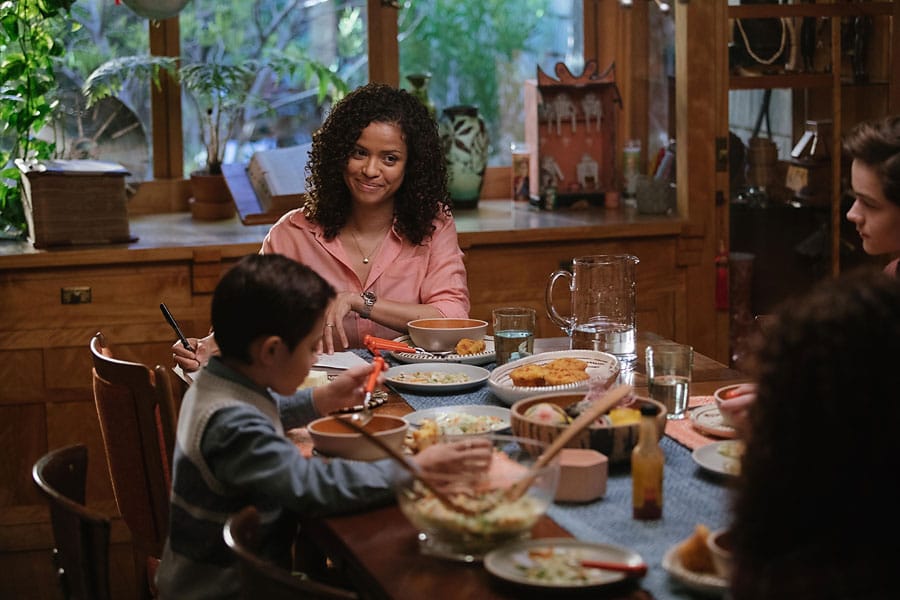 Disney
In case you are totally in the dark about A Wrinkle in Time, here’s a bit to get you up to speed: