I generally don’t like to publicly admit to things I do that I shouldn’t do. I mean, you know I’m not perfect, but I try not to let you in on exactly how imperfect I am. But today, I’m going to make a confession. Not a silly one, but something serious that I’m committing to change.

See, I don’t smoke, so I’ve never had a smoking habit. And I don’t drink, so I’ve never had a drinking problem, or ever been tempted to drink and drive. Drunk drivers are actually one of my biggest pet peeves. Why it’s so socially acceptable to do this, I don’t know. But you know what? I do something that is arguably worse, and until I stop, I really can’t talk. 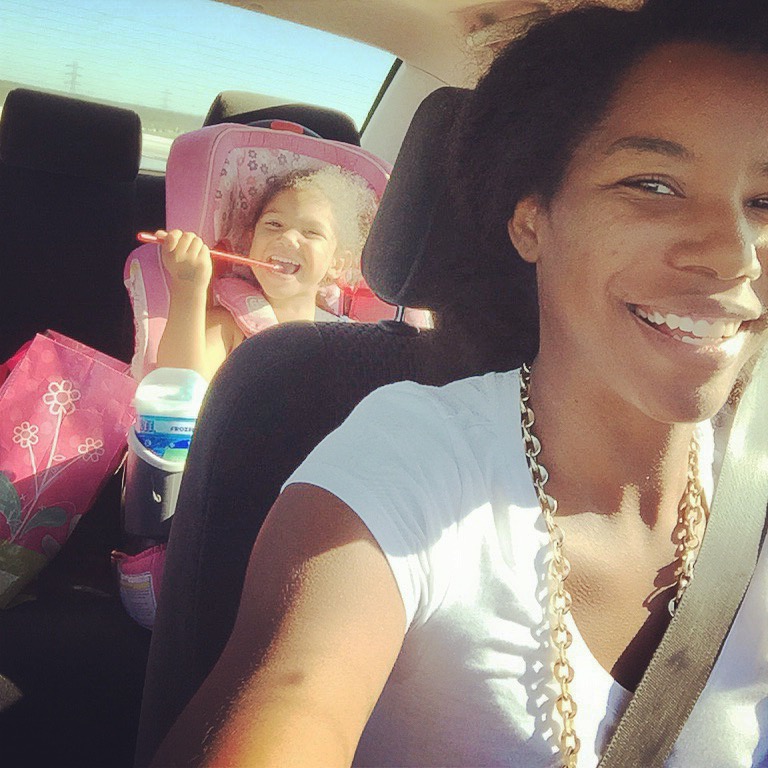 I text while driving.

Not just text. I’ll check an email, send a response. I’ll start responding to an email at a red light and try to quickly finish it as I start driving on green.

It’s a terrible habit, and I’m going to stop. Now.

The funny thing is it really annoys me when I’m in the car with someone else who is using their phone while driving with me in the passenger seat. I’m thinking really? And trying my best to watch the road for them.

“It’s never worth it.  If there’s a phone call so important or a text so crucial that you need to address it right now, then it’s probably important enough to pull to the side of the road for,” the Allstate Information Team told me in an interview. “I always try to think about how awful I would feel if I caused an accident and injured myself, my passengers (especially kids) or another driver while checking Instagram or responding to some meaningless text. It can wait!” 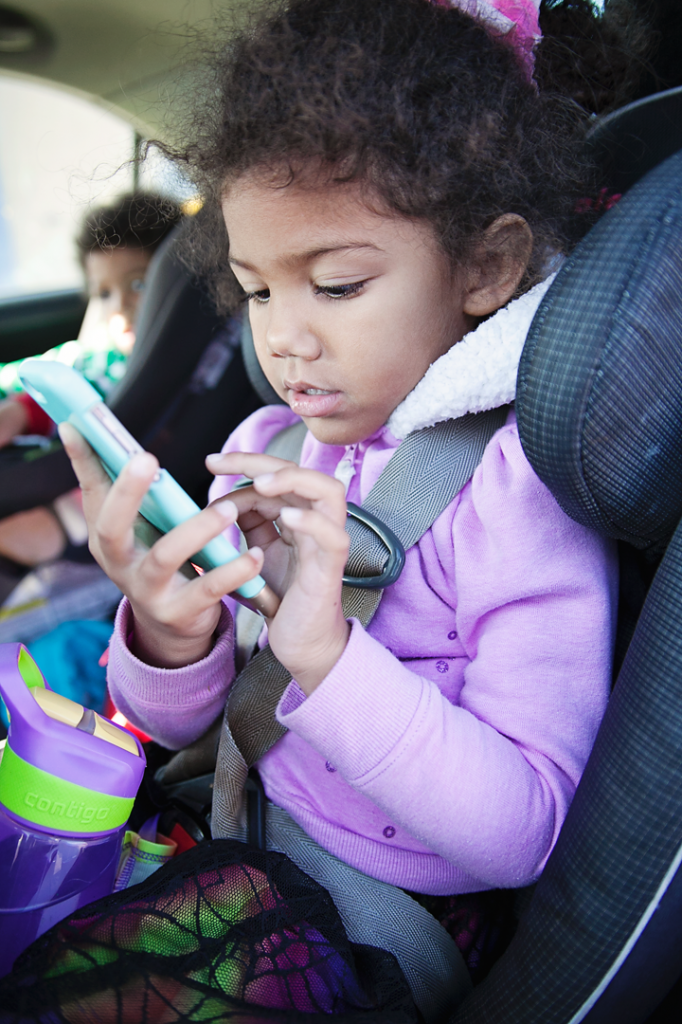 My husband deals with a lot of accidents at work, and he says people don’t readily admit to using their phones at the time of the crash. However 71% of drivers admitted to Oprah, that they read, send texts, or email while driving.

I’m willing to admit that I’ve done it. More often than I’m proud of. Though not when my kids are in the car, it should have been never.

I’ve been turning my phone to silent or putting it in the back seat where I can’t get to it, but the Allstate Information Team has other ideas too.

“Turn email & text alerts off or silent them,” they said. “You can also turn on the “Do Not Disturb” option on your iPhone. You can also overcome temptation by keeping your cell phone out of reach. Place you cell phone in your purse or briefcase, away from the front seat so you’re not tempted to use it while driving.  If you don’t feel the buzz of a new text or hear the ping of a new email, you won’t be as tempted to check them.”

We don’t have fancy new cars with Bluetooth but it may be something we consider after we drive our cars into the ground and look for newer ones. Or maybe in the mean time I will look into a headset. But I don’t ever have phone calls that are so crucial I need to take them while driving.

It’s a LOOONG way away, and who knows what technology we’ll have then, but I wouldn’t want my kids to be using their phones while driving. I’d be devastated if something happened to them.

Remember how things were 20 years ago? Wow. A lot has changed. 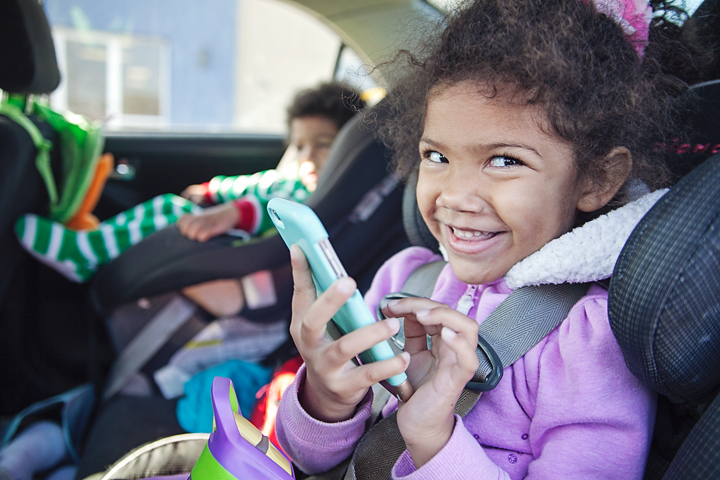 Thousands of people are killed every year because of distracted drivers. And hundreds of thousands are injured. It’s a serious problem. And I don’t want to be a statistic.

“Distracted drivers are the biggest threat on the road,” the Allstate Information Team told me. “It’s hard enough to maneuver intersections, potholes, construction, and normal traffic without ‘normal traffic’ updating their Facebook status. It is important that we drive defensively and be watchful for those we share the road with. We might practice every precaution to avoid cell phone usage while operating OUR vehicle, but our fellow drivers might not be so cautious.”

I’m only five years late, but I’m taking the Oprah pledge, heck–My own pledge–to stop checking my phone while driving. For real this time because seriously, it’s not worth it.

Are you with me? Or WAY ahead of me?

This post was written as part of the Allstate Influencer Program and sponsored by Allstate. All opinions are mine. As the nation’s largest publicly held insurance company, Allstate is dedicated not only to protecting what matters most–but to guiding people to live the Good Life, every day.

I don’t generally text while driving, though when I do, I am alone and/or stuck in traffic. I have an older car too, but recently installed a new stereo so that I now have Bluetooth, but I can’t listen to my music and have the phone linked at the same time (still trying to fix that issue). So if I am fiddling with the phone at all, it is me switching between the two sources, Bluetooth Audio and Bluetooth Phone.

I don’t agree however with putting the phone somewhere where you can’t reach it. It is imperative that I be able to access and use my phone in the case of an emergency. Car accidents have a tendency to throw things around the car and out of reach…and if you need it but can’t reach it, boatload of good that’ll do you. I can’t say as I agree with that piece of advice, especially when it is just me and the kids. I do put my phone away in spaces in the car where it is easily accessible and will stay put.

Maybe it is because I live in the boonies and you can seriously crash out here on a snowy evening and no one would find you for days. Some things should just always be within reach no matter what: water, phone, something to break glass. Call me crazy.

Oh man, I didn’t even think about that Yovonne. I guess I assumed “someplace you can’t reach” meaning like a purse or something that’s next to you or in the backseat. So TECHNICALLY you can reach it at a stop or something, but it’s just more annoying (and less tempting) to do so. lol.

Good for you! As you say, it’s a habit. And habits can be hard to break.

A visual reminder is also helpful for not texting while driving. It’d be a great excuse to get a pretty thumb ring that you see each time when you pull out your phone. Only wear it in the car to really push the message.

That’s a great idea Nicole! Love the thumb ring idea. I can’t really talk on my phone while driving because I can’t hear anyone, but once I get that issue fixed that will probably be a tempation too, or maybe the habit of talking will be kicked sine I’m used to not doing it now.

I admire your sister-in-law! What a great resolution. I’m so glad it’s going well for her! Seriously, it’s just a phone call. We all survived before we had “car phones” and cell phones. And maybe we should all be a little more understanding of the people we’re calling when they don’t answer right away.

In the bottom 2 photos, your daughter’s carseat straps are not tight enough, and one of the straps is twisted. To ensure that she is as safe as possible, please untwist that strap and then tighten the straps.

Haha, I was waiting for someone to point that out. I took that this morning when we were getting out of the car at her school. I was like “oh wait, get back in so I can take this pic!” I made sure the top was right real quick but totally missed the bottom. Thanks for being such an advocate!

I read an article awhile ago about painting your thumbnail red as a reminder to STOP and put that phone down.

I’ve lost my phone (again) so there isnt much temptation for me currently. 😉 But I’m try into do better if I actually have a phone.

That is a fabulous idea!! Thanks for sharing Erin. Sorry you lost your phone again, you sound like me! haha

My husband was in a car accident a few years ago now because a woman checked her phone at a red light, looked up and thought the light had changed, and then went through it, and right in front of my husband, totaling our one and only car, and breaking his sternum, which caused a host of issues for us for several months, including loss of pay from work, which was hard for our already low-income family.

So, yeah, we have some strong opinions about people texting while driving. EVEN AT RED LIGHTS. If you need to use your phone, do it while parked, before you leave, and then turn it to like airplane mode or something until it’s okay to use again.

Oh my goodness, I’m so sorry Katelyn. I’d be so upset if something like that happened to me, and devastated if I was the cause of that happening to someone else. Thanks for sharing your story.

I’m guilty as charged. No bueno.

Pledge with me James!

I will admit as soon as I get to a red light I immediately start texting. It is a bad habit and I definitely try and not drive and text because I don’t want to get in a car wreck.

I do everything in my power not to. I’ve sent maybe a couple texts while driving, ever…and I think those were on a long-distance highway with plenty of space around me and no obstacles. And I did it VERY slowly so I had plenty of time to look up in between letters. Once in a great while I dial my phone and put it on speaker, or hook up my Bluetooth, but I also try not to do that while driving unless I really need to. And I especially try not to do it with the kids in the car. My husband, on the other hand, does it all the time and it drives me NUTS. I yell at him when he does it, especially when it’s totally not a good area to do it. He just got an iPhone 6+, so I’m hoping it’s just too darn big to do it with one hand 🙂

Jennifer great share. I don’t use my phone often when I drive I prefer to listen to my music but yes I have tried sending a text or two in the past and realized it just isn’t worth it.
Good look and keep us posted! xo

I have to admit, my heart skipped a beat when you admitted that!

I always get so nervous when I see people on the roads beside me looking up and down and you can tell they are doing something with their phones!

Good for you for talking about this and resolving to stop!