Disney World vs Disneyland: He says/ She says

My husband has been promising Lil’ J we’d go to Disney once she turned four. She hasn’t mentioned it since her birthday but I’m already making plans in my head. When trying to sort them out with the hubs, we seemed to be talking about different theme parks it went something like this: 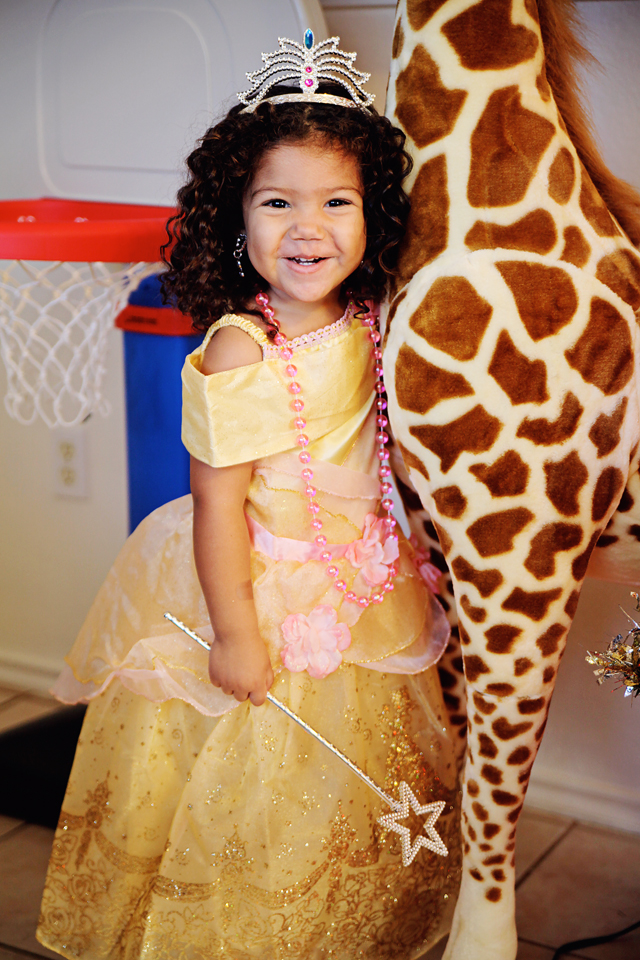 What say ye? Have you been to either or both? We’re right smack dab in the middle of both of them.

Tags: Disney World, Disneyland, He says she says, he says/ she says, kids

The only argument I’d have for going to Disneyland now is that T is so young. You may want to do a Disney World trip when HE’S 4 or 5 when they both will be able to remember and love it!

After reading all the suggestions I’m starting to agree with this idea! Thanks!

I agree, Disney World is a MASSIVE undertaking with 2 under-5. Much better when they’re a bit older and you can do more rides and attractions. Disneyland is much more doable for their age.

I have been to both and Disney World was a lot when you wanted to visit another park. Waiting for the buses to pick you up and it made multiple stops on the way to the park you were going to. We have been to Disneyland the last 2 years starting when my daughter was 3 and she still remembers both trips. We are skipping this year since we have a small baby. But I personally Love Disneyland a lot more!! We rented a house right by Disneyland, which was a nice option. There are tons of hotels outside too if you don’t stay in a Disney hotel. Then if you get the hopper park passes, it’s just a short walk to the other park. We did 5 days of Disney last year and still didn’t see everything!!!

That’s great to hear! Do you find it’s more affordable there as well? I’ve never been to Disneyland so it could be fun for me too.

We just took a trip to Disneyland with our 3 year old daughter. I highly recommend it over Disney World bc it’s much smaller. We did a 2 day park hopper bc the parks are literally right across from one another! Our daughter passed out both days around 5pm for an hour nap! Lol! It is super exhausting for the little ones even though she had a blast! I am against taking strollers now that she’s 3 so we had her walking everywhere on her own too. I’m actually against strollers all together at theme parks bc you have to park them everywhere and trust no one does anything and they just get in the way!! But that’s just me! We thought about Disney World, but it is soooo huge! My parents didn’t even take me and my brother until we were 9 and 11 so we could ride everything and not need naps and last a whole week! Our girl was way tired after only 2 days and the parks are much smaller. She also got upset she couldn’t ride everything yet since she loves all the rides! We will go back once she can ride everything and make it through the day!

I tend to be anti-stroller at theme parks as well Mandy. I don’t think I’d be all abut holding my 2-year-old but maybe a baby carrier would be a great option. I think strollers can be bulky. I’d make our 4-year-old walk with us though. Good exercise 😉 And she tends to not nap. It’s fun imagining her passing out at the end of a day of fun.

I’ve been to both. As an older kid or adult Disney world is way better. But the magic kingdom, which is the park geared towards very young kids, is good in both locations. I did not go to California adventure but hear it’s great. IMHO magic kingdom is boring for adults. So I’d definitely say Disney world is better, but for your kids ages it doesn’t matter yet. But going either place at spring break is a terrible idea. Terrible.

Haha, I’m anti-spring break as well. Hoping to talk him into this fall if it’s not too late to book, or even January or some time that no one else will be saying “hey, let’s go to Disney!” I guess for my selfish reasons I want to go to World. I haven’t been since I was a kid. But maybe we’ll go there when they’re older and Disneyland sooner since they’re small. Thanks for the suggestions Sarah!

My husband and I plan on taking our two little within the next two years. We have family there, so it would be nice to kill two birds with one stone. It would be nice to visit Disney land at some point. I’ve always wanted to visit. Cali. Which ever you guys choose, I’m sure it will be fun.

Thanks Stacy-Ann. I think we’ll have fun either way too 🙂

If you go to Disneyland, Alina can show Lil J all the cute photo spots 😉 Disneyland. That’s my vote!

Ok, I’m really liking the sound of this idea!

My parents took me to Disney world when I was a baby so I don’t remember it. I’ve seen pictures and home videos that were pretty promising however and I definitely want to go now as an adult. We went to Disneyland my freshman year of high school and it was super boring! I missed important marching band practices for a pretty lame excuse for a vacation. We were supposed to go to the beach that day….

I just did Disney World last month with a nine month old, three, and four year old. They had SO MUCH FUN! I’ve never been to Dosney Land but if I could live on the Disney World Resort, I would. It’s doable with small children, you just have to be organized. I think someone as Disney oriented as you will not be bored! I was extremely excited the whole time.

Loved reading this Adrienne! which parks did you guys go to and how long was your trip?

We were there for six days and went to Disney World, Universal, and Island of Adventures. We drove so that we could leave when we wanted instead of waiting for transportation. We also took a stroller to carry the kids quickly and to carry kid items (diaper bag, food, drinks, etc.). We also brought a backpack with extra water, snacks, and ponchos. While there wasn’t always a kid in the stroller, it was extremely useful to have.

I’ve never been to Disneyworld but I LOVE Disneyland and I’ll be taking my almost three yer old in September for her second time. I know there is less to see at Disneyland, but you have to take it slow when they are young so there is definitely plenty to do. California adventure also has some fun kid attractions. Also, going Spring Break might not be a terrible idea depending on how your schools calendar compares to the local state or surrounding states. We always look at the blackout dates for the cheapest annual passes since the busiest days are typically blacked out and you can also google several websites that have crowd predictor calendars based on previous years stats.

I’m definitely looking at the blackout dates now. Thanks Sarah!

I went to Disney World last year with my five year old and my seven month old. My in-laws paid because they have a timeshare there. We’d never have gone otherwise, though we all survived. The baby was very content in his stroller and the big one did pretty well with all the walking, but break days were a must. Disney World is awesome, but it was a lot for everyone. I went when I was three (back when it was one park) and again when I was nine (just MK and EPCOT) and loved it. Now with four parks it is a major challenge. Hollywood Studios and EPCOT skew a bit older in general. I’ve never been to Disneyland so I can’t compare, but if you can get a better deal at Disneyland I’d suggest that it’s probably a better option at this point. If Lil’ J’s main goal is to meet characters, that will probably suffice until both kids are older and can enjoy more at DW. Avoid breaks while you still can without Lil’ J missing school. They are crazy. I think the biggest tip with DW is that there is NO WAY to do it all, so you have to prioritize and prepare yourself to miss out on things. Circumstances intervene and sometimes it’s just not worth it. So prepare to miss things and just be OK with that. That said, with DL being a bit smaller, you may not have to do as much of that there!

Thanks for the advice AmyRyb! Great words of wisdom. I can picture myself trying to plan this elaborate trip then we are too exhausted to do it all. I think either Disneyland or a park or two at Disney World will be fun. There’s no way we could do Universal Studio and the whole shebang while they are this young.

What’s up to every body, it’s my first go to see of this blog; this blog carries amazing and in fact excellent
material for readers.