I always saw myself as a pretty creative person. I was in Odyssey of the Mind when I was in elementary school, and I surprise myself from time to time with the ability to think outside of the box.

I was challenged to think of something cool to make out of toilet paper rolls. Why? Well, because White Cloud has just announced the start of their new Imagination Unrolled Contest where you and your kiddos have the chance to show off your creative juices.

The coolest entries will have the chance at winning the grand prize of $1,000 and $500 for 2 runners-up! –You’ll get to get your friends to vote for your picture!

Basically, the concept is to use While Cloud toilet paper or paper towel rolls you have lying around (I found about 5 in my trashcan (I know, I know… I’m going to recycle from now on, or save them to play with later).

So what did I do? Well, first I looked at the other entries. Then kicked myself for not thinking of some of those. And I had some trial and error with a few things: A windchime, and a baby mobile. I won’t post the pictures to save myself from embarassment.

I kept thinking “binoculars” but that was just too obvious. So I settled for the next less obvious thing, but adapted it to something I think is creative… Napkin holders! But not just any napkin holders.–Napkin holders with team spirit!

You know–Something to bust out at a superbowl, or game-watching party.

And they’re so easy to make. Just grab your TP rolls, some glue, your favorite fabric and scissors! 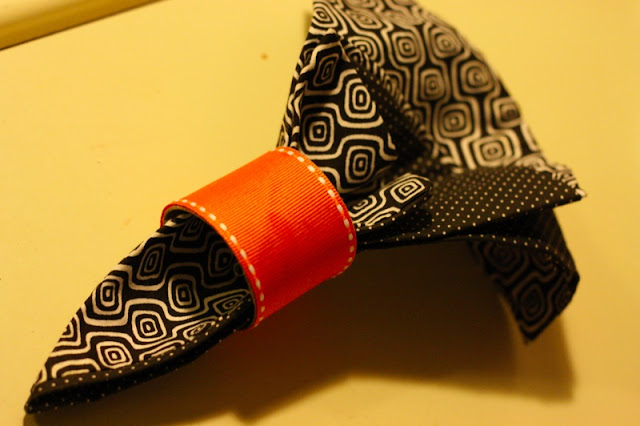 Convinced? Ok, so maybe my creative skills are lacking… If you’re like me but still want to win some moolah, join the #WhiteCloudMom’s Imagination Unrolled Twitter Party Thursday night.

Thursday, October 21st 3pm – 4pm CST, they’ll be giving away a $50 gift card to a random participant every 10 minutes!

Follow the host @WhiteCloudMom and #WhiteCloudMom to participate. They’ll give tips on how to “unroll” your imagination! I’m hoping I come up with a better idea for my entry after the party.

Never been to a twitter party? Just go to tweetgrid.com and enter this:

See you there! So what do you think? How did I do?

*Disclosure: I am a White Cloud blogger, and I am compensated for my time. All opinions are 100% my own.

i will def enter this. I think your entry was adorable though.

That’s pretty creative and it looks good. Can you make some Florida Gator ones and send them my way. Just kidding. I know that Gator apparel is probably not even allowed in the state of Texas, much less your home. LOL. Not a bad idea though 🙂

Very cool. I’m crafty, but I’m not good with coming up with ideas. I’m just a good copier.

Napkin rings were creative. I really like the orange ribbon one. It looks super cute.

Pretty darn creative. I would use those napkin rings myself!