“What’s Milk Day?” My mom recounted my 9-year-old sister asking that question earlier in the day.

“We don’t have school on Monday because of Milk Day, what’s that?”

It then clicked with my mom that she was asking about MLK Day.

I laughed hearing my sister’s question to her, then realized I need to get on the ball with teaching my kids or else we’d be heading down the same path. It’s a part of our history. And I don’t mean just as an interracial black/white family, I mean a part of ALL of our history, as Americans.

My daughter loves knowing what holiday is coming up next. My birthday was last week and the day after she asked me “what’s next?” with a big bright excited smile on her face.

“Valentines Day,” I said after thinking for just a moment. “Oh yea, with the hearts and stuff!” She remembered. Then it dawned on me, “No wait,” I said. “Martin Luther King Jr. Day is next,” I told her.

“What’s that?” she said. Now she’s only four, and she asks a lot of questions, so I didn’t go too deep but I said “He wanted everyone to get along, because not everyone was treated the same back then.” I reminded her of a book we own that has Martin Luther King Jr. in it, and said we’d read it again when we got home. For now, she was satisfied with my answer, although I know she was probably trying just to figure out if it was a holiday that qualifies for cake-eating.

I’d imagined myself checking out a big array of library books on the topic, but I dropped the ball and didn’t account for the library being closed today (duh!). We missed the candlelight walk, and festivities downtown this morning. But I was determined to celebrate with my family. 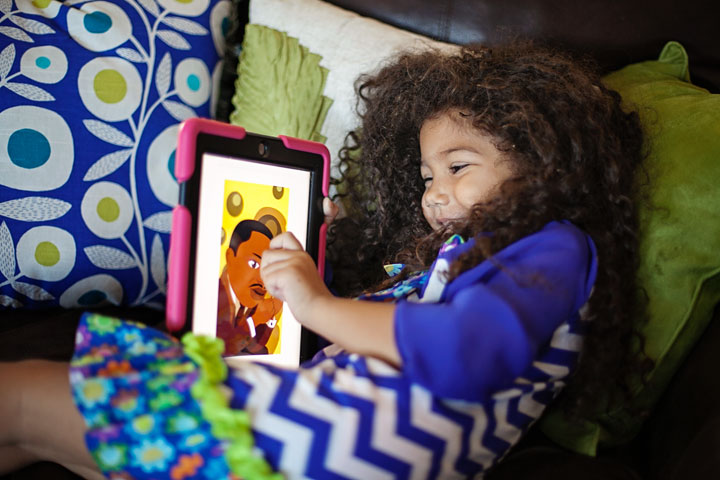 Instead I threw some stuff together and made a lesson about MLK. While my husband was at the gym with the kids I set aside the finger paint and downloaded a new super cute toddler and preschool-friendly book on my Kindle app called “Martin Luther King Jr. A Celebration for Children.” It uses each letter of his name to describe what he did for the world. I it was the perfect introduction for my 1-and-a-half and 4-year old.

Lil’ J was concerned as I explained how some people weren’t treated the same, just because they look different. She pointed out that she and I looked different from one another, and I said yes, but we all have feelings and want to be treated the same. 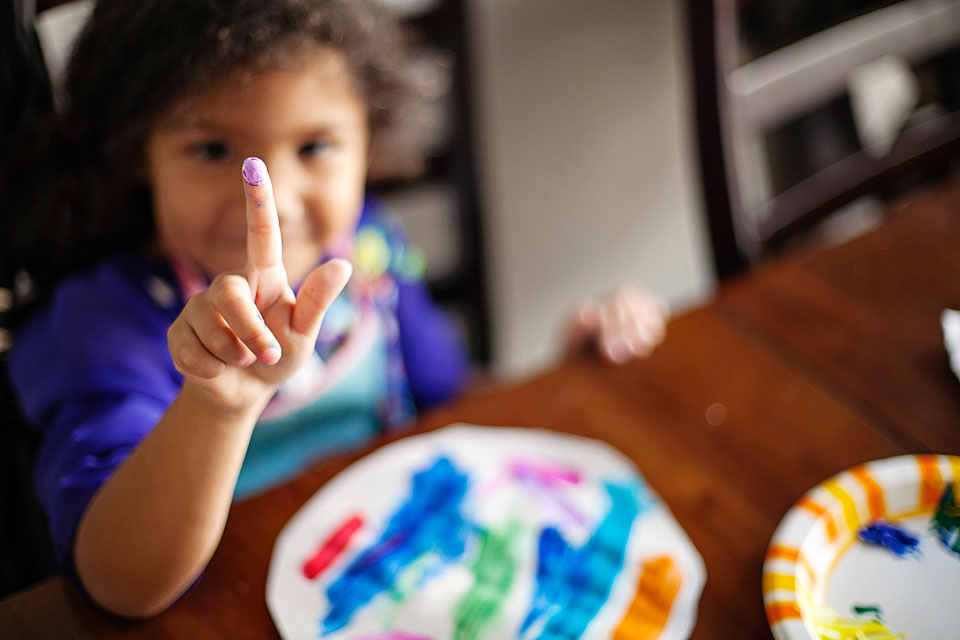 As I watched my daughter finger paint the planet, she mixed purple and white together. “Look! I made light purple!” she said. I told her our family was kind of like her different shades of purple, and she said “And we’re all the same!” 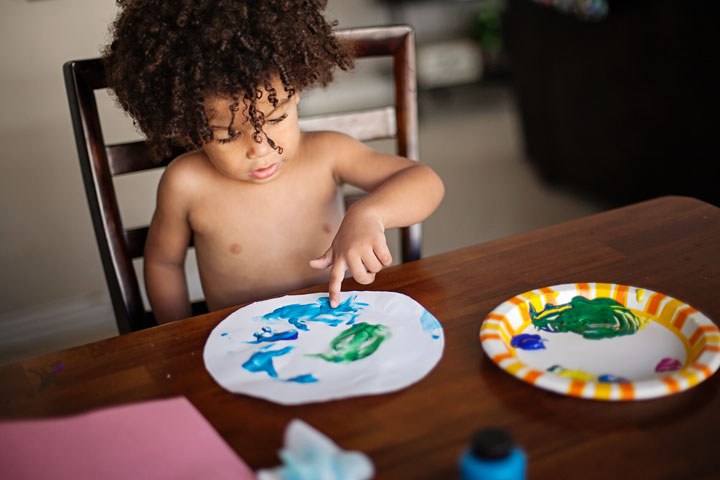 Big T didn’t have as much fun as I thought he would painting. Who knew he doesn’t like having messy hands. 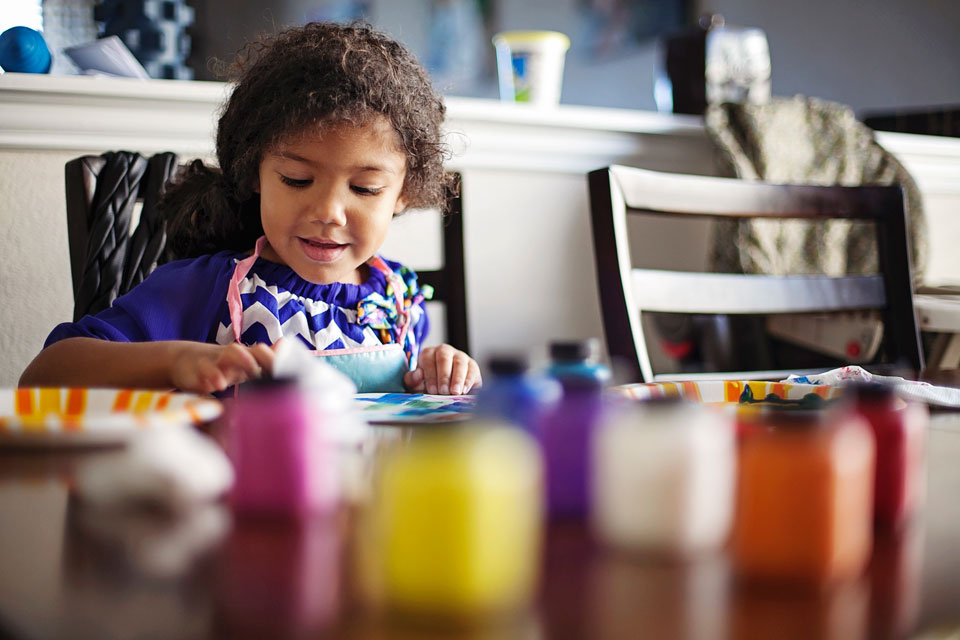 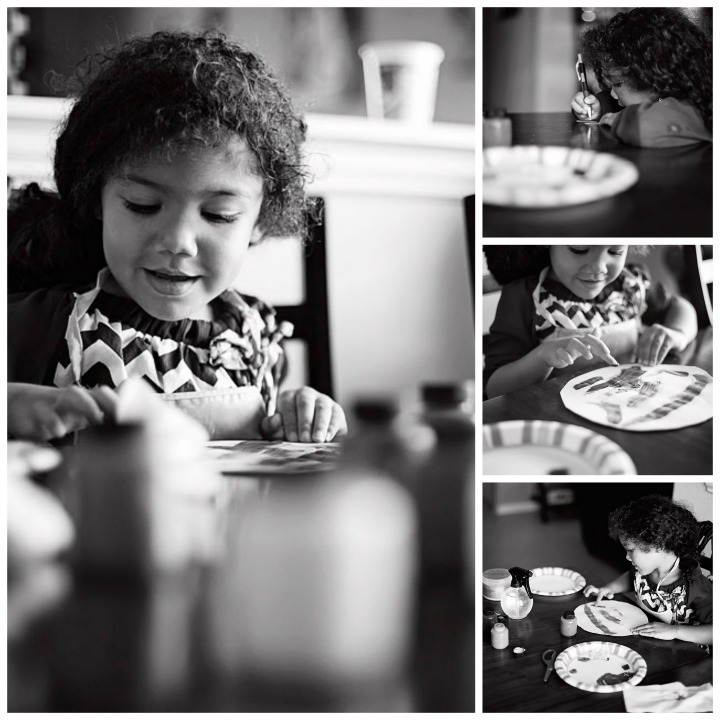 When we were done painting I had my daughter tell me her dreams for the world so we can put it on top. 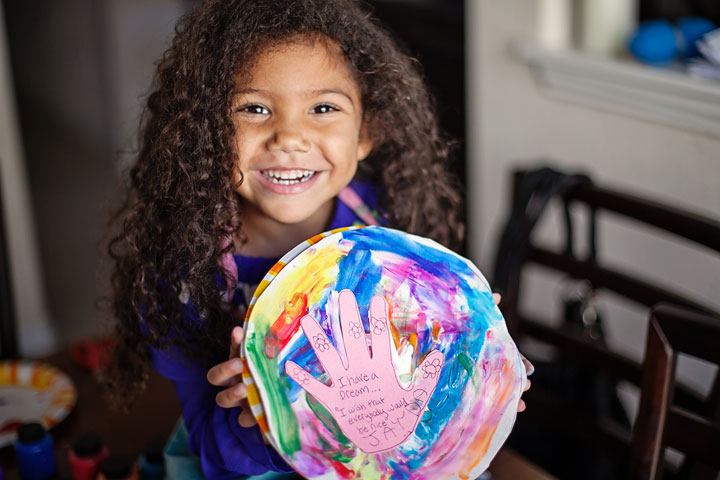 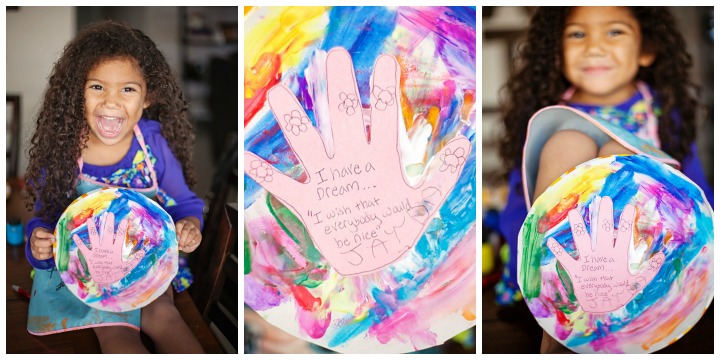 “I want the same thing as King Jr,” she said. “I wish that everybody would be nice.” She signed her name and stuck it to the world (after decorating the rest of her hand of course.) 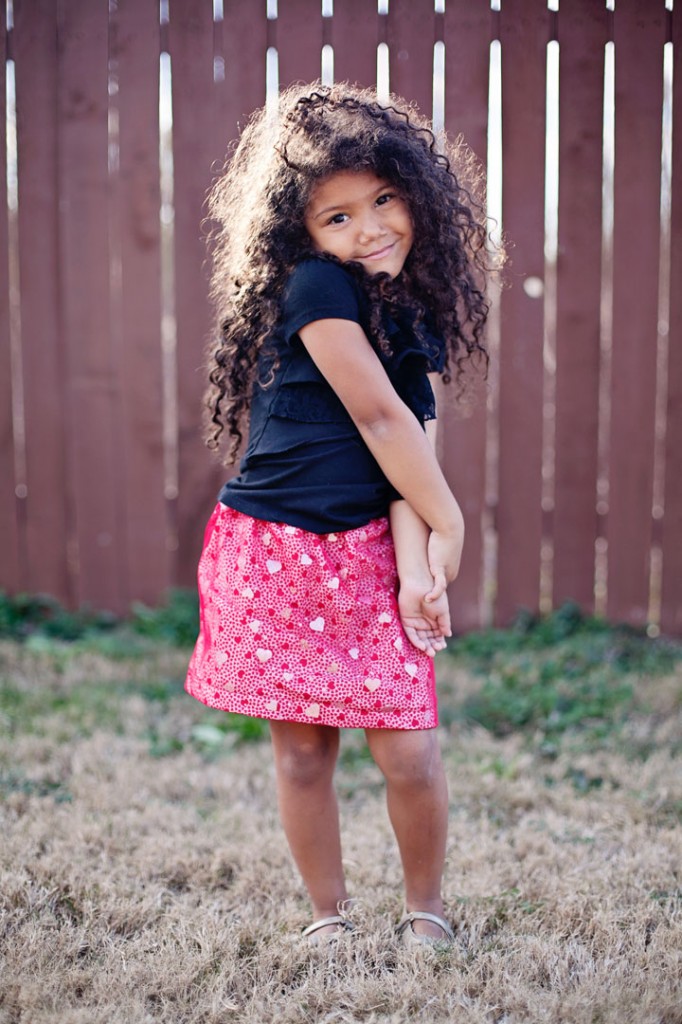 During my son’s nap I also sewed Lil’ J a new skirt. She picked out the fabric for Valentine’s Day but I told her it would work for today too.

“Yea, because King taught about love!” she said. Yes! She’s getting it!

I was hoping we’d take a walk down to our neighborhood park and pick up trash along the way to demonstrate giving back and talk about MLK Day also being a day of service, but it got dark before we got a chance. But we will probably just pick the lesson back up tomorrow.

Finally… we’re starting a new tradition and making a MLK “peace pie” because if there’s any way to get my daughter to remember a holiday it’s through dessert. In the future we’ll make it from scratch but this year we’ll just decorate a frozen pie. 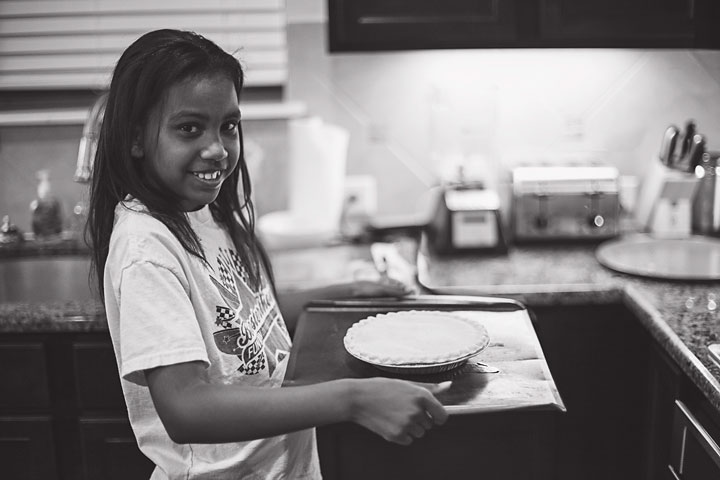 I invited my sister over to celebrate with us this evening. She was sad she missed the finger painting so I pulled it out for her to make her own dreams for the world.

How’s that for last-minute planning? Not bad right? The good news is there’s no wrong-day to talk about MLK and what he represents. Don’t feel bad if you didn’t think about it until just now! There’s still time to sit down and talk about what this day means. The one lesson that’s most important for them to know is about LOVE, and learning to love one another despite our differences.

Did you talk to your kids about Martin Luther King Jr today? How did it go? 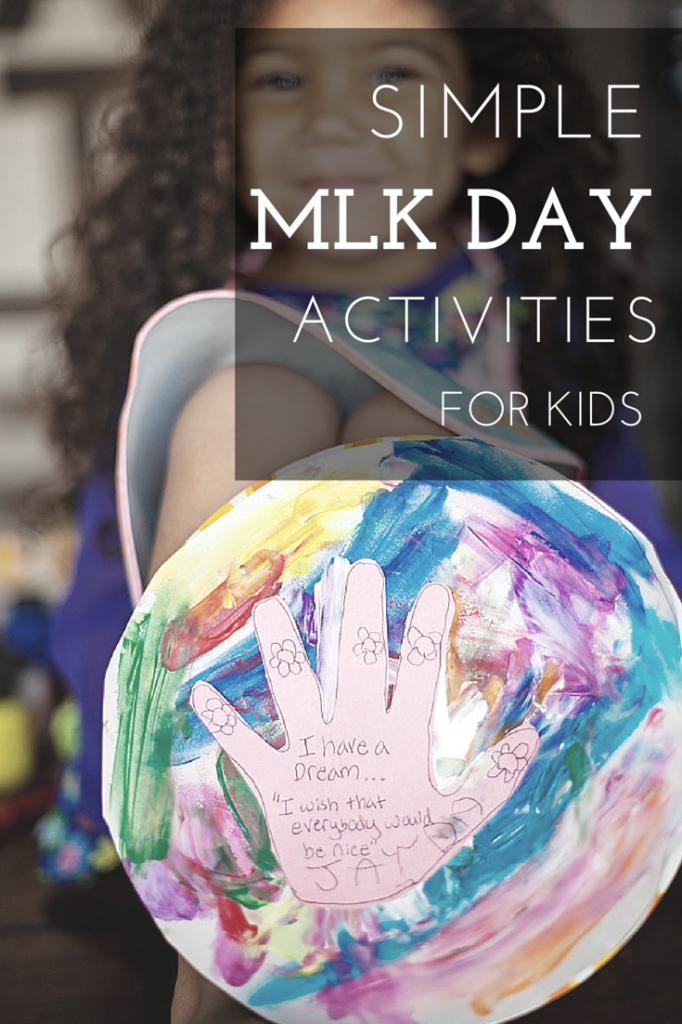 Love this. Really nice. Our twins are too young at just two years old. But we’ll have to make sure to do stuff like this when they’re older.

That is so sweet 🙂 Love the skirt! I also get amazed at how my 6 year old always gets the most important point of whatever I’m explaining or telling her about – kids are just good at that, now only if adults were as understanding! 🙂

Thanks mama! I messed it up in a few places but luckily she doesnt care.

What an amazing post! I wish I had thought ahead and planned something! Such a great holiday for kids to learn about and understand. Way to go mama, you nailed it.

You can totally do stuff with us next month for Black History Month 😉 It’s never too late! And thanks so much 😀