So a few weeks ago we got a call from a member of our ward (church congregation) asking if we could feed the missionaries one night. I wasn’t sure about our schedule at the time, and if I’d be in town but they said they’d plan on us hosting them unless we said otherwise. Well I totally forgot about it and wound up having to cancel on them last minute. I felt bad, and honestly I’d been meaning to have the missionaries over for a while. It’s entertaining for the kids and a simple little act of service the kids can help with.

I looked at out calendar and picked another day that would work for us. Then I started to think about what we’d feed them… I came up with nothing. We are chicken nugget/plain pasta kind of family and I figured that wouldn’t really cut it. I mean, I’m sure they wouldn’t complain but I felt slightly embarrassed and guilty that I didn’t have some awesome recipe to make. Looking back I guess I could have gone with spaghetti and spiced up the sauce with some meat and veggies or something on the stove, but I went with pizza. No, not homemade pizza. Straight up delivery. Don’t laugh. BUT! But but but… I made dessert! From scratch. 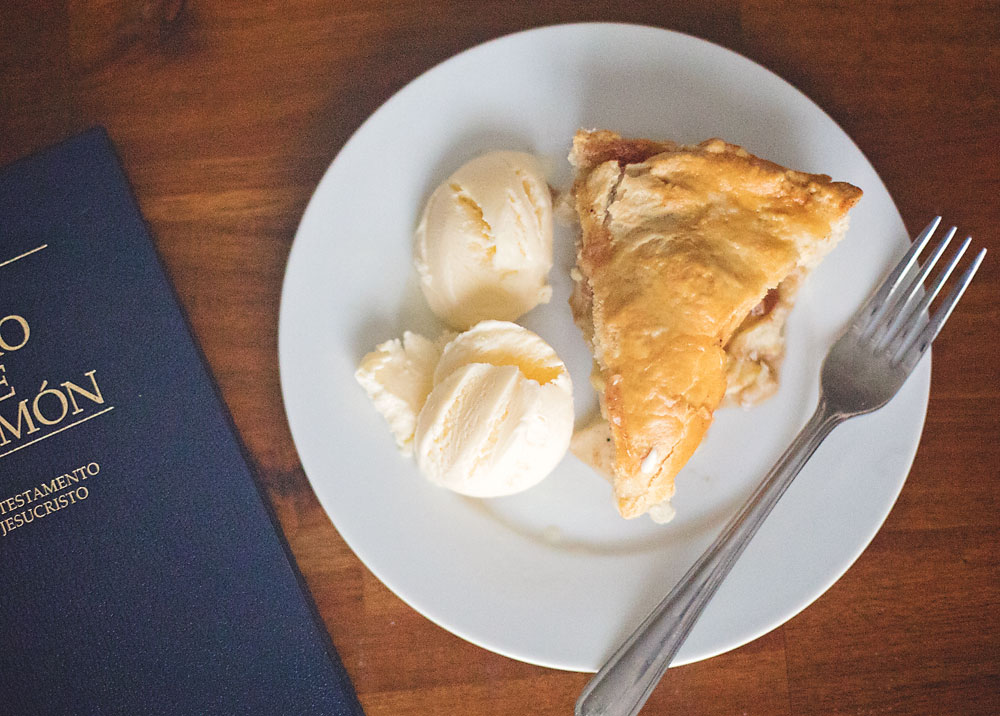 Ever since I was a little girl I’ve known my grandma Nan to make the best apple pie. She busts it out on holidays and I’ve honestly never had a better apple pie in my life. The last couple of times she’s visited Lil’ J talked Nan into making the pie with her. While I don’t really enjoy cooking, I do love to bake. Something about exact measurements gives me comfort.

My daughter spouted off all the ingredients but she couldn’t remember how much of what went in.

I called my grandmother and asked her for the recipe and she said she was making the pies that evening and would jot down the amounts of each thing (because she’s one of those awesome chefs who can just pour this and that in and know what’ll taste right).

She sent over the recipe with a BIG disclaimer “DO NOT SHARE!” Ha! A family recipe. 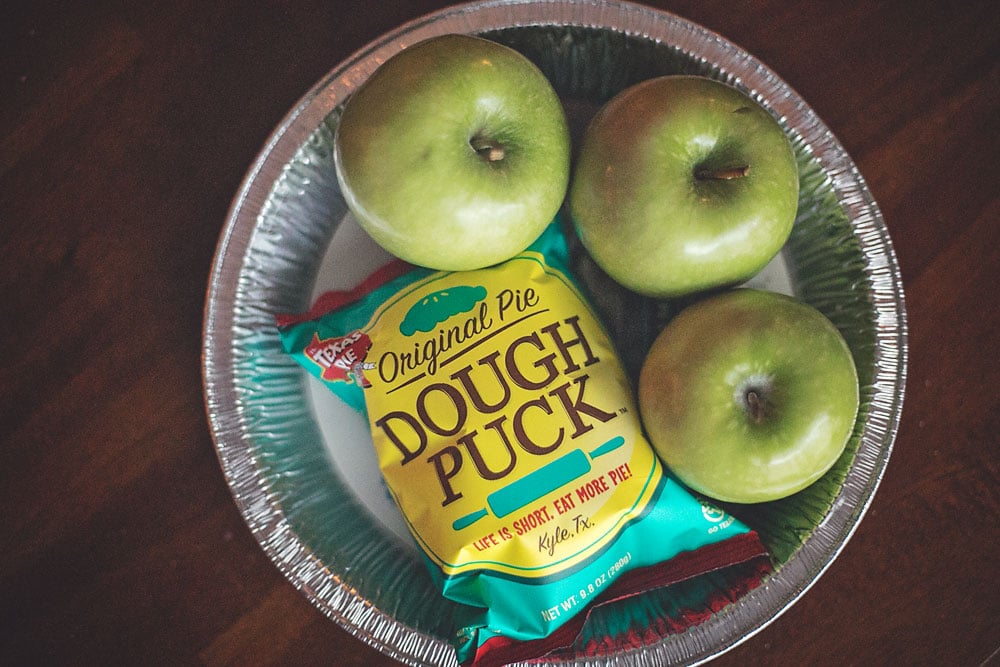 We skipped making pie crust from scratch and used a Texas Pie Company Original Dough Puck from HEB. You can use it for all sorts of things like empanadas, pastries, strudels, tarts and pot pies. But of course since I was having my first It worked great because all we had to do was take out the frozen dough, let it defrost for a couple hours then roll it out a little and it was ready to go in the pie pan. 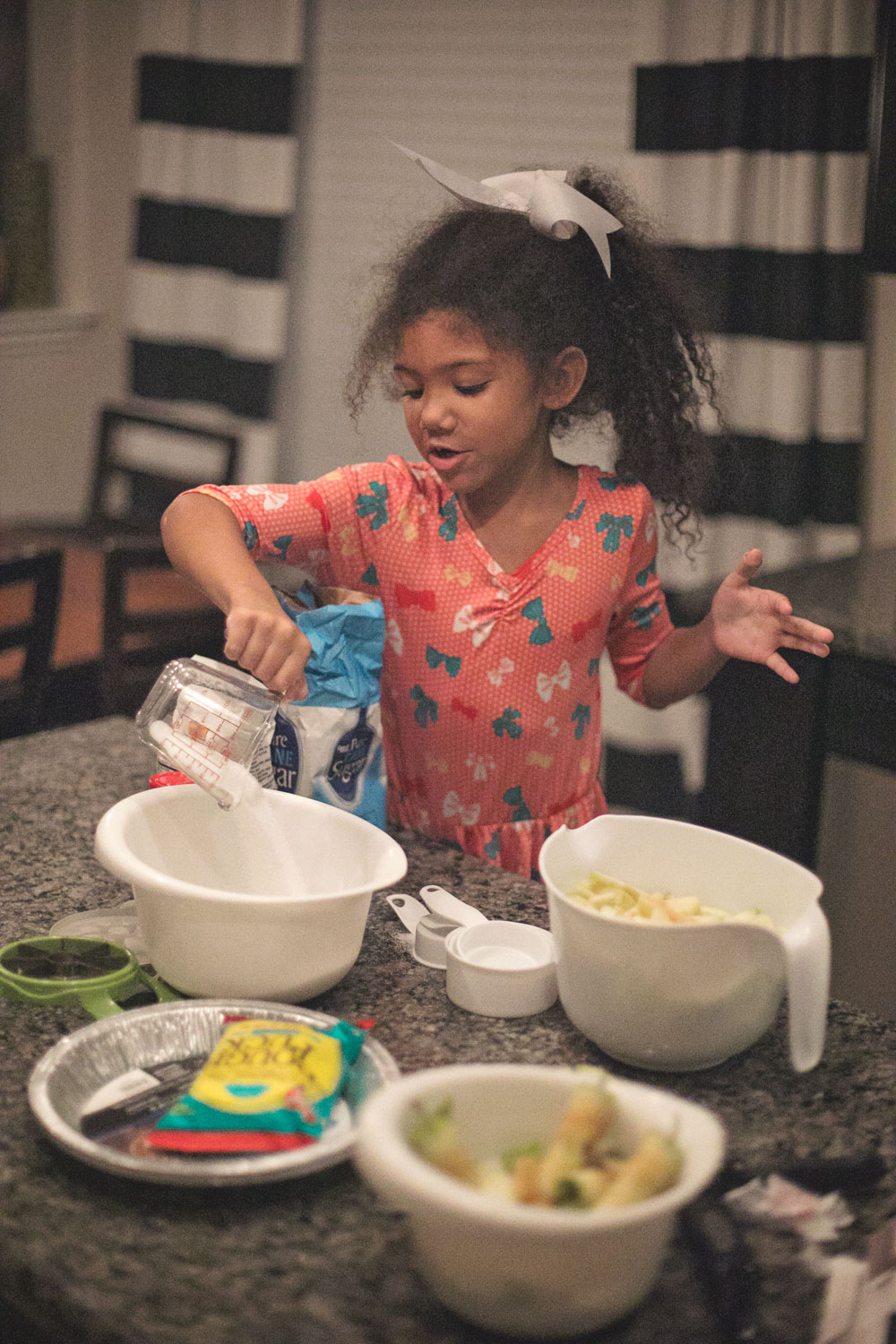 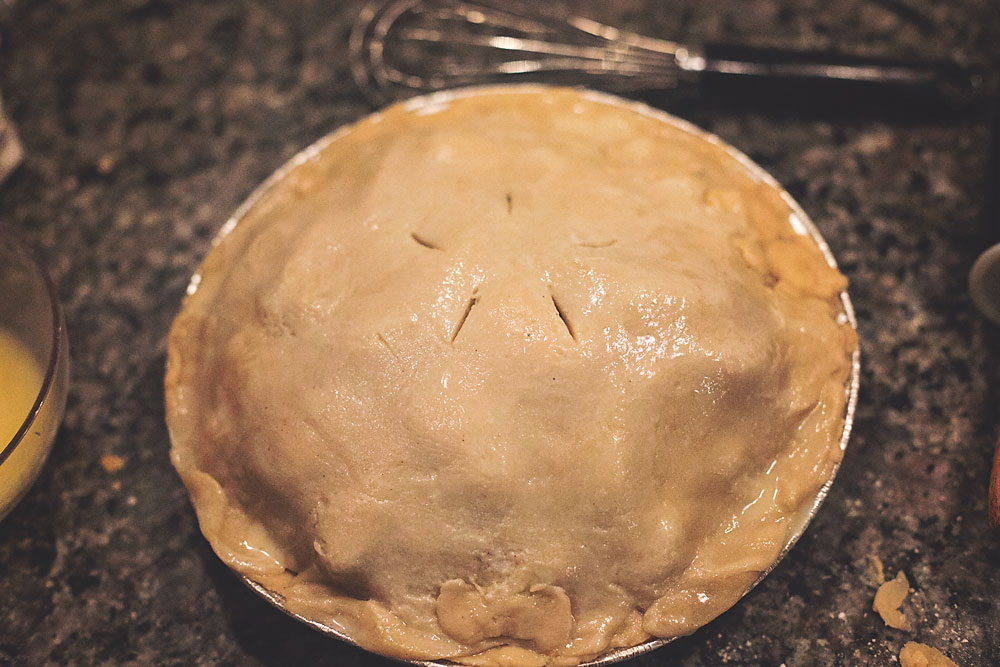 How did it go? Well, the only mistake I made was miscalculating time a little bit. I read through quickly and saw I was suppose to cook for 20 minutes but then later realized that was at one temperature and another temperature was was for 40 minutes so our guests had to wait a little while for the pie to finish cooking then cool down.

Lil’ J had a blast helping me make the pie. I have a feeling she’s got her great-grandma’s good baking gene. She definitely has a love for it.

How was the night in general? Well My son had a heyday talking their ears off all through dinner, during the prayers, whathaveyou. 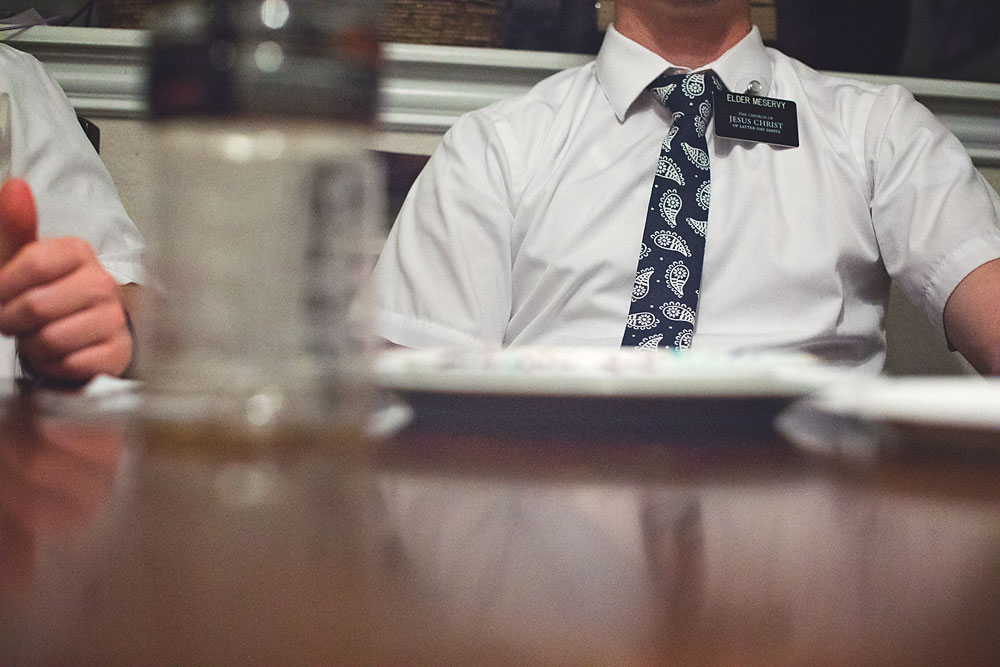 And how did the pie turn out? So delicious! These photos don’t do it justice. Everyone loved it. My husband was impressed, and impressing him isn’t always easy to do.

I can’t share the family recipe but I can tell you that the pie crust was awesome. So if you have a recipe you’ve been meaning to try and want a quick, easy and delicious option for the crust, try this one from HEB. And if you come to visit us I will totally treat you to some! 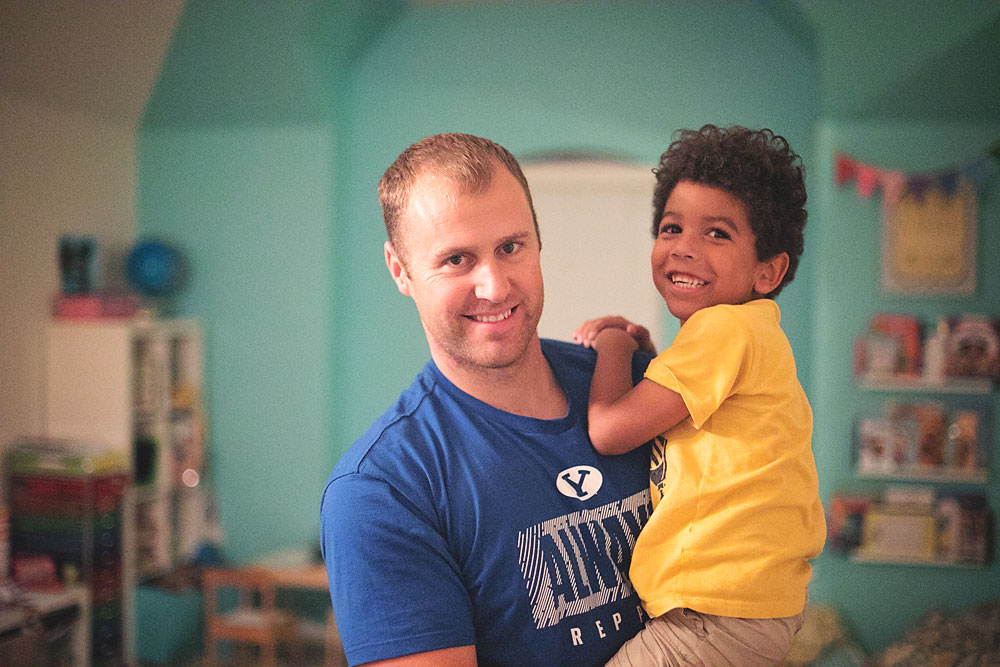 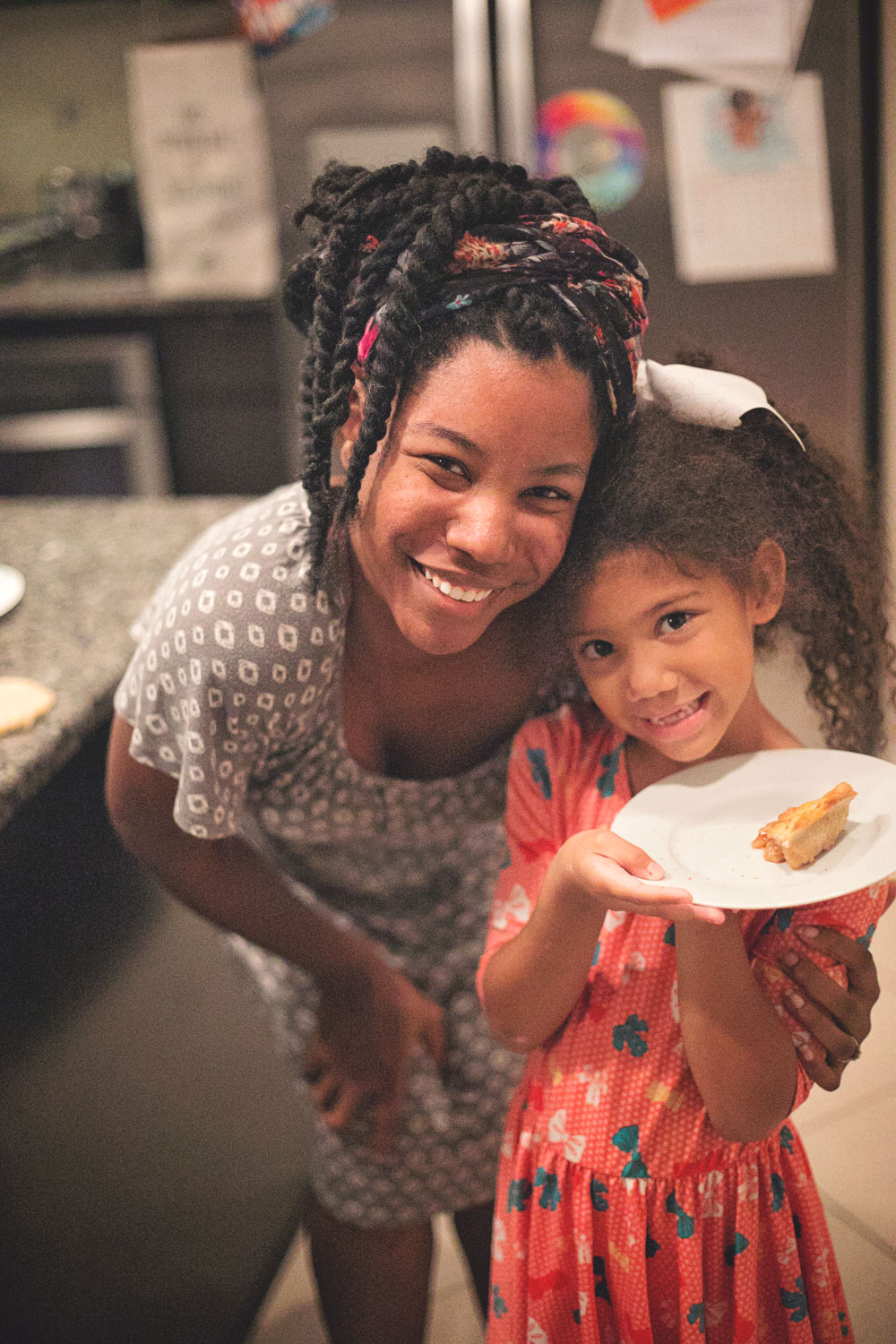 This is a sponsored conversation written by me on behalf of H-E-B. The opinions and text are all mine.

This is sooo me. I tell people dont come to my house expecting a home cook meal. It’s either gonna be BBQ from one of our favorite places or pizza. LOL! Dessert will be something I’ve bought from Wal-Mart or Publix.

The main thing is that it’ll all be served with love.

Hahaha right!! I think maybe we’ll do BBQ next time, that’s a great idea! Served with love is TOTALLY what counts. haha.

You should have let me teach you a recipe while I was there! Maybe next time!