Can we all get along?

Something people don’t tell you when you become a mother is that no matter what you do, someone is going to disagree with you.

When I was pregnant and debating breastfeeding, advocates told me there was nothing to debate. It’s the only way. Then when I successfully breastfeed two of my children, others accused me of being “braggy” about it. Sometimes it feels like you really can’t win.

I’ll never forget the anxiety I felt before having Lil’ J. I was so worried how breastfeeding would go. All I had known about it was from what I had read on blogs and talked about with friends on social media. I had no idea what I was doing.

My mom didn’t breastfeed–She tried, but was worried she’d smother me with her large breasts. So I was formula-fed. Since I was working full-time outside of the home and away from my baby more than 40 hours a week, I assumed I’d need formula at some point. I had no idea how I’d pump that much, and I reached out on social media for advice. 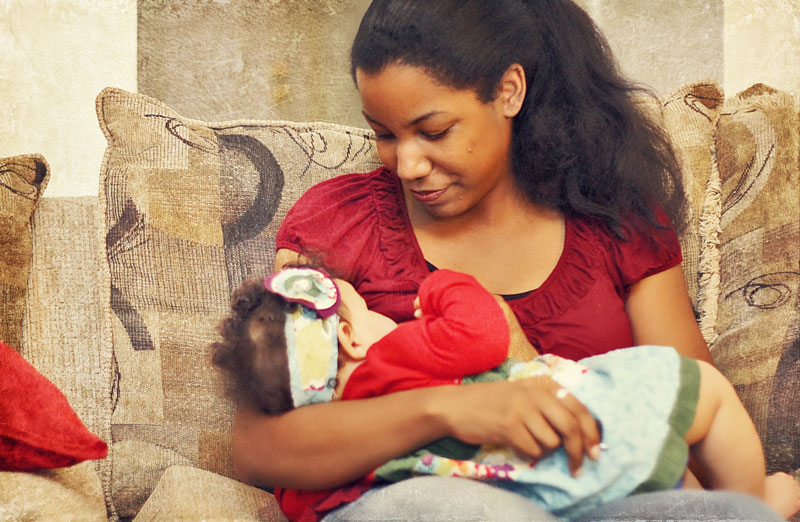 I was so surprised by the stark contrast between mothers who breastfed and mothers who didn’t. When I sent out a tweet explaining my thoughts on the matter, that I was formula fed, and I turned out ok, one response I got from a woman shocked me. “Well, you were one of the lucky ones,” she said.

Just before having my daughter I had received a free can of formula in the mail. I think it came because I signed up for an email list at Motherhood Maternity. I was glad to have one on hand just in case. Some moms said it’s a good idea to have on hand, just in case, and others told me the temptation of it being in my house would be too much, and cause me to fail at breastfeeding.

After my daughter was born, things seemed to get easier. My specific breastfeeding questions were answered by helpful mother’s who had been there. I was greeted with support all around, and days I felt like giving up, people helped me to hold on to hope.

Seventeen months later that can of formula was still unopened. I managed to exclusively breastfeed my daughter until she was old enough to also eat solids, then continued to nurse her until she was nearly one and a half. I vowed to show other moms and moms-to-be the same consideration I had, or wish I had when I was expecting, and not judge a mom for her choice to nurse, or not to nurse. To babywear, co-sleep, work, stay at home, or whatever other category we choose to divide ourselves by. When it comes down to it we all love our babies, we all want them to be happy and healthy, and we’re all trying our best. We’re all moms (and dads), and we’re all in this together. 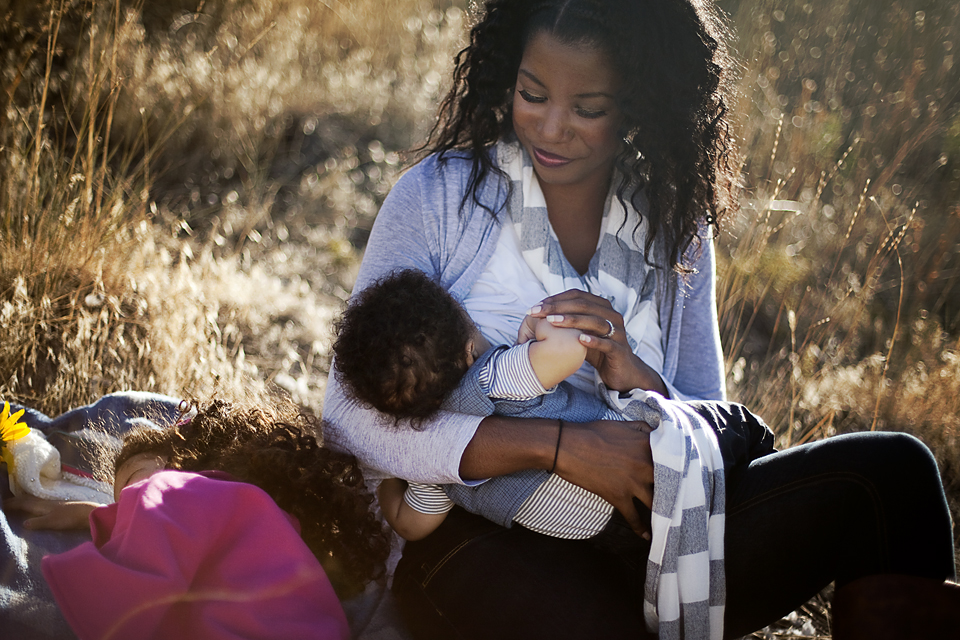 A quick online search of “moms judge other moms” yields more than 136 million results, with topics ranging from working moms vs. stay at home moms, discipline, feeding and more.

Similac recently released a video that somehow wraps up everything I feel into a funny scene at a playground. “The Sisterhood of Motherhood is a mindset that we’re asking parents to adopt—to focus on supporting parents, not judging,” Similac stated.

Regardless of how you decide to feed your baby, I think we can agree we’re all trying to do the best we can.

What do you think? Can we all just get along?

*This post was written as a part of a the #SisterhoodUnited campaign by Similac. All opinions are my own.

Wow! What a powerful video! But yeah, we all judge each other as moms. Frequently giving each other the side eye. True, in as much as we may not have to agree with each other’s parenting style, there must be a common ground between us all -that of accepting the next mom’s choice and moving on. Even though sometimes it is hard to agree with some of their choices. I get judged and I judge too. Some things may never completely end, but we should try and do less judging.

You’re right, we all do it, and it definitely takes a conscious effort to stop I think. Thanks for sharing! 🙂

I have felt border line bullied a few times over having to use formula. After a surgery on my breast 12 years ago I am now unable to breast feed. I just had my youngest daughter this past December and even doctors and nurses who were repeatedly told why I couldn’t breast feed drilled the benefits and tried to make me feel bad constantly. I would have loved to have the experience but I am just physically unable to do it.

Ruby I’m so sorry to hear that! No one should ever make another mother feel bad for how she’s feeding her child. We’re all trying our best. *hugs*

Last summer I did an Instagram campaign for NICU moms via WeMontage, but my original idea was to celebrate breast-feeding moms, as my wife breast fed our premature twins for a whole year.

Luckily, my wife told me about the drama around breast feeding and I changed the campaign.

I always say, “if everyone loves you, you’re probably doing it wrong.”

Haha, your wife was probably right… Sadly! But I think things are starting to get better, day by day. Hopefully things will be a lot better by the time our kids are parents.

I hear so much about moms vocally judging moms, but I just never experienced that. Maybe because I was older when I had my daughter, or maybe because I just filtered it out and really just didn’t care what people thought…?

You are right. Every mom tries to do the best for her child, and all of them will most likely grow up just fine. I mean, look around at everyone you know… can you tell who was bottle or breast fed? Who co-slept or who slept in their crib in their own room from day one? Who got enough “Tummy Time”? Who was allowed to watch TV and who was strictly prohibited? Who had a pacifier after they turned 1? Of course not. We all just do the best we can!

LOVE that pin you shared Monica. Thank you! I think so many new moms can benefit from reading that!

The bitter irony is that because the brand name “similac” is attached to that video many assumed there was some type of agenda. I personally got teary at such a touching clip and thought the message was powerful. Olivia never latched and so I exclusively pumped for 6 months. It was extremely hard not being able to just pop out a boob and feed her with my own body, but I knew that breast milk was and is the very best we can give our children so I stuck with it for as long as I could. At some point *for me* there was a breaking point. It took 20 minutes to pump each time (which I did 5 or 6 times a day) and instead of having that time to “nurse” and bond… it was more time away from her. It was also hard because I had to wake up at 4 (before she woke up) and then pump again after she was in bed. Not to mention that I worked and pumped during breaks. For me, I felt torn because I wanted the best nutrition for my baby, but I also wanted as much time as I could be with her. Eventually I decided that bonding and time was most important and I slowly cut down until I didn’t pump at all. I had a freezer full and was proud I made such a sacrifice for so long. At which point I searched high and low for good quality formula. I found a organic one called “natures one.” who uses rice syrup as opposed to high corn fructose and has great high quality ingredients. They have a pledge on their website and excellent customer service. After pumping and switching to formula I did in fact get more time to enjoy my daughter and haven’t looked back since. I have no regrets because I know I did the best that I could. I also never judge a mom because I know we beat ourselves up more then anyone ever could. The last anyone needs is some snide comment to ruin their day. Thanks for posting!

You are AMAZING! Pumping exclusively for that long? I couldn’t do it! I’m glad you have no regrets, and I totally agree, we are so hard on ourselves. I loved this video and I too hope the message isn’t lost.

I have this commercial pinned to my secret Pinterest board; the ending gets me every time 🙂 I never realized what a hot topic most of this stuff turns into from breastfeeding to vaccines. In my opinion unsolicited advice no matter how innocent can really ruin someones day if they take it the wrong way or if the delivery lacks finesse. So even though we are prone to judge we can still keep out comments/ opinions to ourselves unless someone asks.

It gets me too April! And I totally agree, unsolicited advice is no fun :-/ hopefully this attitude will carry on.

Ty’s big day! It’s been a long time coming for