Birth control for men: He says/ She says 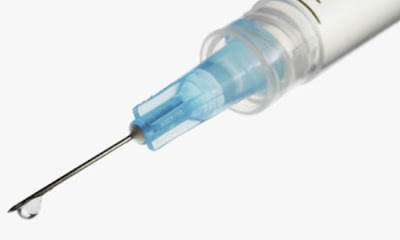 Turns out, it doesn’t turn their stuff to jelly, it just kills the sperm when they pass a non-toxic channel that has magnetic-like components. And after another shot of baking soda and water and the birth control will be flushed out. You can read all about it here.

What say you? Would your husband do it?

LOL My husband would have a reaction similar to yours. My hubby doesn’t do needles. He passes out when he has to give blood. I’ve been trying to get him to consider a vasectomy. It will probably never happen.

LOL that is so funny. I would so have my husband do it (if we needed birth control any more lol) i think it should be both our responsibilities. why should we be the only one to put things places, take shots and swallow pills…you go go ril..lol. would have loved to see his face when you said that though lol

We don’t need bc anymore. Mama burned the factory down so Dumb Dad is safe! In other news, my how I’ve missed you! Not sure why I’ve not been reading, but I just had to go back and catch up on the last year! I should be working but I’m instead looking at Lil Miss grow up before my eyes! Man she is SO big and adorable! Now, get back to convincing the hubs that it’s time for baby #2:)

I’m a skeptic. What if it alters our future? lol. Sure the article states all the pros… but whats the catch? Eek! I wanna believe… That sounds pure bliss! Seriously.. I am going to do more research. I hate taking the pill! So many stupid side effects, etc! I wanna be done! That be said… my husband will probably have the same reaction! Ha ha. So I better not get my hopes up 😉

Lol when I first read about this I thought is was a scam! I think I will do g this up to the hubster and see what he says

My husband is the one that told me about this a while back. He thinks it’s genius and is totally on board.

Hmmm…I will have to talk this over with the Mr. We’ve decided to try for number 3 once my Mirena in finished (4 yrs left)and this could a good alternative to give me a break from BC until we decide if went a 4th.

I dunno….. I don’t think I trust anything so NEW on the market if you know what I mean…..

Were done now at two and hubby has an appointment next week to see the Dr regarding a vasectomy. We have no need now for any more contraception!

Oh my, my husband just might go for this! He keeps bringing up the subject of vasectomies, but I keep talking him out of it.

Dealing with a husband who has MFI (male factor infertility) I side with your husband. The treatment for bringing them back might not work and then you get stuck with IVF, which is not fun AT ALL.

Sounds like a great option for those women that can’t take birth control. And because condoms just take the fun out of married sex. The recovery is the same as a vasectomy.

Normally I do nnot read post on blogs, but I would like to say that this write-up very compelled me to check
out and doo it! Your wrting taste has been surprised me.