You know how at the beginning of the school year, elementary school teachers usually have kids do some fun project that somehow introduces themselves? Well, the project my fourth grade teacher assigned us, led me to my best friend.

Our teacher had us create totem polls with animals on them that most described us. I don’t remember what I put on my totem poll, but I do remember what another girl in class put on hers because it stopped me in my tracks.

“Why do you have a rabbit on your totem poll?” I asked her.
“Because I’m as swift as a rabbit,” she professed.

“I bet I’m faster than you,” I challenged.

Me. You. On the playground. It’s going down.

We stood in the long, open field at the back of the playground at recess. There was plenty of running room. Bystanders watched, ready to cheer us on.

We both took off running but didn’t get far before we heard a strange noise. A fart? I can’t remember, but we both laughed the whole way down the field. I don’t remember who won but it didn’t matter. That moment is what started our unbreakable friendship. 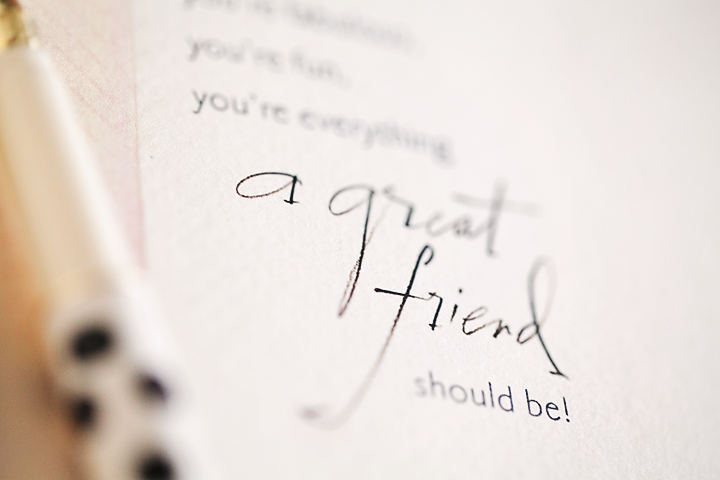 We were in the same class in the fourth and fifth grade. In middle school we stopped and would pass notes between class. We were on the same cheer squad, and we tried out for the dance team together… And neither of us made the cut. So we cried together.

In high school my family moved to a nearby city, so we no longer went to the same school, but our friendship didn’t waiver. We went to each other’s homecomings (as each other’s dates?… I don’t remember the details or the guys we were with but the boys were unimportant).

Then, my junior year of high school my family moved across the country to Arizona. We went five years without seeing each other, but we called, and wrote each other (these were the days before Facebook people). 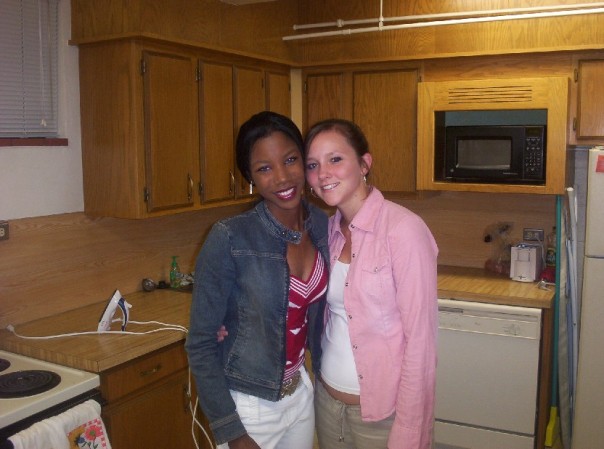 She visited me in college when I had first met my then-boyfriend-going-on-husband. And I’ve met up with her during my internship in Atlanta, and several times since while visiting family. 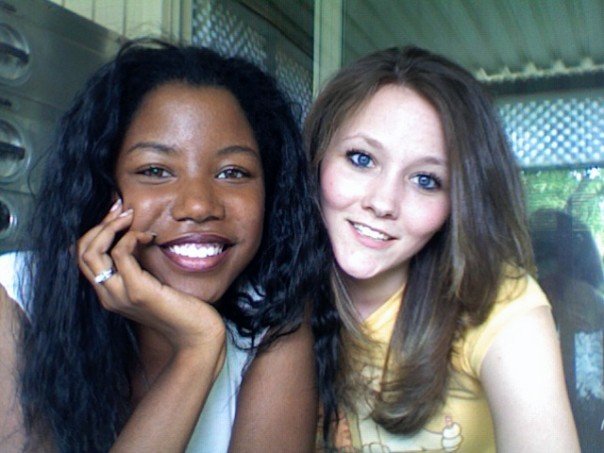 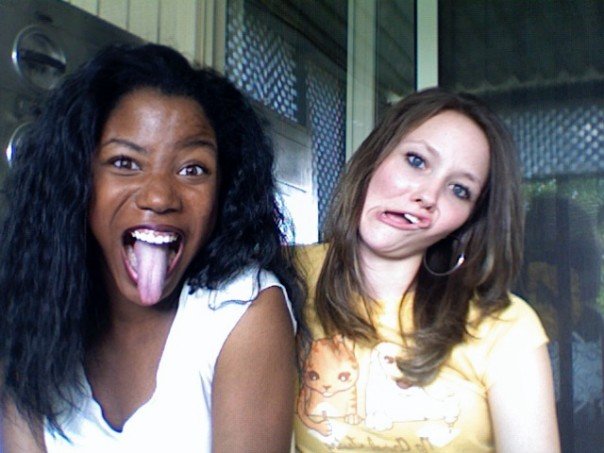 I dug up this little gem while going through my old files. I lost the original but thankfully had emailed it to myself years ago. Memory-keeping tip of the day… Have an email backup of movies some favorite photos, etc. You can even create an email account especially for this and send emails from your phone to it. I have Google+ auto-backup, but things like this I recorded on my computer, and have since somehow lost it between my multiple-harddrive backups.

During my first maternity leave we met up and I said we should make a video of our kids meeting for the first time, and kindof just timestamp the moment for a time capsule, if you will. For your viewing pleasure:

On one of my trips several years ago, we dumped out a box of our old notes to each other, folded so intricately  neither of us had any idea how to put them back together.

They were decorated with doodles, hearts, fake last names of our crushes and signed (quite gruesomely now that I think about it) “may death be the only separation.” We wrote them like they were urgent messages, and received them as the highlight of our day.

“WHAT DO YOU MEAN YOU DIDN’T WRITE ME BACK?!”

And to think, my kids may never receive a handwritten note folded into an origami flower. Instead they’ll be getting text messages in kindergarten. 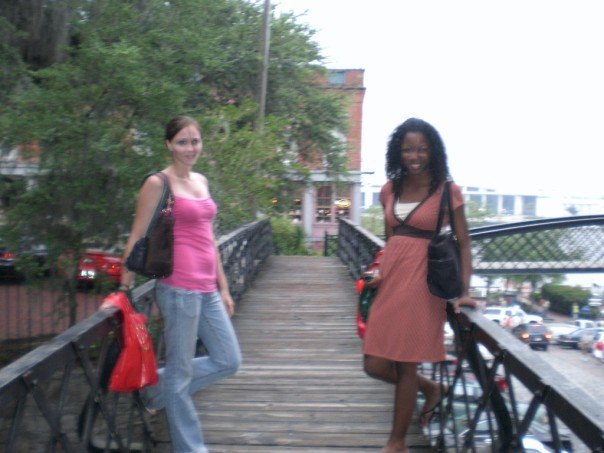 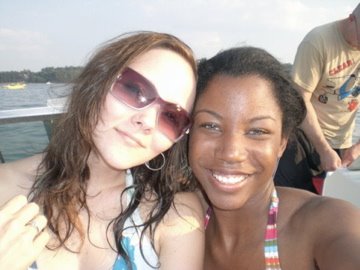 Aside from Christmas cards—And even those I usually type and print out digitally—I rarely send hand-written notes. But oh how I appreciate them. 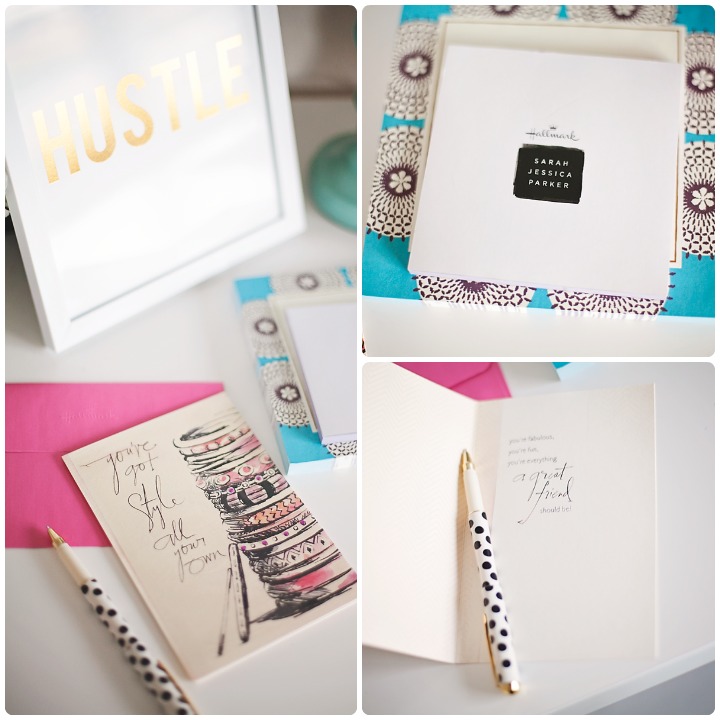 In honor of my first ever Throwback Thursday on Friday post (I’m never on time for anything), I decided to not only give a little blog love to my bestie, but sit down and write my her a long overdue note. Sure we talk, and text a lot, but we haven’t written since middle school. 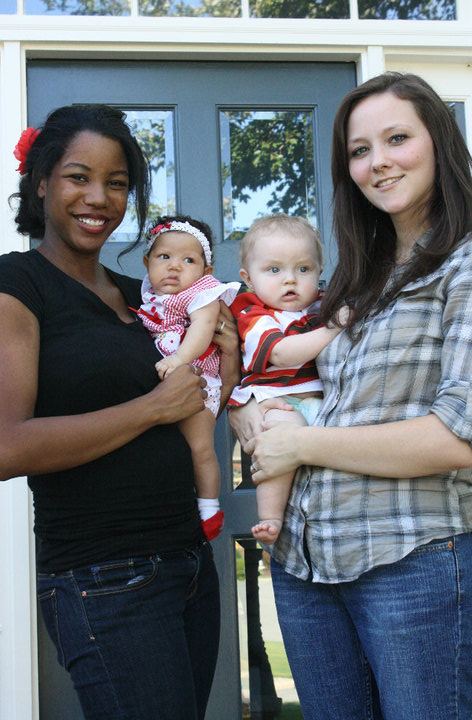 I have three younger sisters who are awesome, but Shannon is like a fourth sister from another mister. I will forever be grateful for her strong faith in God, her friendship, allegiance, humor, and advice. Friends can have a big impact on your growing up, and I often worry about the type of friends my kids will make. I can only hope both of my kids grow up with a friend like Shannon. If they do, they’ll be in good hands.

How long have you known your BFF?

***
I’m once again partnering with Hallmark to share my life’s special moments and occasions. Of course I love to do this anyway, but now I get a little compensation bonus. All opinions are my own.

This is so sweet! I’ve never had a best friend so I love reading stories of others and their best friends. I just live vicariously through them. 🙂

I guess I’ve never stopped to think that not everyone has a BFF. I mean I have fantastic friends where I am now, whom I adore, and we obviously see and talk to each other more frequently. But a BEST friend that will never dump you, and has been there for years and years (almost decades in our case)… That’s special.

What a fun post! LOVE your photography of the cards in the collection.

Thank you! I’m trying to branch out from only taking pictures of my adorable kids 😉

Yes! Give your BFF a hug! And it’s so great to be blessed with awesome friends who live close by, and that you can count on! I feel lucky to have met new besties over the years too.

It is always nice to have a GOOD friend that you can rely on! Friends are hard and y’all two seem like two peas in a pod.

Totally late in responding, but catching up on blog reads :). This was such a cute post. Made me miss my bff. She lives in CT and I’m in FL, but we talk almost everyday and msg all day long. ha. We have issues, we’ve confessed. We’ve been bff’s for 20+ years. Man that’s a long time! I miss seeing her everyday and having close friends by.

always i used to read smaller articles which also clear their motive, and that is also happening with this paragraph which I am reading now.