Ok, so I’ve been radio silent over here for a little bit. I just returned from LA and have a lot to share. I’ll be talking all about interviewing Oprah, the A Wrinkle in Time red (actually it was blue) carpet, of course a movie review, and other things. It was really a wake up call for me that wow, anything really is possible. 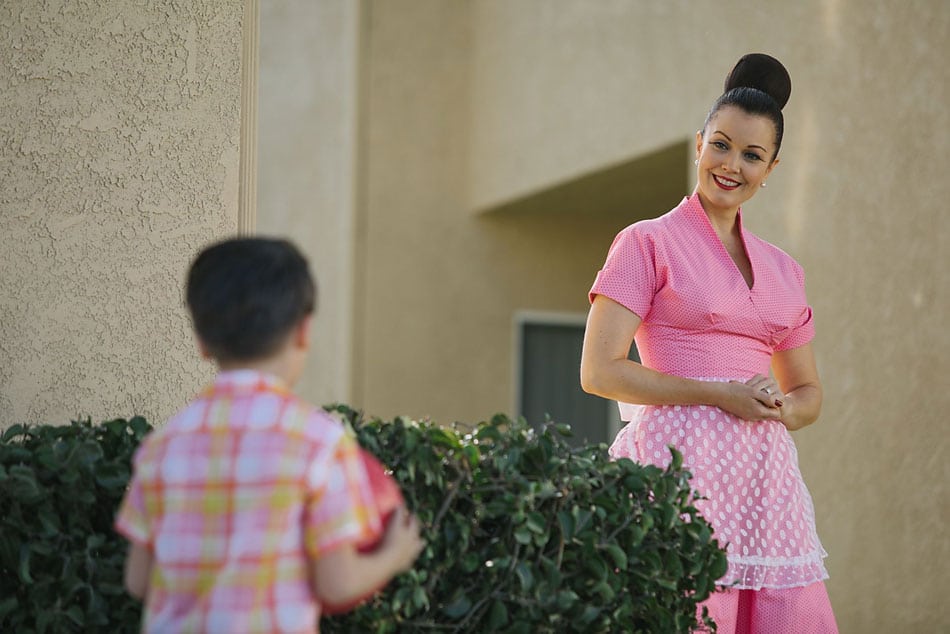 Bellamy Young had a small part in A Wrinkle in Time and when she sat down to talk to us we asked her a lot about her role in Sandal, which is in it’s final season. Now, you know I love me some dramatic TV. Last year I had a weekly recap of The Bachelorette. I’ve watched all six and a half seasons of Scandal and I’m sad this is the last one (but also like “ok, it’s time, cause this B-613 stuff has gone way too far!”). Meanwhile Grey’s is still going after seemingly more seasons than years I’ve been alive.

Talking to her about her time on the show was so surreal. I love her character Mellie Grant (now President Mellie Grant!) and the one burning question I just had to ask her was about their epic monologues. You know what I mean. Everyone on Scandal goes off on a rant for 10 minutes while our mouths silmutaneously drop and then we’re all like “OH SNAP!” 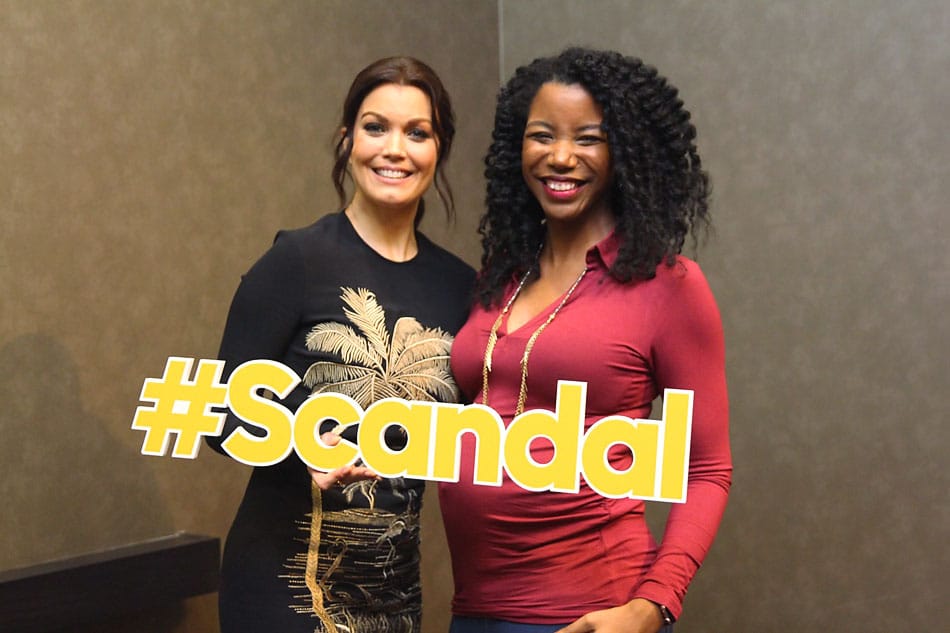 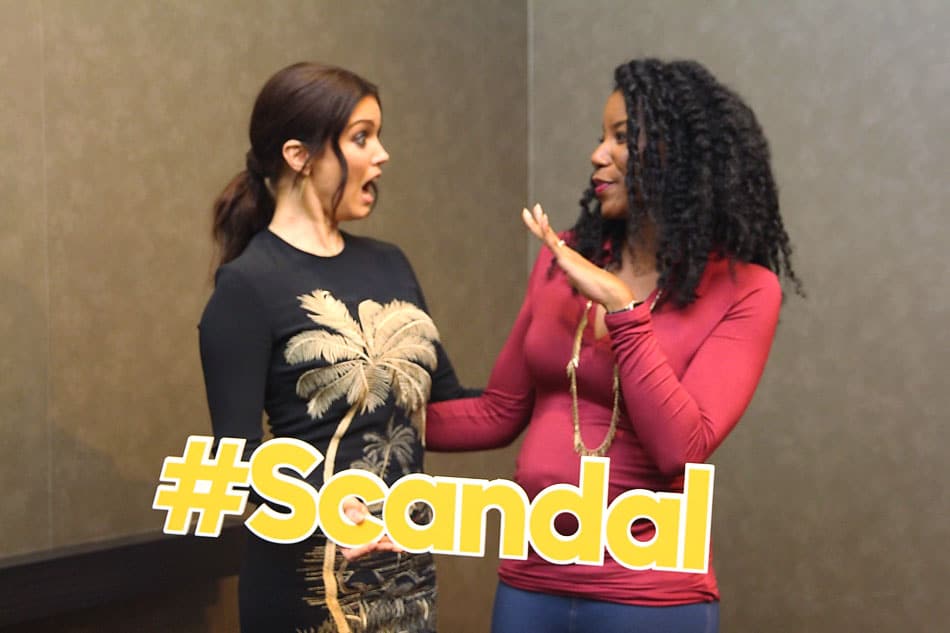 I asked Bellamy if that was something she enjoyed or if it was more of an “awww man, again?!” kind of situation. Can you guess what she said?

She went on to say how those type of scenes make all the difference when you’re working with a great cast.

“We’re so lucky, because it’s also, like, there’re a lot of casts where people don’t work as hard. So, there’re a lot of casts where they’re like, ‘Please don’t write me into a scene with this person, ’cause they’re going to be four hours late, and they’re not going to know their lines,’ and, you know all of that kind of stuff,” young said. “But we’re just a bunch of wonderful humans, and so I’m like, ‘Oh, I get to work with Jeff’ or ‘Oh, I get to act with Kerry.’ I haven’t gotten to act with Guillermo, which kills me, because I love him so much, and I think he’s amazing, and I can’t imagine what that would feel like, whoa, coming at me.”

She said she’s only got to do it a little with Kerry and Darby and she loves it so much and makes it a best-case scenario. Lots of lines with great people!

“It is as fun to do a monologue as it is to have any scene with any of these actors,” Young said.

This week there’s the highly anticipated Scandal/How to Get Away with Murder crossover Thursday, March 1 on ABC (Scandal at 9|8c and HTGAWM at 10|9c). If you haven’t caught up you can do so either streaming online or on the ABCGo app (I’m about to sit down and catch up on the Bachelor Winter Games). 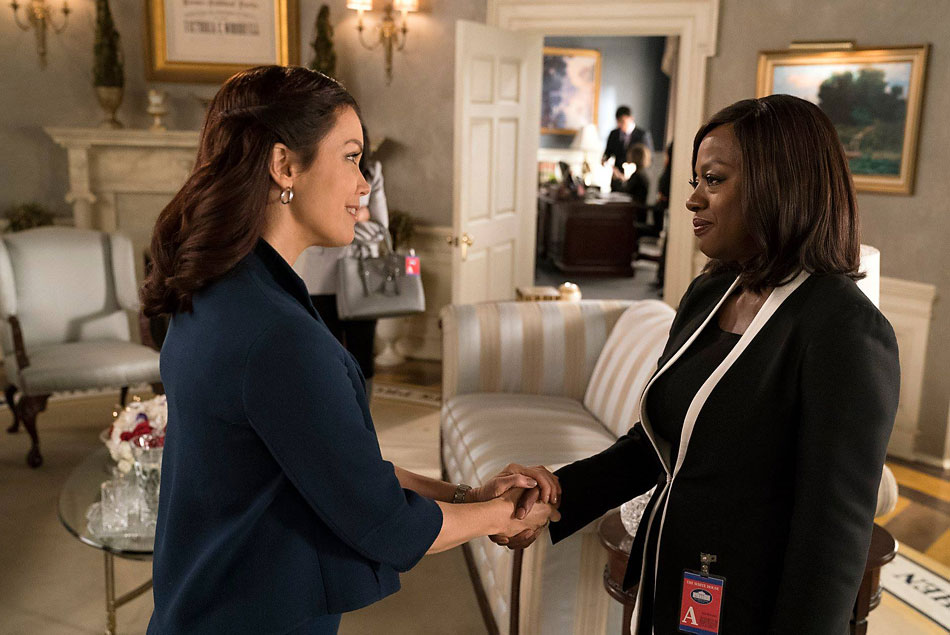 Here’s some info about the crossover:

“Allow Me to Reintroduce Myself” – In the midst of moving on from the White House, Olivia gets an unexpected visitor in criminal defense attorney Annalise Keating, who seeks her help in fast-tracking a judicial reform class action to the United States Supreme Court. However, after Olivia’s recent fall from political grace, it’s going to be more challenging than ever to get the support they need, on a special, TGIT Crossover Event episode of “Scandal,” airing THURSDAY, MARCH 1 (9:00–10:00p.m. EST), on The ABC Television Network, streaming and on demand. Viola Davis and Aja Naomi King guest star.

I’ve never watched How to Get Away with Murder but I totally dig Viola Davis so I’ll be tuning in for this! You can find lots more on our interview with Scandal’s Bellamy Young if you search any of these hashtags together on twitter: #WrinkleInTimeEvent, #ABCTVEvent, #TGIT #Scandal or #HowToGetAwayWithScandal

Tags: how to get away with murder, Scandal, tgit