I totally dropped the ball on Valentines Day this year. It’s absolutely one of my favorite holidays. Probably second only to Christmas. But I just wasn’t ready this year. I was just living in the past, pretending it was January, and wondering why it wasn’t 70 degrees yet.

Yes, here in Austin we had our fair share of winter weather (fair share for Texas, not fair compared to the rest of the country). We had a few snow days, canceled school, and temperatures in the 30s. Way too cold for my taste. I can barely function when it’s that cold. So there I was, not functioning or thinking about Valentines Day. Then BAM! It hit me, the party was tomorrow and I didn’t have any creatively awesome treats to pass out. 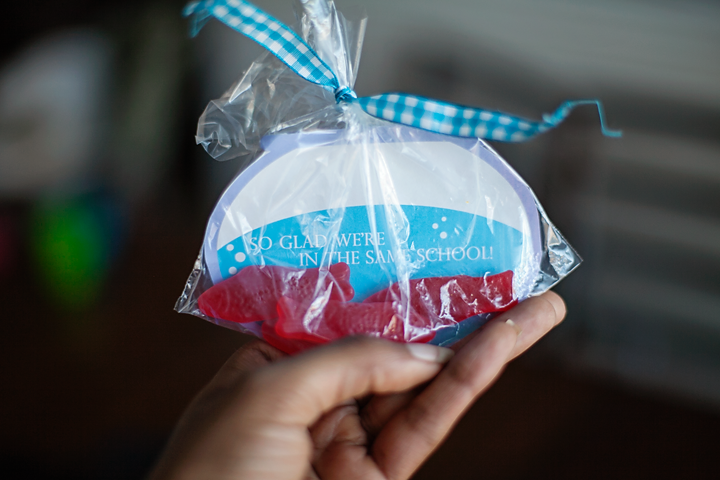 I totally copied a friends idea which she saw on Pinterest and made a completely less than adequate version for my daughter’s class, but really, these kids are three. They’re gonna dump out the candy and throw away the rest. I was not fretting about that this year. (Plus her class right now has a ridiculous amount of kids, 14 her age, 28 total, and I was not about to slave over 28 valentines).

So the cute little saying is “So glad we’re in the same school” featuring Sweetish fish in the fish bowl… Get it?

My ink ran out after printing out the first page so I shrank the fish bowls and pushed that little color ink cartridge to its limit. For some reason the first part of the page would be in full color then the back 3/4ths were all jacked up. No idea why, but I’m guessing it has to do with the low ink warning. 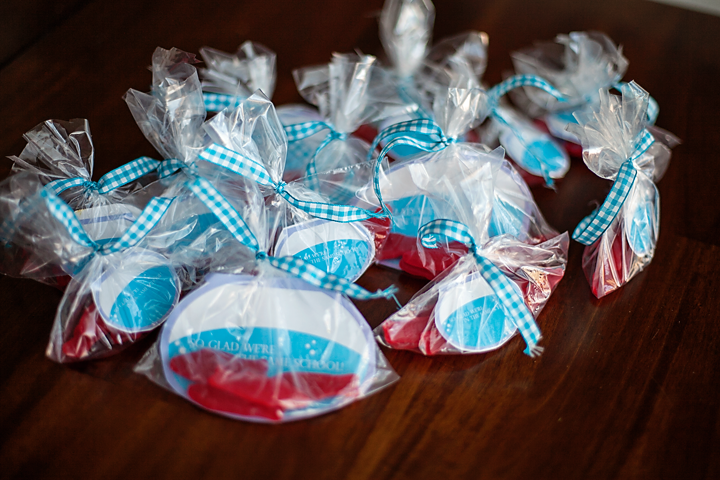 I helped Lil’ J write her name 14 times, and she sorted the fish in the baggies.

Valentines Day was nice and warm, luckily I had a cute dress for her that still fit from the year before. Did I take a picture? NO! I suck! Did I make my son a totally adorable Valentines vest with a matching bowtie? NO! I SUCK! 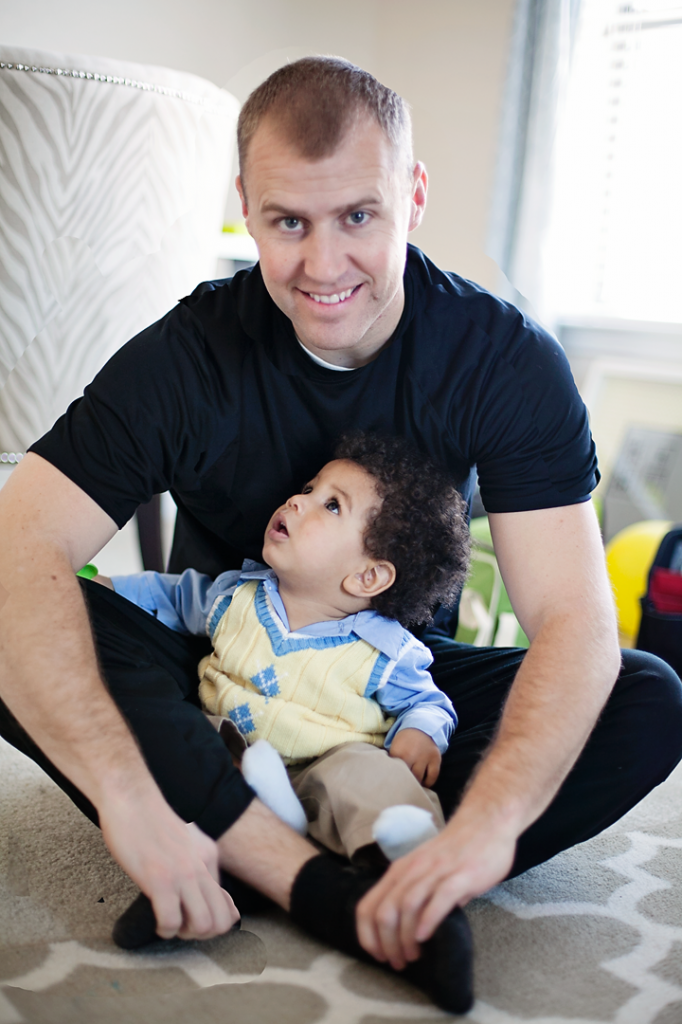 But I did have a date night in with my husband, featuring take out and Top Gun (can you believe I’d never seen it?!) Tom Cruise was smokin’ hot. 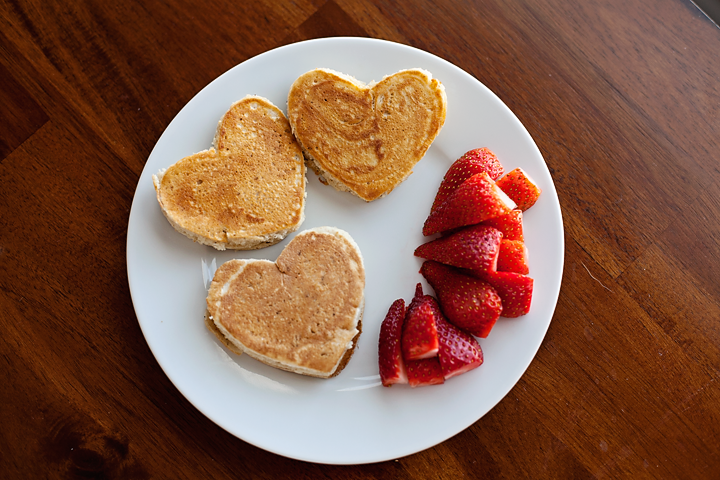 The next morning I made heart-shaped pancakes with Lil’ J, which were also nothing like they were on Pinterest. To my defense, I used a 10-grain mix from Thrive. Super healthy, but not super easy to cook in the shape of a heart. It really didn’t matter to Lil’ J though, she thought they were way awesome and made me feel like the coolest mom ever. 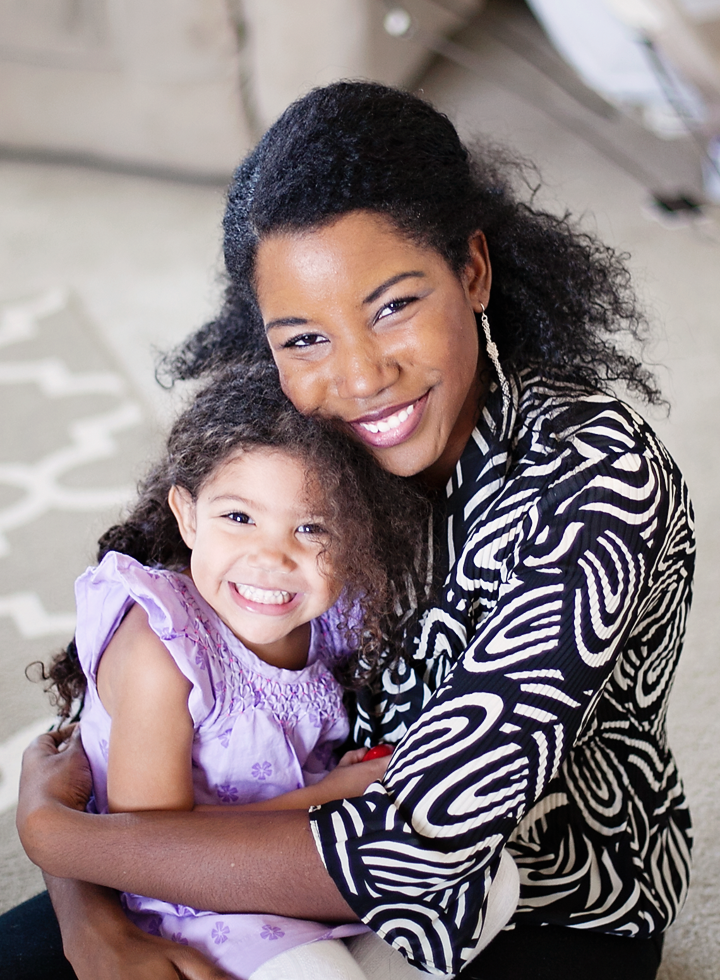 Anyway, I refused to let Valentines Day go by undocumented for my little one. It’s his first one after all! So Sunday I dressed him up, and kissed him up and took pics for his “First Valentines.” 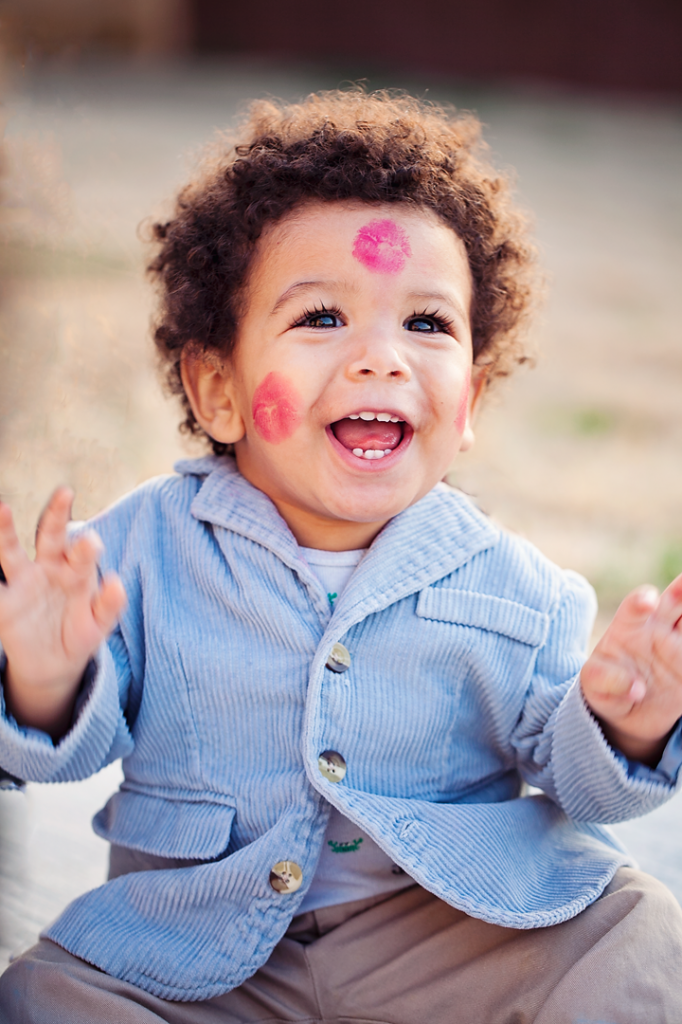 I may make some felt heart garland, a kiddie craft, and a little outfit then do it again this week. I just can’t let it go. I didn’t even Next year I’ll do better. Rain, shine or snow. 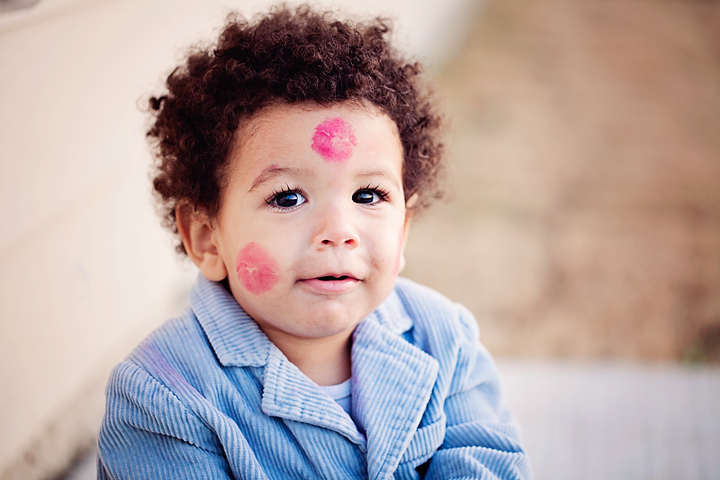 I seriously love that you wear your hair natural and you and your daughter together are so stinking cute! Thanks for sharing 🙂

Well if you are slacking, I must not even be in the game! Our Valentine’s Day crafts consisted of my daughter drawing a picture in window’s paint and emailing it around to friends and family. Those treats looked really sweet, and the photos were adorable, even if you don’t do half as much next year I’m sure your kids will continue to think you’re the best mom:-)

Those kids are seriously too cute for words! LOVE the lipstick kisses on his face!

This is adorable!! My son’s school sent out a notice that they wouldn’t be exchanging Valentine’s this year (whew!) so I narrowly escaped that. However, I am sad that I didn’t get any Valentine’s day pictures of him. I suppose it’s not too late but I am truly disappointed about that.

Your littles are too adorable!! I can’t believe how many teeth your little man has now. We were snowed in around these parts for Valentine’s Day.