Rachel Picks Her Final Four (And I Only Like One): The Bachelorette Episode 7 Recap

We enter this episode with the understanding that this has got to have the most anticlimactic ending.

We have Peter, Bryan, Eric, and two guys who have gotten no air time. 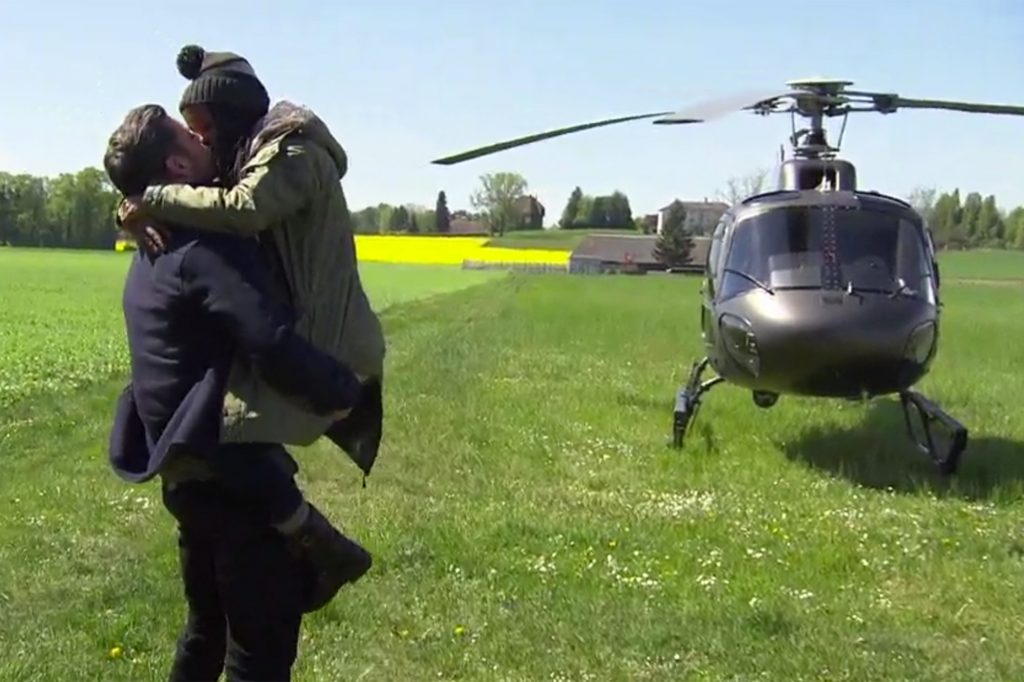 Rachel is going to have three one-on-one’s and a group date. Bryan is up for the first one-on-one (the other guys moan too).

America is annoyed but I’m trying to stay optimistic–Hopeful that maybe, just maybe, we’ll hear an actual conversation between the two of them. I mean something other than “This is so great, we’re so perfect together.”

Bryan: “I feel so lucky, we’re so great together!”

AHHH! I’m searching for some substanance but coming up with nothing. He’s got more lines than Gollom’s face.

Dean is back at the penthouse speaking truth again “He lives in Miami and has spent the last 18+ years swooning women.”

DEAN GET OUT OF MY HEAD!

Ok, I’m going to stop calling you baby face now cause you are calling everyone out. First Lee, now Bryan. I’m giving you a pass.

Bryan and Rachel come up for air and she finally asks a question so we can try to get to know this guy.

“I want to know about your background.”

He briefly answers then deflects to her asking about her schoolgirl uniform. Really? She was 10! You are gross.

HE IS NOT YOUR HUSBAND.

Though he keeps saying “it’s a fairy tale, so perfect” he tells her about his past relationship and how it didn’t work. He blames that on his mom. But in the same breath says he can’t wait to bring her home. Good luck Rachel!

She gives him the rose and I’m throwing up a little in my mouth as they make out and I’m so glad this date is over.

Dean is up next. Normally he’s all cute and spunky but today he’s got the look of death as he dwells on the idea of bringing Rachel home.

“My family isn’t a traditional family.”

I’m wondering what he’s hiding. Are they a family of vampires? Werewolves? Racists? Why is he so scared?

Instead decides to show her how young he really is. “Do you believe in the tooth fairy?”
What?

Rachel flat out says she wants to get to know each other, and of course the logical response is to ask is “What’s your favorite dinosaur?”

Back at the house the guys are sweating about that last one-on-one. Peter gets it and I’m jumping up and down.

Back on the date Dean finally spills the beans about his concerns with his family and potential hometowns and now I feel bad about calling them vampires. They’re a little dysfunctional but it’s all good. She gives him the rose and I’m now most excited to see his “eccentric” family after all this hype.

It’s hard to tell if I really like Peter because he is genuinely leagues above the rest, or if the others just aren’t that great.

On his date he opens up about his jealousy watching her date the other guys, asking her what her favorite part of the experience was. Why aren’t you asking these questions, Bryan?!?!

They just look so CUTE together. He covering his eyes when they’re coming down in the helicopter, snuggling on the sled. It seems so natural.

Rachel is trying to have a serious conversation but you can see she’s freezing her butt off. Doesn’t ABC know black people don’t do cold weather?!

They finally get inside and I realize I have three blankets on and I turned off the A/C.

Peter is saying how excited he is to bring her home to meet his family. He knows they’ll love her, again Rachel asks if they’ll be accepting of a black girl and I want to roll my eyes because this girl is the catch and should not be worried about these things. But also, I get it because sadly, with how the world works it’s an understandable question.

Peter opens up about his last relationship and breaks down discussing the breakup. ABC think they slick editing those lines about him making her cry in the previews. I see you!

“Peter’s hometown could be my hometown.”

Back at the house the guys get a date card and Dean reads it like they don’t already know who’s names are on it.

Adam is like “I’m taking her home to my parent’s house” which instantly to me says “he’s going home.”

“Any more questions that you have? Concerns?” Two questions you’ve never heard from Bryan’s mouth.

He gets a rose and I’m all giddy.

On the group date I already know Adam is going to go home because he’s way too confident. It’s just a matter of when. When Matt gets a tearful goodbye I realized I, and the rest of America must have missed a ton of his storyline because I have no idea why she’s so sad about it.

She’s down to two guys, Eric and Adam and she says she had no idea who she’s going to choose. Really? It’s that close? She must REALLY not like Eric as much as I thought she did.

So the four remaining guys are decent. Perhaps not who I would have picked for her if more were still standing. But hey, at least we know their names.

Peter is still my frontrunner. Eric is growing on me but he’d really have to blow me out of the water to switch to #teameric. He seems nice enough but it’s hard for me to forget his immature moments earlier this season. Besides, in the outtakes you hear Rachel and Peter discussing pooping with the door open. If that’s not true love I don’t know what is!

What did you think of the dates this week?

I’ve never watched the Bachelorette until this season, and I legit feel like they could have wrapped it up immediately following Rachel and Peter’s date to the dog party. They are so stinking cute together!