All of a sudden I’m baby crazy. There’s no question, I’m ready for another.

I haven’t been able to hide my excitement. I’ve been telling my friends, my mom, sister-in-law, and now my mom-in-law. Hi mom! … Don’t tell your son I’m writing this.

Lil’ J is almost two and I really REALLY want my children to be less than three years apart if I can help it.

I’ve been containing my realization from my husband for a few weeks, I wanted him to finish his finals and feel de-stressed before dropping the bomb on him.

I mentioned he third bedroom in our new place we’re moving into next month as a second nursery and that was a bad idea. I switched gears and avoided shattering his dreams of a man-cave. 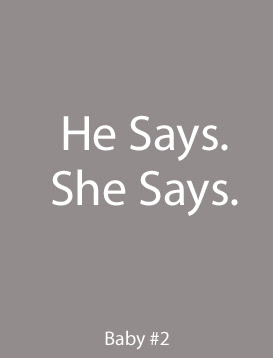 It went something like this the first few times:

She says: “Now that you’ve got all this training out of the way we should have another baby, it’s perfect timing.”
He says: “I thought we were going to wait another year or two?”
She says: “No way, I want them closer in age than that.”
He says: “I don’t want to talk about this right now.”

He says: “[Our daughter] is crazy.”
She says: “It’s cause she’s spoiled, she needs a younger sibling.”

Yet another subtle hint

And again the next night

Then finally getting serious

She says: “Really, what are you waiting for.”
He says: (Nothing that really makes sense).
She says: “Let’s think about the best and worse case scenario… Everything is going to work out.”
He says: “The absolute soonest would be three to four months from now.”
She says: “Ok… I can live with that.”

She says: “What if a month from now you are feeling great and confidant, then will you change your mind?”
He says: “Maybe. I’ll tell you what, if I do, I’ll let you now.”

I know that won’t happen so some friendly check-ins and frequent reminders will still be in place. After all he went from two years to three months in a matter of days. This was way better than the convincing it took the first time around. He’ll be on my timeline in no time.

I’m not ashamed of my persistence. Some people just need a little encouragement. Besides, who can say they don’t want another kid as cute and fun as the first? 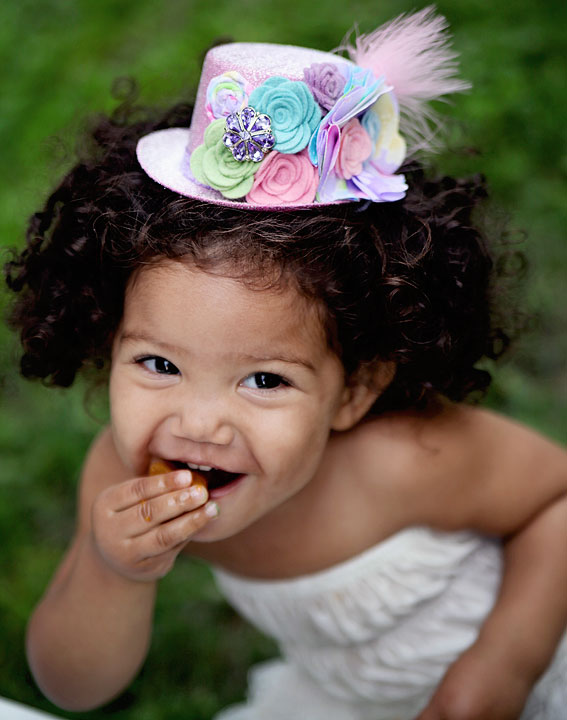 This might be too much information….but I have had a few friends (and it worked for me twice) get pregnant while they have had a cold and taking Robitussin. It thins the mucus everywhere…not just in your throat… creating a faster route for the sperm. Just incase your husband is convinced and changes his mind sooner than later and you want to get pregnant ASAP.

Im feeling a little baby fever myself, but I told myself never again! Its good that you guys are on the same page. & Lil J is too cute in that little hat!

She is freaking adorable. Also… when you get that BFP, I better be one of the first to know 😉 haha

Just do it! Literally, ha!

I’d say the ball is in your court, pretty sure you’ve got the goods that your husband wants and if you happen to “accidentally” get pregnant you know he won’t regret it….he may even tell you that you were right.

o-m-stinkin’-g! she is GORGEOUS, how could he not want to have another just to see how amazing the next one comes out?! lol i think you’re right though, you’ll both be on the same wavelength in no time with little reminders. now if only i could convince big skyler that we need another little skyler…of course i guess we’d have to live in the same state for that to happen. lol and booo all at the same time!

um i think your husband and mine must be twins because we have had that exact same conversation more times than I care to count!!! good luck and hopefully you can sway him the right way!! 🙂

That wouldn’t work on me. 😉 My husband has my 8yr old on the bandwagon now. They pat my tummy and say, “you need a baby in there!”. And it doesnt help that my 15 month old ia baby crazy. She even talks to magazine pictures, which my husband uses as evidence of needing another asap. ugh.

First off she’s so darn adorable, second, Im with you on this one. I have one thats 11, then I have a 4 (almost 5) and a almost 2 yr old. Wish the younger ones were just a little bit closer (although as you know I didn’t plan for the last one, he just kind of showed up, -i was one who was secretly tweeting you when we both thought we were pregnant at same time, around same time) 🙂 I say he just needs to give in and do it. Sooner the better

YOu need to redirect your questioning– try asking him while you are naked!!! He’ll agree then– if he can see the fun side to it– they always give in!!!!

As I see when you have a child everything is changing in your life!
buy essay online

I’m baby hungry myself.. and we too have had this discussion! I could use all the tips of convincing him I can get!!! He keeps saying “In a year when I…” and I keep saying “It takes 9 months to create a baby honey” ha ha! Shes darling… 🙂 I want one of my own! We did just get kitties though… so at least now I’m a pet owner mama! Good luck!

Lil J is going to be such as sweet big sister 🙂

One phrase girl: “www.victoriassecret.com”. Have the next conversation while wearing one of their pretty little thangs and you may shorten the time span even further or maybe not but it’ll be fun trying 🙂

You are in the exact same place I was a year ago Jennifer! What an exciting time for you. Now only if you can get your husband on board. Maybe you could mention that you could start trying in a month and say that it might not happen right away anyways? I’m not sure about you guys but it took us some time – both times.

At least you all are making progress!