“You can do anything.” I mumbled as I started out the car window in half a trance.

“What?” My husband asked.

“You can do anything. I really believe that. And I want our kids to know that.”

“Yes, well…” he started. I wanted to dare him to debate me. “You can do anything you’re good at,” he specified.

“There’s no need for conditions,” I insisted. “Anything is possible.”

My husband considers himself a realist, but sometimes I think he can be downright pessimistic. I, on the other hand, will proudly state my claim as an extreme optimist. I’m not sure if I was born that way, or if something triggered it growing up. My parents aren’t sure where it came from, and out of my four siblings and me, I’m by far the most assured.

My husband went on to say that no matter how good he was at basketball, he’d never have a shot in the NBA. Ok, at his age, he’s probably right. But I don’t think it would have been completely out of the question a decade ago had that been his goal his entire life. Either way, that’s an extreme example. But to a degree, still relevant.

Admittedly this isn’t always easy for me to stick to my claim. When my daughter was in kindergarten at public school they followed a 7 Mindsets Academy program. The kids were instructed to write down “everything is possible” and share their BIG dream of what they wanted to do when they grew up. My sweet five year old said she wanted to be a mermaid fairy princess. Imagine my plastered smile as I read that.

“Ooh, well, that’s nice…” I tried to hide my disappointment.

As parents we were encouraged to resist the urge to give our kids reality checks, no matter what their dream is. The idea is to not be a pessimist or doubt their dreams.

A couple years later her dreams have evolved, as has my ability to encourage her to keep dreaming bigger.

When we are kids we believe anything is obtainable. Our dreams are limitless. The window of possibilities is wide open. Then as the years go by, events change our vantage point. A classmate laughs at your artwork. Your crush shoots you down. A professor criticizes your work. Your parent tells you you’re not good enough. Each little loss pushes that window down bit by bit. By the time you finish college what you once saw as a big breezy window of opportunity only seems to be open half a foot. You don’t believe nearly as much is achievable and you’ve learned to play it safe.

The thing is that window is still the same size. We just don’t see it the way we used to. Imagine how much we could pull off if we let go of our fear of failure and jumped through the window, believing we could fly. 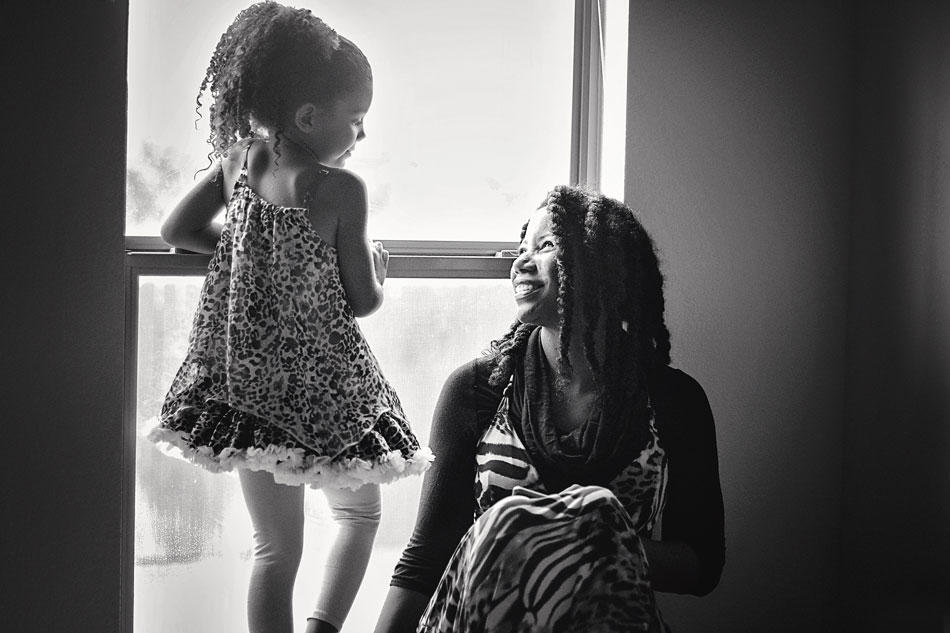 I recently wrote about one of my new big dreams. But something that’s been an ambition of mine for as long as I can remember is to bring people together. People who wouldn’t ordinarily find common ground. Bring them together to listen to and empathize with one another, and solve problems. Yea, ok I guess if I were to give this a name it would be a form of world peace. But it seems as though many of us have all but given up on that idea. I don’t want to let go just yet.

Are our children going to believe they can achieve anything if we don’t even believe in ourselves? When we dream big, they can dream bigger.

I look at my two sweet, beautiful brown children with eyes full of wonder and hope, and I pray that blissful optimism never leaves them.

I catch my reflection in the window of my car and I pray I never let go of mine.

Dream big so they can dream bigger than you.