*UPDATE*: My 5-year-old saw it!! Here’s her review: 5-year-old Alice Through The Looking Glass Review

I’ve been dying to share my review for this Disney movie because my opinion on it is quite different from any of the others I’ve reviewed in a while.

To be honest I wasn’t even planning to see this movie. I didn’t see the first one, and I’m just not a big Tim Burton fan. Actually, I take that back. I love Beetlejuice, Edward Scissorhands and some of his Batman movies. But Tim Burton’s “kids’” movies just haven’t been my thing.

That said, I got to screen the movie a few weeks back when I was at Disney World for the Disney Social Media Moms Conference. I’d heard conference attendees got to screen movies and I was really crossing my fingers we’d be seeing Finding Dory or (I knew it was a long shot) Moana. We did see the first 33 minutes of Finding Dory (OMG it was great!) but were told we’d get to see Alice Through the Looking Glass in its entirety. 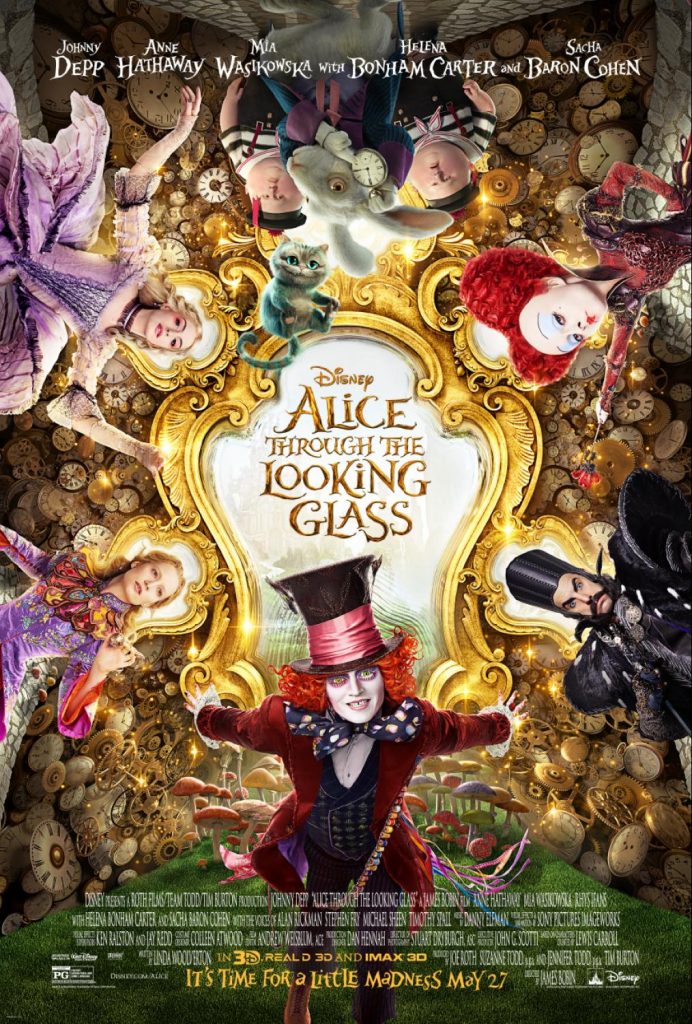 At first I was sort of groaning inside, but then I got to hear from one of the creators of the film and see all that went into the making of the movie and it gave me a new appreciate for it. I took this as a challenge to break out of my Disney Animation and Disney Pixar movie reviews and analyze something else.

I had my 10-year-old sister with me on this trip and she’d seen the first live action Alice in Wonderland movie and said it was okay. So I decided I’d go into this film with an open mind and decide if I’d be willing to take Lil’ J to see it, and then write an honest review about whether or not I think it’s too scary for young kids.

I’m going to leave out spoilers but talk a little about the plot a bit to give you an idea if you’d like to take your little ones. The movie is rated PG which means parental guidance suggested. Some material may not be appropriate for children. So is Alice Through the Looking Glass scary for kids? Especially younger ones?

First off, I mean, when you look at the movie poster it’s a little freaky. I mean, really let’s just be honest. The Queen of Hearts has a giant head and if your kid is afraid of clowns it’s just hard not to mistake the Mad Hatter as one. Again, Tim Burton’s adaptations of these movies twist them in a way that isn’t the most little kid-friendly in my opinion. Once you get past that? Well…

The movie opens up with Alice leading her ship crew through a storm. It’s obvious off the bat that this film is going to hold a tone of female empowerment, which I love. 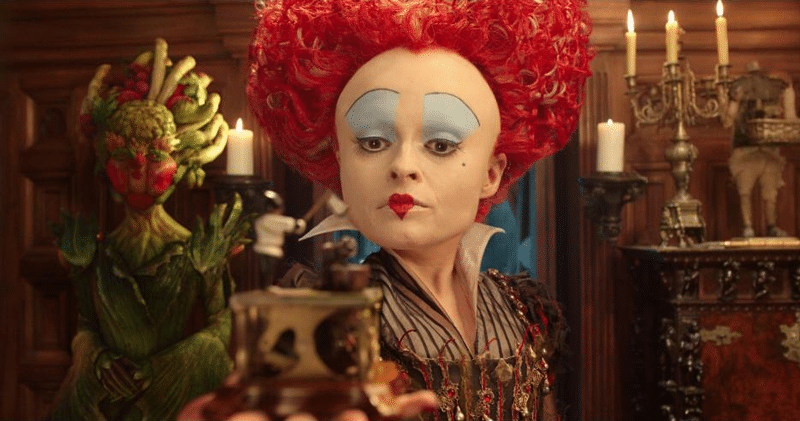 Alice makes her way back to Wonderland and goes on an adventure to help her sick friend. There’s a lot of action, a frightening dragon, a scary witch (the Queen) whose head grows when she gets angry and in a flashback, when she’s injured. All of these scenes I think are frightening for young kids and would probably scare my daughter, not to mention the frightening appearance of some of the characters loud scenes and startling imagery.

There were other kids in the theater watching the movie, my friend’s 6-year-old daughter did get scared at a few parts but I didn’t see anyone leave or hear any kids crying. Personally I’d recommend this movie to kids 9+, but you know your kids best.

The English accents are a bit thick–similar to those in the live action adaptation of Cinderella. So if your children had a hard time understanding characters in that film, they may face a similar challenge with this one.

There are a ton of funny puns and humor that adults and older children will enjoy, but most of which I think would go over my daughter’s head. UPDATE: It didn’t, here’s what she thought: My daughter’s review.

I told Lil’ J about the movie and she’s said she wants to see it, despite me telling her it’s a little scary. I basically told her the whole movie because I think it’ll help her to be prepared. We’re going to see it tomorrow night together so I’ll come back and update this post with her official reaction to continue in our mother/daughter review tradition. 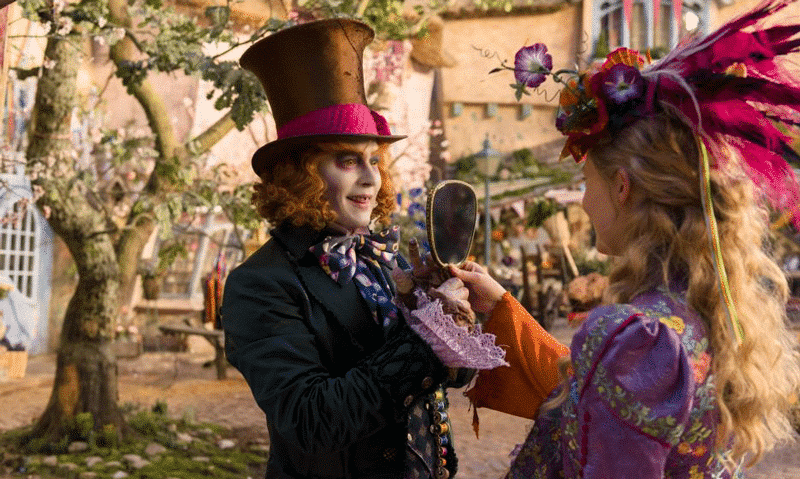 Now that all the harsh stuff is out of the way, I must say that I LOVED it. So did my 10-year-old sister. I’m a sucker for a good time-travel plot and this movie did it well. The visual effects are absolutely stunning, and the message of friendship, family and girl power is undeniable. I think I’ll even buy it, which is saying a lot because I don’t buy most of the live action Disney movies (but I own every animated one).

If you haven’t seen the first movie I don’t think that will be a problem as I didn’t and I didn’t feel like I was missing any part of the story. My little sister (and everyone I’ve spoken to who has seen both) said they enjoyed it more than the first movie. So if you hated the first one, maybe it’s worth giving this one a shot. And if you liked the first one, well maybe you’ll love Alice Through the Looking Glass.

It opens in theaters everywhere this Friday May 27th.

Come back Wednesday for Lil’ J’s review! UPDATE: Here’s her review (spoiler alert: she loved it!)

Our other recent Disney Movie Reviews:

Looking forward to reading about what your daughter thinks! I’m hoping to take my 5-year-old this weekend.

Just posted her review! I need to update this now 🙂

I took my grandsons are 3.5 and nearly 7 to see Top Act. Which was awful so got sphere to this film. I think they were a bit young t b h . I was disappointed that Alice was an adult. She’s supposed to be 7.A bit grown up for little ones.would probably suit 8 to 12 age group.

I was wondering if you ever considered changing the layout of your site? Its very well written; I love what youve got to say. But maybe you could a little more in the way of content so people could connect with it better. Youve got an awful lot of text for only having one or two images. Maybe you could space it out better?