A Mormon Heart-to-Heart with My Daughter About Compassion

My daughter came to me dressed from head to toe. Two hair bows in her hair, necklaces draped around her neck, a flowery dress and pink Mary Jane’s on her feet.

“Don’t I look beautiful?” She asked me.
“Absolutely!” I beamed.
“One more thing!” She said as she skipped away.

She came back carrying a box if nail polish.

“Will you paint my nails?”

I smiled and sat down with her as she picked out several colors. 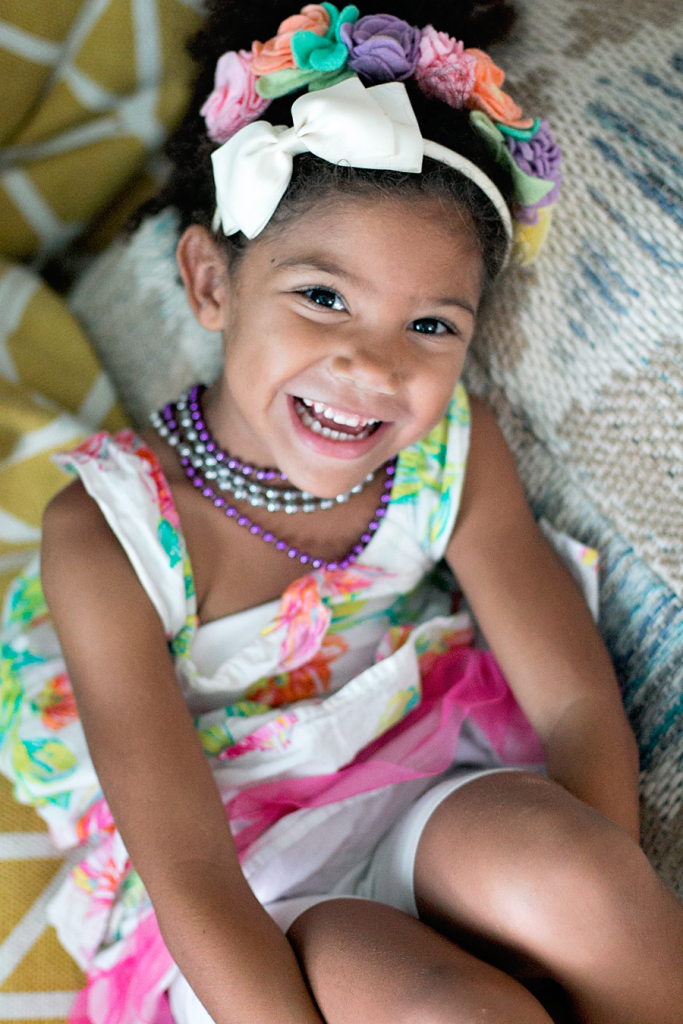 My eyes watered as I looked at my daughter, completely innocent, utterly beautiful inside and out. And my gut wrenched as I imaged how it would feel if things were different and she couldn’t join the church I grew to love. How long it would take for the world around her to take hold and violate her Christ-like innocence and compassion?

“What would you do if you heard someone on the playground calling someone else ugly?” I asked her as I twisted open the first bottle of nail polish.

“STOP THAT!” She said in a disturbed voice, responding to my question. “That’s not nice!”

“What if someone said ‘blue is the best color ever, not pink!’”? I asked her.

She thought about this for a moment seeming to think how she’d respond.

I stared at her, tearing up again at the wisdom coming from my 5-year-old. She was smiling back at me, with confidence and pride. And she continued giving me instructions on how she’d like her nails painted. 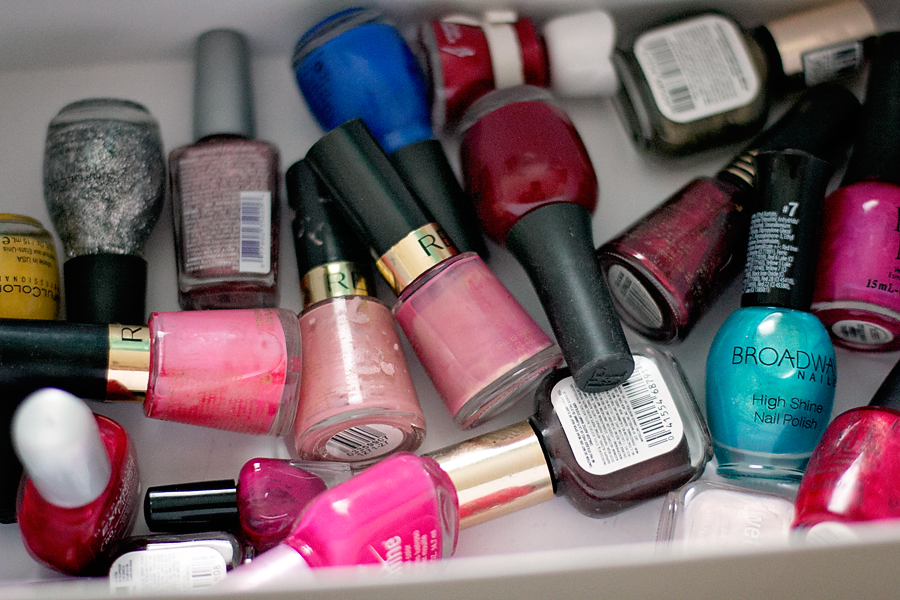 “You can keep asking me questions,” she said. This “what if” game is one of her favorites.

“What if someone told you it was weird that your parents didn’t match because my skin is brown and you daddy’s skin is white?” I asked. We’ve been down this road before, we’ve discussed the Loving Family, and segregation and how people’s views have changed over the years. So I wasn’t entirely surprised by her response, except the first part.

“Daddy is blond,” she corrected me.

“‘It doesn’t matter if you have different skin colors,’” She continued, ignoring my response. “I have brown skin and my mom has dark brown skin. And my brother has brown skin. My dad has blond skin. We all love each other. And we can still be friends even if your skin is orange.”

Now I was beaming. But I had one more question.

Our church has recently added a policy so that children of gay parents who are married or live together can not be baptized until they’re adults. The reasoning expressed was that they “don’t want the child to have to deal with issues that might arise where the parents feel one way and the expectations of the church are very different.” And also so that those children are “not placed in a position where there will be difficulties, challenges, conflicts that can injure their development in very tender years.”

This made me wonder, exactly what are we are saying and teaching our kids at church that could injure children in this situation to the point that they would be better better off not coming, or rather– not being baptized until they’re adults, even if their parents are ok with it?

Did my daughter already believe that children coming from same-sex households were bad people? Less-than? Evil? Couldn’t these teachings potentially harm her development as well? Should she also wait longer to make a decision about baptism?

These harsh words aren’t what I’ve been taught (though I became active in the church after primary years) or believed and I didn’t even imagine this would be something that would come up at church before she turned 8, or a reason to withhold these blessings from innocent children.

My son and daughter have been to two weddings in their lifetime. One with a man and a woman, and one with two men. I thought of this as I braced myself to ask my little girl one last question.

“What if one of your friends had two daddies and someone else said that was weird?”

“I’d say ‘That’s not nice! It’s not weird. It’s ok because they like their family. I have one mommy and one daddy. And I have like, 10 grandmas and grandpas. And daddy has A LOT of cousins. Some families look different.”

That’s my girl. I thought. 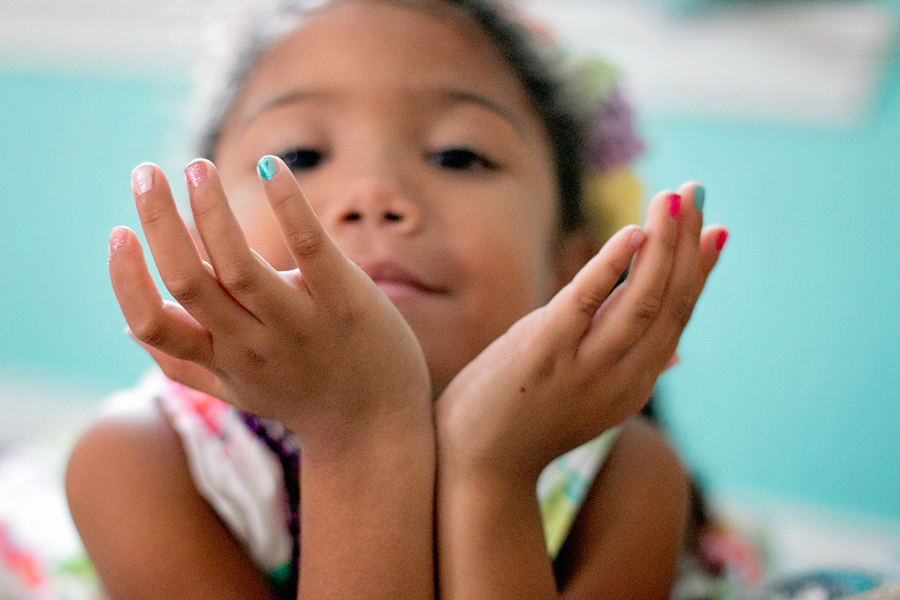 This is just the start of a lot of questions I’ll be asking myself, my family, and most importantly, my Heavenly Father as I try to mend the part of me who feels my greatest divine quality is my ability to find commonalities, the bright side, and have compassion, accept, love, teach, share, and spread the gospel with so many; to a policy that just doesn’t feel right. I don’t doubt my questions ok. Questions are good. I still believe a question from a 14-year-old boy is what started this all.

My daughter’s nails were finished. A beautiful rainbow. She smiled at our job well done. And so did I.

Tears. This us beautiful

Wonderful share and honest thoughts in regards to acceptance. I myself am not religious I am more spiritual in my beliefs because though I grew up Catholic and went to Catholic school I always felt conflicted between the teaches and the actions the words and the rules. You say God loves us all you say he made no mistakes we are created in his image but you want to exclude xyz? Confusing. Your little lady is a beautiful soul 🙂

This is so touching. Your daughter is so smart and compassionate at 5! Children don’t know the differences that we adults are so acutely aware of, these are learned differences. My daughter is 4 and white and she plays with African American kids and has never once asked questions about skin color. She doesn’t see it, or at least she doesn’t think anything of It. It’s made me sad to realize all the prejudices that we have are learned, and I so desperately want to keep her innocence.

I also don’t feel that ruling on not being Baptized until adulthood if your parents are gay is right. Hopefully that will change soon because although it would seem the ruling was maybe made with protection in mind, it sends a negative message about acceptance, and small children of gay parents shouldn’t be excluded from God’s grace because of the family dynamic they were born into or brought into.

She is so smart and sweet! You and your husband must be so proud! What if is a great learning game.

This is beautiful. I love the lessons you are teaching your daughter. I too am asking questions about the new policies, and this post made me feel a little bit better about my questioning…

Beautiful! These are the same thing’s I have always tried to teach my daughter, who is now a teenager. The hardest part is having to deal with the kids who are cruel and not taught the same way because sometimes it seem’s as though they out number the one’s who are taught to be accepting and compassionate.

One of my favorite posts of yours to date.

Very moving. Your blog has expanded my world view in valuable ways. And you are a wonderful writer. Thank you for sharing your gifts.

It’s so touching! Having children is a real blessing! We’re TTC now, so I keep on reading articles like this: http://rocketparents.com/first-symptoms-of-pregnancy/ and hoping…

I think it’s great you are and your daughter are asking questions! Kudos girl. Never stop doing that. As for our church policy, *my* personal feelings is given the social climate the church was almost forced to. Children are not being punished and no one is being singled out. Everyone can enjoy the blessings that come from the gospel. Children can still attend church, get priesthood blessings, etc, even baptism! It just is put off until they are old enough to understand. This policy creates harmony amongst families, and avoids lawsuits. The church has always taught to love everyone and be accepting of them, but we do not have to accept actions. There is a distinction, and those actively participating need to know that. That’s just my thoughts. I wish you well and keep being super awesome. You’re one great Mama! Love you