I was 16 years old and on stage for the Miss Jr. Teen Georgia pageant. I wore a borrowed white evening gown in front of hundreds of people.

I don’t remember what my question was during the interview portion of the pageant, I don’t even remember what the judging categories were. But I do remember the emcee saying something that changed everything for me.

He presented the reigning queen and spoke of her accomplishments. Among them was she had earned enough scholarships to pay for her entire college education.

I stood awestruck. I had recently discovered that my parents didn’t have a secret nest egg they were waiting to give me upon graduation. No, they told me they expected to me to go to college but I’d have to get loans to pay for it.

Here I was, watching a girl who had accomplished something HUGE. I had just one thought…

I am going to do that.

Hadn’t a clue how, but I set my sights on earning a full scholarship. Or cumulative scholarships to pay for all of my tuition.

A couple of years later I went to college and did that. It wasn’t easy, and it didn’t come on its own. In fact, in the beginning I did have to take out some loans. But I quickly paid them off with scholarships. And by my junior year I was awarded enough scholarship money to pay for all of my college tuition, my books, and even living expenses.

That experience taught me that there are no limits as to what I can achieve. So why should I put any on myself?

Earlier this year I had to remind myself of this realization as I’d been shoving another dream aside.

I dreamed of having a huge yard my kids could play in, trees they could climb, and a place we could explore. Any time this vision came to my mind I’d make excuses for why it would never happen: It would be too expensive, I’d never get my husband to agree to move, I should just be happy where we are.

And I WAS happy, and grateful, and totally fine staying put. But I wanted to allow myself to dream bigger.

I made my husband an offer he couldn’t refuse. A seemingly impossible offer.

He knew better than to just laugh and brush me off. We’ve been married nearly 14 years and he knows how unstoppable I can be when I put my mind to something. So he thought for a moment about what he was agreeing to.

“If you save enough to put half down, we sell our condo, and we have a three car garage,” he said.

I got to work putting calls in to find a realtor who could help sell our condo in Utah. We bought 11 years ago, right before the housing market crash. And held on to it because we had to. It had been draining our energy and money for years.

Within a month and a half I had given our tenants notice, had them moved out and had it sold to a cash buyer. Our realtor had it under contract and off our hands in about 11 days.

By this time I had already been searching for the perfect house. Four bedrooms, an office and a playroom upstairs. Trees, and lots of space in the backyard. I went to bed picturing it. Woke up dreaming about it. And prayed to be led to the right home for us.

We didn’t see any exactly right so we decided to build one.

We are getting an acre more than I imagined, a few extra perks inside and the three car garage I promised my husband.

The final piece of the puzzle was the savings. I hired new people on to my business this year which was at first terrifying, but wound up being the most brilliant thing I’ve done in a long time. We buckled down on budget, cut back where we could, and I worked my tail off. I secluded myself a bit so I could stay focused. I turned off my Facebook news feed, put groups on silent and really centered myself around my family, my business and my goals. It was important not to get distracted by what other people were doing or what people thought I should be doing.

I also made a point to tell this goal to a couple of close friends. People who wouldn’t laugh and shrug it off, or try to stomp on my dreams. But would smile, cheer me on and fuel me with more of their own motivation.

As promised I’ve finally, just barely, but still… definitely have, saved enough to pay for half of my dream house up front. Before selling our current house. Two months out from closing we are still discussing IF that’s what we want to do, or if we will allocate some of those funds in other ways. But I still held up my end of the bargain. Made it happen. I told myself I could do it, worked  my tail off. And I’ve done it.

Don’t squander your own dreams. Don’t get in your own way. Go after that thing you’ve been putting off. You can do it. 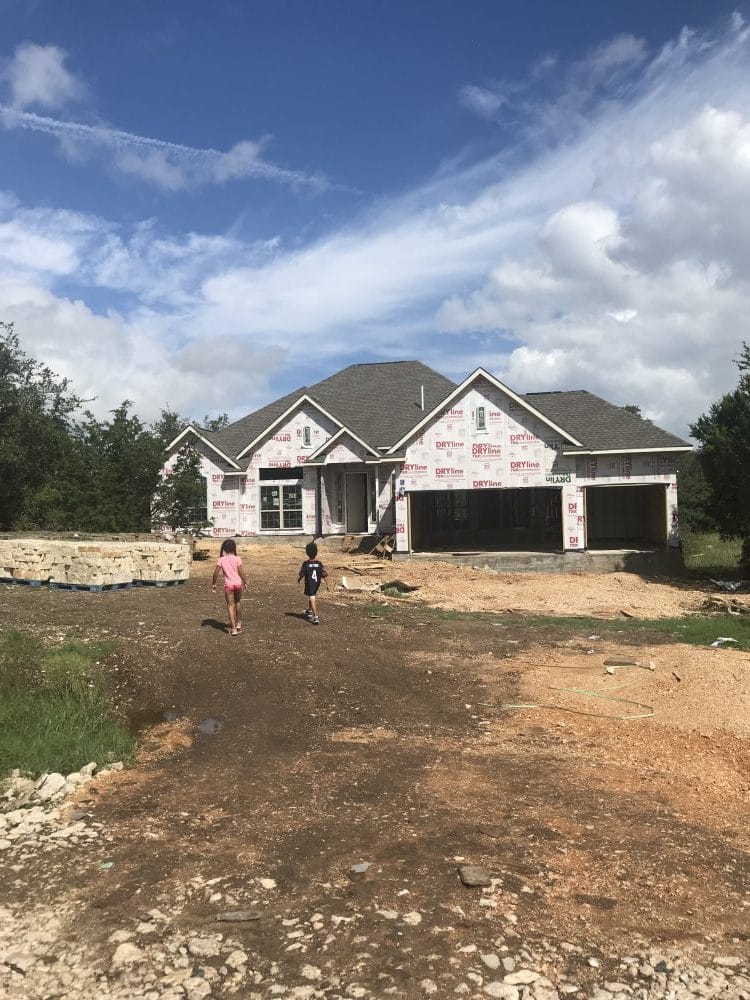 YOU ARE AMAZING. Thanks for writing such an inspiring piece. It’s good to be reminded that our potential is rarely fully tapped.

You are amazing!!! And inspiring!!! I would love love love to do this someday!! What a great goal!! I have goals for paying off my husband’s student loans quickly. 🙂 Like the next 3 years if we can swing it and then save for our dream house!! Way to go!! So proud of you!!!

Congratulations!!!! I am so happy for you!! I stumbled on your blog a while back and I honestly feel your humility through your writing!!! I love your blog! Such an outstanding accomplishment and I am extremely happy for you and your family. I recently went back to work after giving birth to twins and the transition has been harder than I expected. My heart just isn’t in it anymore and I can see the effects the longs days are having on my oldest child in terms of his school work. ( we live in one city and we work/go to school in another) I am now thinking to be a stay at home/work from home mom. I started my family blog on September 11 and I’ve given myself a year to get things off the ground so I can quit my day job (Blogging is hard work!). When I say it to others they give me “Dont be silly” look or they laugh and it is so discouraging. I’ve actually stopped telling my friends and family because of the criticism. I was starting to think my dream of quitting my day job was far-fetched too BUT, after reading this post, you’ve empowered me to continue working hard to achieve my goal. Thank you so much for sharing this with us and I am extremely proud of you for CRUSHING THAT GOAL!!!

This is very inspiring, especially as an inspiring mom-preneuer! Any tips on getting a business started? looks like it will be a beautiful home : ) thanks for sharing!