My 5-Year-Old’s Take on Finding Dory

Last night my 5-year-old daughter and I screened Finding Dory. This girl was READY. I’m talking countdowns, was dressed in blue when I came home, with her “talk like a whale” pinned to her top. The only movie we’ve been waiting this long for is Moana, and we still have a lot of waiting to go. 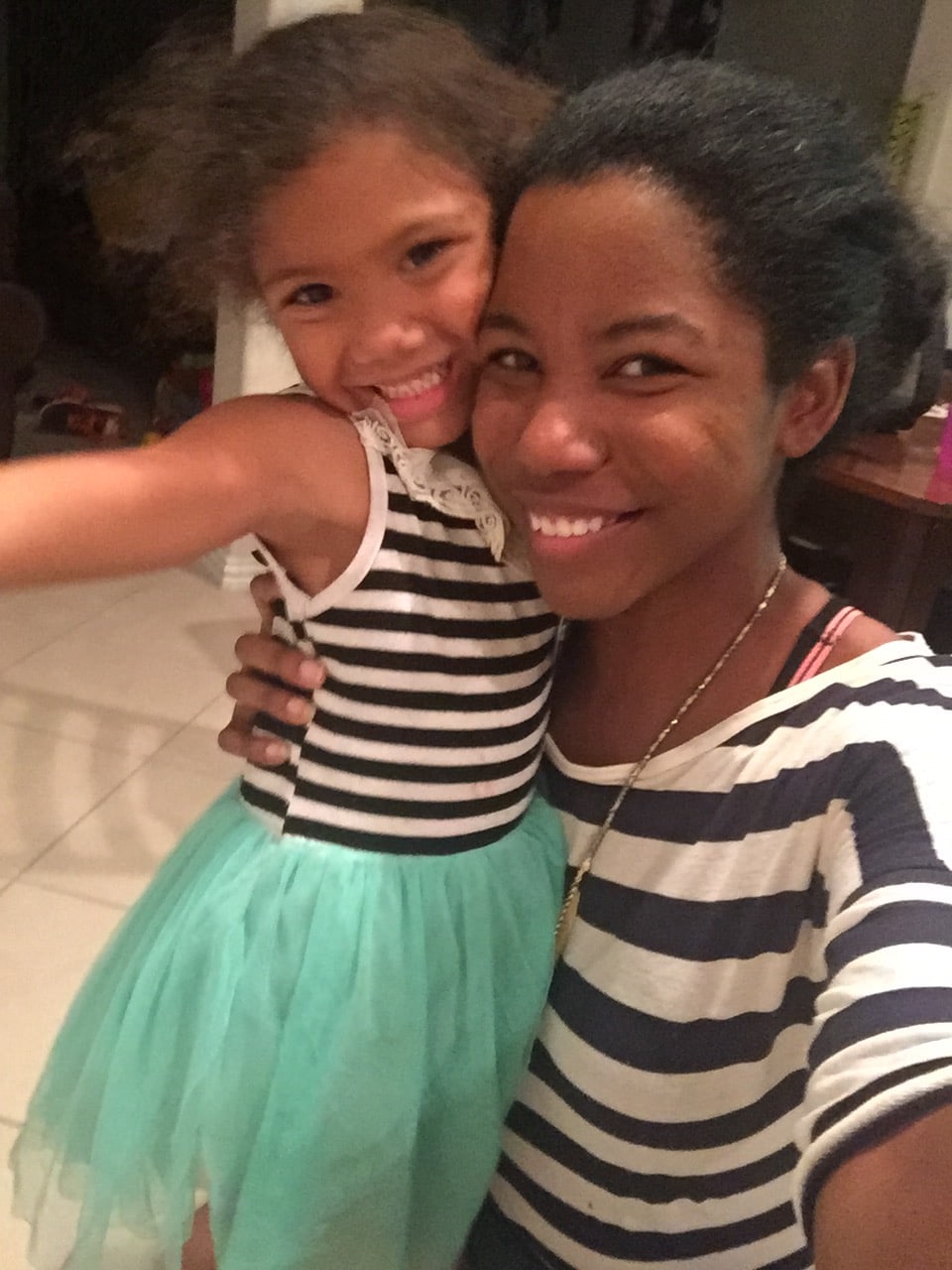 She’s watched Finding Nemo on the last week of school with her kindergarten class, so her memory was refreshed of the original. I’d seen it enough times (and watched the musical at Disney World last month) so I felt ready to go as well, though watching Finding Nemo beforehand isn’t needed to understand the second movie, I’d suggest it if it’s been a while, just to understand more of the humor. Now, on to our thoughts.

“The best movie ever!”

I’ll let you guess who said what. When it comes to Pixar sequels, you can expect a much much higher quality than Disney Animated sequels that are mostly direct to DVD. However, with the exception of Toy Story 3, I haven’t been a huge fan of the Pixar sequels. Finding Dory is definitely one of the better ones, if not the best in my opinion. Why?

Without giving anything away (this movie was too good to give spoilers away, you can read those elsewhere, but I’d love you to experience it as I did.):

The search for a family

The strong family storyline, like the first keeps you cheering for Dory and her friends throughout the movie. 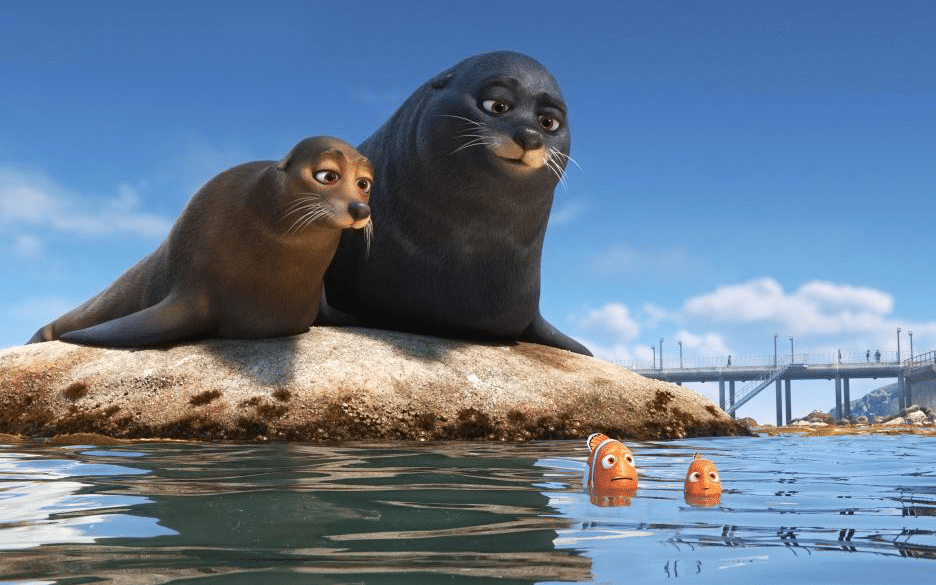 Dory meets some interesting friends along the way, but everyone is so willing (or slightly unwilling but motivated–I’m looking at you Hank) to help. Such a beautiful message of teamwork. In Finding Nemo the sharks and other characters helping Marlin and Nemo reunite were cute and make us chuckle. In Finding Dory, the whales, birds, and seals had me roaring. Oh but thankfully our favorite sea turtle still makes an appearance.

I’m racking my brain to think of the last time we’ve seen a Disney animated movie without an obvious villain… Ok well I guess Inside Out didn’t. But it was so heavy and the depression aspect was over my daughter’s head I’m not really putting it in the same category. Finding Dory was a good funny film and the story was all about a journey with Dory and her band of friends.

Ok now let’s talk about this movie and little kids.

My 5-year-old isn’t a huge laugh out loud kind of girl but there were a few times I caught her giggling during this flick. I laughed a lot more than she did and a lot of the jokes were over her head, though not in an off-color way. Like with most movies, I think the more we see it, the more of the humor she’ll get. I want to bring my 3-year-old to see it but I’m going to wait until a slower matinee morning in case he loses interest. The movie is a little long (1hr 45min runtime). My daughter and I didn’t mind, but I did hear some fussy younger ones by the end of the film.

As far as scary parts, there’s one scary scene near the beginning with a giant glow in the dark squid that almost captures Nemo, but once you move past that, it’s all adventure and laughs.

The ending dragged on a little longer than I felt it needed to, but it kinda wrapped around and tied it back to the beginning. 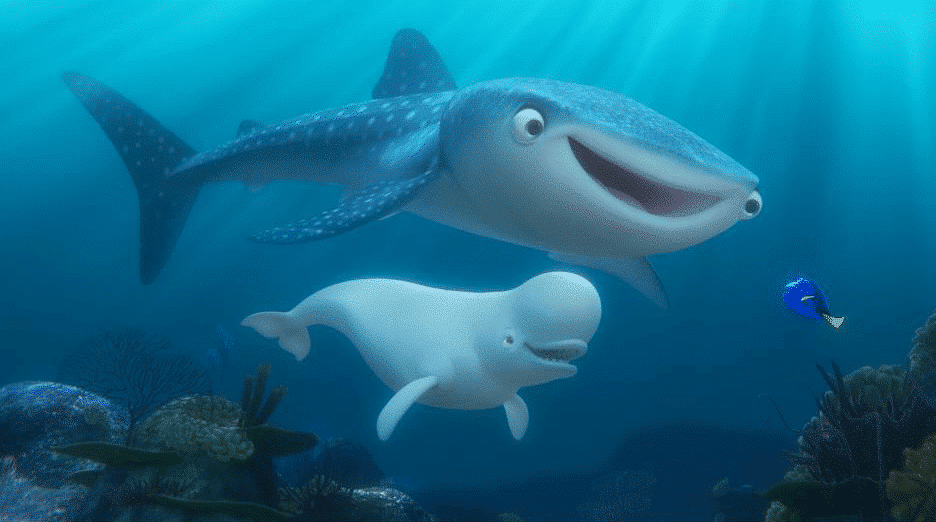 But enough of my opinion, keeping with the tradition…

Q: What did you think of the movie?
A: It was great! Better than Alice Through the Looking Glass

Because there were funny parts and silly parts. I thought seals were funny, and the cute distracting otters.

Q: Did you think the movie was scary?
A: Not at all.

Q: Should your friends go see it?
A: Yes, because I think they’ll love it.

Q: Tell be about one of the characters
A: Hank had to learn a lesson. He had to learn to always be kind. Mommy, write this down… My mom’s favorite character was Hank! 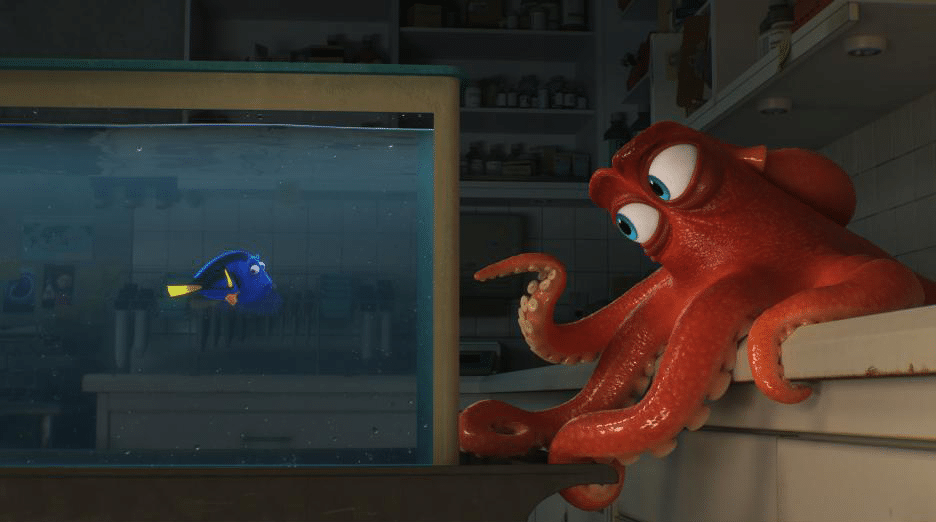 Q: What aged kids do you think would like this movie?
A: 5 and 6. Little kids would like the short film (Piper–Which was SO adorable).

Q: Who was your favorite character?
A: Destiny, because she was funny cool and brave.

Q: Anything else you’d like to say about the movie?
A: Yes! I want to see it again. I liked it more than number 1 (Finding Nemo).

And there you have it! A 5-year-old’s take. Hopefully it helps you decide whether or not to take your kiddos!

Are you planning to see Finding Dory this weekend?

Here are some free Finding Dory coloring sheets you can download for free to get your little ones excited about the movie, or to keep talking about it after! Just click the image to download and print!

Alice Through the Looking Glass

and The Good Dinosaur

Love it!!! We are seeing it on Friday!

I was so happy to see this review by you and your daughter! I have a very sensitive almost 5 year old who, of course, wants to see the movie. But is a little nervouse due to her anxieties and being frighten in the past. This was very helpful for us. To know that there is no villian and to be aware of scary parts ahead of time is very helpful!!! thank you!!!

So happy to hear that Laura! Please let us know what you think if you make it out to see it. Glad you found our review helpful. We try to do all the Disney movies so I hope you’ll check back for more 🙂

Thank you for the review! I was worried about taking my daughter (4 years old) to the theater in case she was afraid. She really didn’t like Zootopia. We ended up fast forwarding through several parts (I’m glad we rented that one). Did you guys see Zootopia? If so, how do you think it compared in the category of violence/frightening scenes? Thanks!

Hi Kelly, sorry for my late reply. I linked to our Zootopia review at the bottom of this post (I think, let me know if I forgot). I thought it was pretty scary for little ones. Especially in a big dark loud theater. This one has that one scene I mentioned at the beginning but the rest is pretty silly and sweet. Enjoy! And let us know what you think if you see it!

Thank you for your review!! I have a 4 year old and 3 year old. I’ve never taken my kids to the theater since they scare easily! For example, they can’t watch monster inc. (The scaring frightens them), toy Story 3 (the security monkey), finding nemo (bruce), etc.

I think this will be the first movie I take them to ?

Let me know how it goes Belinda. Yes, all of those movies have a few scary parts, plus in a big dark loud theater it can seem even scarier. I hope you’ll come back and let us know what they thought!

Thank you so much for your review! After I read it I figured that I would chance taking my 2 year old to her first movie. It was great to know that there was a scary scene near the beginning, once I realized what it was I just held her close and covered her ears and it was smooth sailing after. She really enjoyed it but did get a bit fidgety but I could hear other kids having the same problem around the same times of the movie (any time it got a little slow). Anyway, thank you again for the review. I have a very sensitive little gal and it was great to know ahead of time what to look out for.

I’m so happy to hear that our review was helpful Chelsea! Thanks for letting me know how it went, I’m so glad she enjoyed it. It was a pretty long one for a 2-year-old. I’m hoping to take our 3-year-old next week! I hope you’ll keep checking back for more of our mommy/daughter movie reviews 🙂

Hello!! I was wondering if she got upset at all? My almost 5-year old started crying (in the theater) during the scene where she went back to her home and had her childhood memories but her parents weren’t there. Then afterwards her and her 6 year old sister kept asking me if they would ever lose me. I loved the movie and was not expecting that reaction.

Hmm it looks like your blog ate my first comment (it was super long) so I guess I’ll just sum it up what I had written and say, I’m thoroughly enjoying your blog. I too am an aspiring blog writer but I’m still new to the whole thing. Do you have any tips for first-time blog writers? I’d really appreciate it.