It seems a little bizarre that I’m only 30 years old but celebrating my 12th anniversary today. Mathematically it doesn’t seem right. But what can I say–I was a young bride (I’ll be 31 in a few weeks) and we were in love. 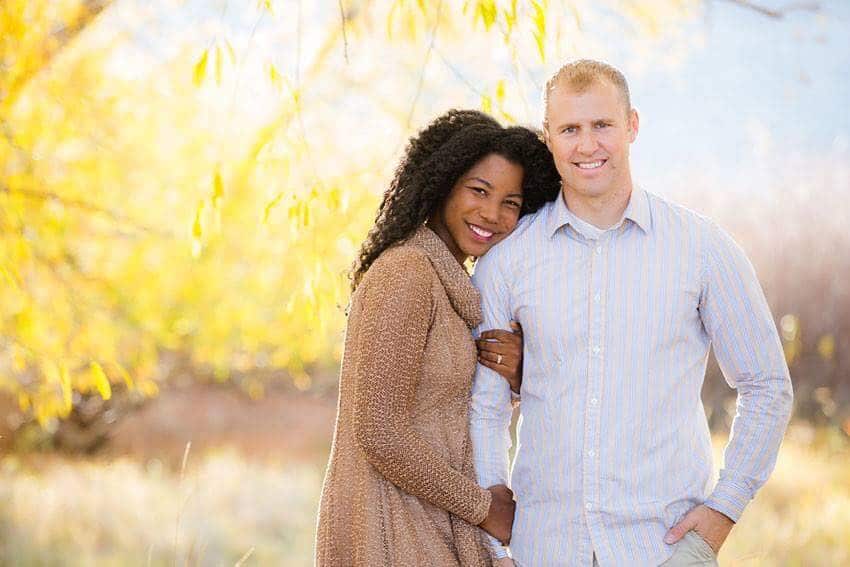 Lucky for us, we still are.

More than any anniversary before I wanted to get away this year–Not far away, close enough to get home easily for Christmas but far enough so that we feel like we’ve escaped.

First of all–Who gets married two days before Christmas? College kids, that’s who. College kids who have a break between semesters to have a quick (and insanely cheap) honeymoon and get back before classes start.

Of course back then we didn’t think it was a big deal to be married right before Christmas, we thought it was pretty cool actually. Now, six years into parenthood every year I ask myself what we were thinking! How did we not have the wisdom to think ahead to parenthood? 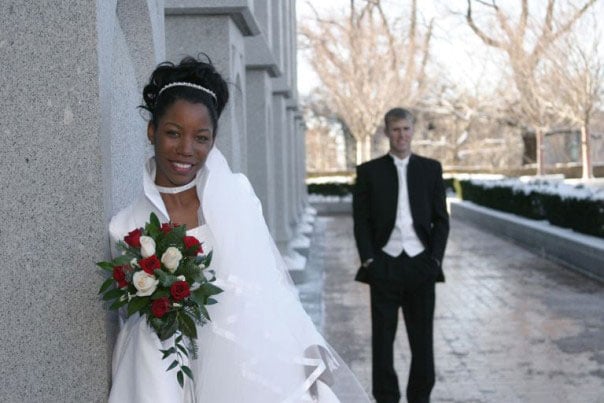 So we’ve escaped to a wooded hideaway a few cities away surrounded by trees, hammocks and running water. Our only plans are to pig out (I’ve already eaten about two dozen chocolate covered strawberries), watch movies, laugh until we cry watching news bloopers and other amusing YouTube videos, get a couples massage and relish in the child-free silence.

It was something else waking up this morning without curls in my face and a toddler laying on top of me. I’m used to starting the night with a husband in bed then waking up the next day with a missing husband, two kids and a dog all on my side of the bed. Today I woke up the same way I fell asleep, without interruptions and I can honestly say I’d forgotten what that was like.

One thing I’ve found myself saying to my husband over and over yesterday and today is “wow, we really know each other!” We are so different. SO different in so many ways. Personality wise especially. But I get him and he gets me and it works. Let me give you an example from this week.

My mom offered to give us her piano. It’s a beautiful upright and since Lil’ J and I have been taking lessons I was really excited to get one. Well my husband was NOT excited about us getting a piano. “The kids will bang on it… Where will we put it?”… blah blah blah.

Logistics. He doesn’t like them. So I handle them.

So one night as he went out to get dinner, I strategically timed the piano movers to bring it in then, rearranged the living room furniture, cleaned everything up and snuck everyone out. When he got home he wouldn’t even have noticed it if our daughter hadn’t pointed it out as soon as he walked in.

“Woah, when did that get here?” he said. I explained and he said “cool!”

But did he freak? No. Because all the work was done. And it looks great!

Twelve years in and we know each other’s buttons, likes and dislikes. We have our moments, like all couples, but I couldn’t have asked for a better husband or father to our kids. I don’t talk about him here too much but my husband is loyal, funny, cynical, compassionate, and thoughtful. He’s my best friend and my biggest cheerleader. He thinks some of my goals and dreams are crazy but he never tells me to give them up. He’s the ying to my yang, and I’m so happy I have him.

I’m normally a “let’s pack in lots of fun stuff” kind of gal for our anniversary but I thought this year–Especially with the year we’ve had, it would be nice to slow down.–Which is totally his jam. So I’m typing up this little tribute from a little queen bed while he watches some sports show.

After hitting publish we’ll head out to lunch and I may eat a few more strawberries. 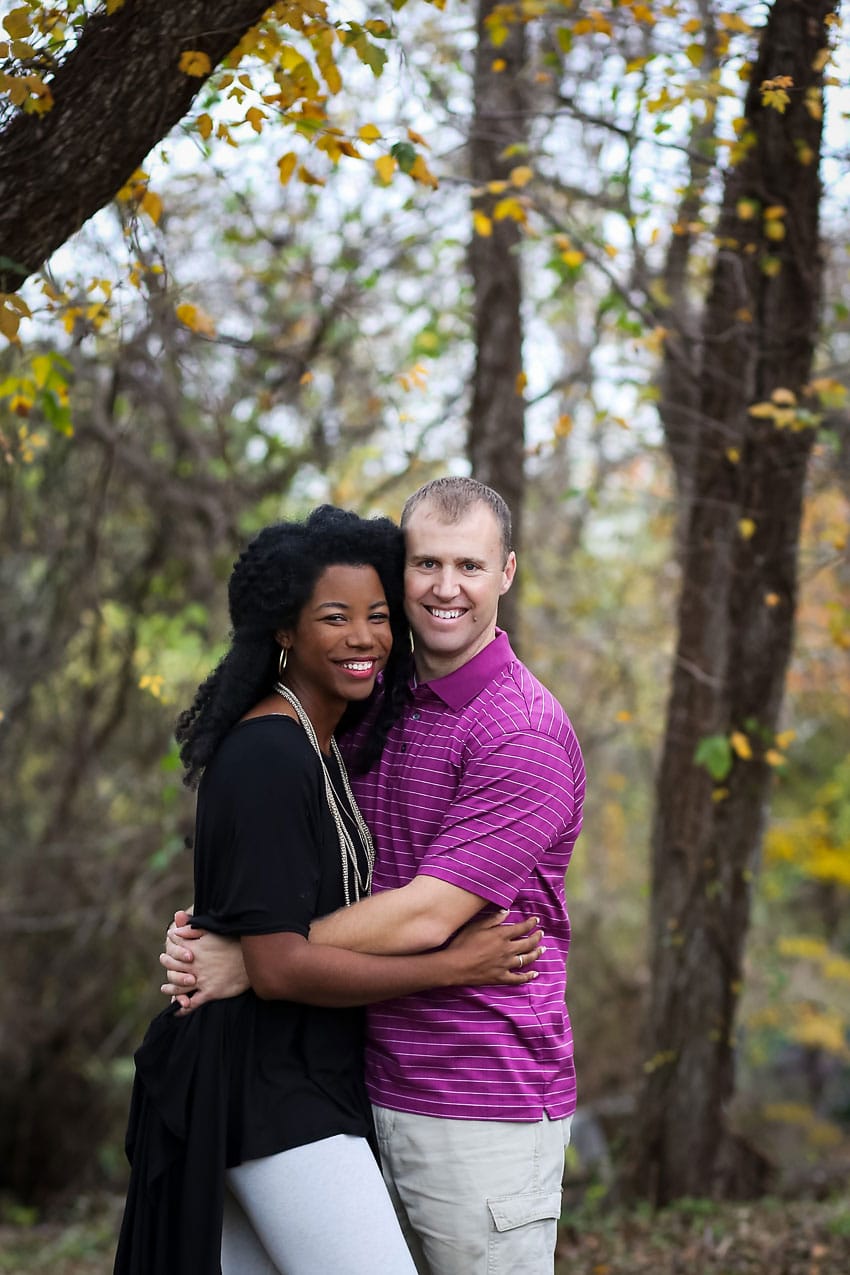 I love this man of mine.

12 years down and forever to go.

I’m so glad we were able to get away for our anniversary the memories are truly priceless. If you’re looking for a way to have a priceless get away during the holidays and beyond, get the most bang for your buck using IHG Rewards. Big thanks to IHG Rewards for sponsoring my priceless anniversary story.

With every stay at an IHG hotel between Dec. 1, 2016 and Feb. 15, 2017, members will receive automatic entry into the Priceless Experiences sweepstakes. Each week, two winners will have the option to choose from a list of various prizes and eight winners will be awarded 60,000 IHG Rewards Club points. Members will also earn up to a $100 Mastercard Reward Card following their second stay at an IHG hotel during the promotion period. Additionally, five grand prize winners and their guests will receive a trip to Chicago including a three-night stay at the InterContinental Chicago Magnificent Mile and a $600 pre-paid Mastercard. The winners will also get to experience a VIP helicopter tour of the city, spa treatment, wine tasting at one of Chicago’s finest tasting rooms and unique culinary experience with celebrity chef, Graham Elliot. Members can register for the promotion at www.ihgrewardsclub.com/priceless2016.

The piano thing!! This is also my marriage. He does NOT do logistics so I just handle it. We also figured out we are not to ever do any DIY projects together. “Just Hire Someone” is our house motto. Happy Anniversary!

Happy Anniversary! Hope you had a lovely time. 🙂

Good for you for getting away. My husband and I are scheduled to go on a trip alone in April, our first real trip without kids in nine years! We took a babymoon (that we didn’t know when we planned it that it would be a babymoon!) and since then we’ve had a handful of overnights and one two night crazy last minute working vacation-type thing (although the one night barely counts as I had to be up super early to catch a flight). But nine years has flown and no opportunity to go off together has happened, until now, as we received a very generous offer and will definitely be taking advantage. My parents will watch the kids, and while the thought of leaving them for five days is intimidating, I know it is SUPER important that the two of us get some significant time alone together. We can barely have a conversation without being interrupted (or being dead tired after the kids are in bed), so it will be a major change of pace for us and I hope we still like hanging out with each other like that all these years later! 😉 I hope your time together was the perfect recharge!

Just stumbled across your blog and to see that you’re about to celebrate your 12th anniversary is WONDERFUL!!! (at 30-31 no less) Congratulations on a beautiful romance and an obviously beautiful family. You are blessed! From your blog pictures, it’s evident how y’all are still so much in love, to find your soulmate so early in life is a rare thing these days, I think you should shout it from the roof tops to give others hope. I’ve experienced a number of deep loves over my life but they haven’t been quite right and so I’m still looking. Sharing your family and your love through your blog is truly inspirational. Thank you for sharing.

My husband and I were married on December 20, 2003. I love that we can take a little time away from the hustle and bustle of the season and just reflect on us as a couple.