It never fails, once a month I’m rushing to the dollar store to stock up on pregnancy tests again because I’m sure my IUD has failed or fallen out and I’m pregnant.

You see,e I can never tell when I’m actually late because I have an IUD and sometimes the dates get a little wonky. Basically if my period isn’t a week early I’m assuming I’m knocked up again and life as I know it is over.

I don’t even really know how the IUD works. I mean, no one does. Don’t ask me why I had a device put in me that even medical experts claim “likely” works in a certain way, but there’s no single explanation. 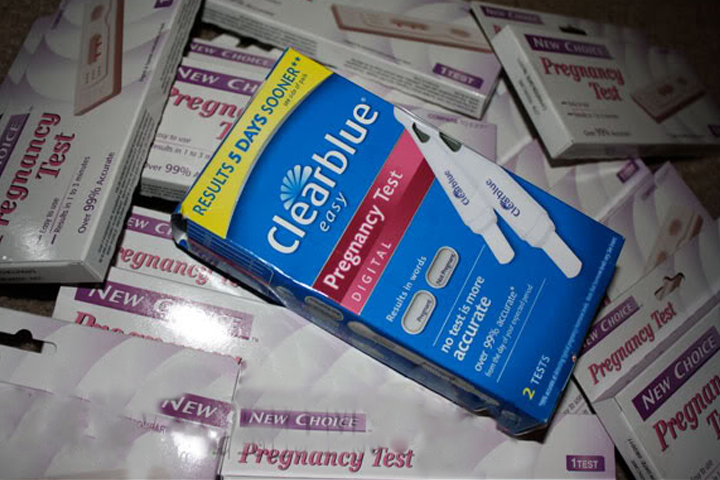 Anyway, why do I think I’m pregnant on the IUD month after month? Here’s why:

2. My belly fat: Boy, wouldn’t that be a great excuse?

3. I have to pee: I have extremely good bladder control. So when I get the urge and I actually have to consider a public restroom, I know something’s up.

4. Phantom kicks: Ya’ll, I’m not joking about this. I FEEL baby kicks in my stomach. I should probably get that checked out.

5. TLC: I Didn’t Know I Was Pregnant… It can happen ya’ll! It happens. And I’m convinced I’m going to wind up on that show because I’m eight months pregnant and didn’t know it. Even though I took a test last month, and the month before and it said I wasn’t.

6. Breakouts: It could be stress. Or it could be the pregnancy.

7. I cried: I almost never cry since becoming a mom. It’s weird. It’s like my emotions have turned rock solid. But I cried when I missed the kiddie train ride for my son at Zilker Park (we got on the next one). And I cried while reading a sad story about a child… On the anchor desk. Where are these tears coming from? The fetus!

8. Parking spaces: No one questions me when I park in spaces for expecting mothers. … Just kidding, I don’t do that.

9. Karma: I always said I didn’t understand “surprise” pregnancies. Like, how do 50% of pregnancies wind up unplanned yet birth control is 95% effective with proper use? Wouldn’t Karma just love to show me who’s boss and make me eat a statement like that?

10. Nesting: I actually WANT to clean my house. No wait, never mind I don’t.

If I actually did want to get pregnant, (which I’m not implying that I do at this moment in time, or ever again really), there would be a few things I’d do. I wouldn’t go all crazy like I did when we were trying for Lil’ J–Forbidding my husband to take hot baths and all. No.

I’ve lived and learned and if I wanted to get pregnant I would probably only change up three things:

1. I’d quit drinking caffeine. No reason in particular, but it’s a tradition I’ve had each time I’ve tried to get pregnant. With my daughter I kept it up the entire pregnancy. With my son I was back to my old ways within a few months. Take it as you will with how that turned out. 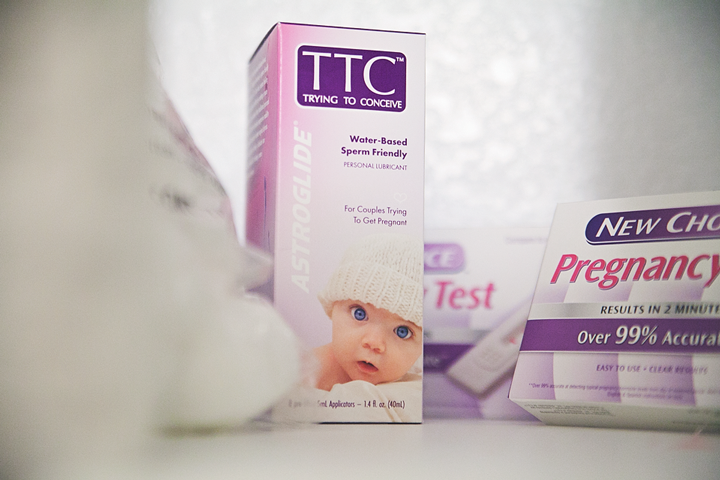 2. I’d trade out the lube. For a more swimmer-friendly version. I did this the first two times and it seemed to help. I mean, I got pregnant. I have a box of *Astroglide TTC Trying to Conceive™ hiding with my dollar store pregnancy tests. If the expiration date is a few years out it could possibly come in handy someday.

3. I’d get my IUD removed cause, you know… Though we aren’t sure how it works, it seems to be working just fine for the time being. I think…

Do you ever have false alarms?

Astroglide TTC is a sperm-friendly lubricant that doesn’t impede sperm motility like traditional lubricants. Check it out here.

*Thanks to Astroglide TTC™ for sponsoring this story. The opinions and text are all my own.

I have moments when I think I’m pregnant too! Mainly because I’m not having a period because I’m exclusively breastfeeding my almost 6 month old. So I feel like at any moment I could be pregnant and not know it!

Those days were the worst! It’s similar on the IUD for me. The first time I had one my period went away all together. It’s getting close to that now too.

Lol love it! I too swear I have “baby kicks/movement” as well but have an IUD too. I was just telling my friends that sometimes I prep myself for my yearly gyno visit with “you know if they find a miracle baby in there I’d be ok with that!”

Haha that’s so funny. Ok I’m glad I’m not alone. It would be some kinda miracle indeed wouldn’t it?

I think you want to be pregnant, otherwise you wouldn’t be thinking this much about it lol. I have an IUD too and I only get light spotting every few months from it. I have thought I may/or may not be pregnant a couple times in the three years that I have had it but I refuse to take a pregnancy test because I figure what I don’t know can’t hurt me and I really really really don’t want to be pregnant lol

Haha Marie, I like your take on that. While it wouldn’t be the end of the world if another fought through the birth control and popped up in my uterus, it would severely impact some travel plans and my countdown to a boob job.

But you understand right? I mean what is up with those kicks?

The phantom kicks are weird!!! I actually realized recently when I could literally feel with my hand kicks that I actually just had anxiety and I’m super skinny so I was just feeling my heart beat through my lower ribs basically haha

Also my cousins wife did get pregnant “on the IUD” except actually she didn’t, because it had fallen out. That would never happen to me though, because I check mine every single day in the shower lol (yes, that’s how paranoid i am)

Haha Marie you are diligent!! I check mine about once a month. I thought it had fallen out once when I couldn’t find the strings but I checked again the next day before setting and appointment and found them. Those suckers! And goodness you and your skinny self. Heart beat?? haha! Yea, that’s not what’s going on in my case. bahaha.

OMG…my heart actually sped up when I saw a portion of the title of this post. I got all excited that I’d get to follow your journey through another pregnancy. Only to be let down LOL!

I love your blog. You are so positive!

Aww Renee, I’m sorry I got your hopes up. Haha. The possibility of a baby #3-o-meter is sitting around 2% right about now.

Haha! “Where are these tears coming from? The fetus!” I love reading your blog. You are very sincere and real. And funny. I was totally laughing out loud by myself 🙂

So happy I could make you smile Raquel 🙂

Hilarious post! No lie though, just had a Friend announce she’s 25 weeks along in a surprise second pregnancy on a failed/now-lost IUD! Hooray for a 15 week pregnancy (as I battle through week 11 with my 4th), but that is one heck of a surprise!

Oh, man, I used to get those phantom kicks all the time! I always want to roll my eyes at accidental pregnancies too, it’s not that hard to not get pregnant! Which probably means I’m totally setting myself up to eat my own words and have an accidental pregnancy one of these days.

The phantom kicks, yes! They never went away after I had my daughter. I secretly love them.

I’m still EBFing my 10 month old, so my cycles are still way messed up. Yet, I still harbor that secret hope/fear that I could be knocked up again. Even though I’m technically infertile and required serious help to get our son, I still wonder when I’m late.

So you have 2 right now? Yes, it’s a strange feeling to not know if you’re dreading it or hoping for it. But those kicks… What’s the science behind that? haha

I was told the IUD had no side effects, but they were wrong. I gained weight, I broke out and if you looked at me wrong I would cry. I had it removed and those side effects went away. You aren’t crazy. Lol

Man, I don’t know if I should be happy or sad that I’m not alone!

I’m glad I’m not the only one. I keep googling and can never find any info on this. Until I just recently I heard about these ‘phantom kicks’ which makes me feel a lot better. Because I can touch my belly and feel like a heart beat or twitching. Oh I took two pregnancy tests in three months. Both negative. Might take another one soon.

I got pregnant on birth control and we used a condom when I was twenty one.

I didn’t find out I was pregnant until I was around four months because how active I was.

At my first doctors appointment I found out I was 22 1/2 weeks and having a princess!!