10 Reasons I’m So Excited for Moana

We’re still more than 200 days out of the premiere of this movie and I’m already excited. I’ve actually been excited for years, since rumors were first revealed about a Polynesian princess. I know Zootopia is still in theaters, but I’ve already seen it twice and have the DVD pre-ordered. And Finding Dory comes out this summer but to be honest, I’m a little nervous. Aside from Toy Story 3, there’s yet to be a Disney Pixar sequel I LOVE as much as the first. So here I am, counting down to Disney’s Thanksgiving film. 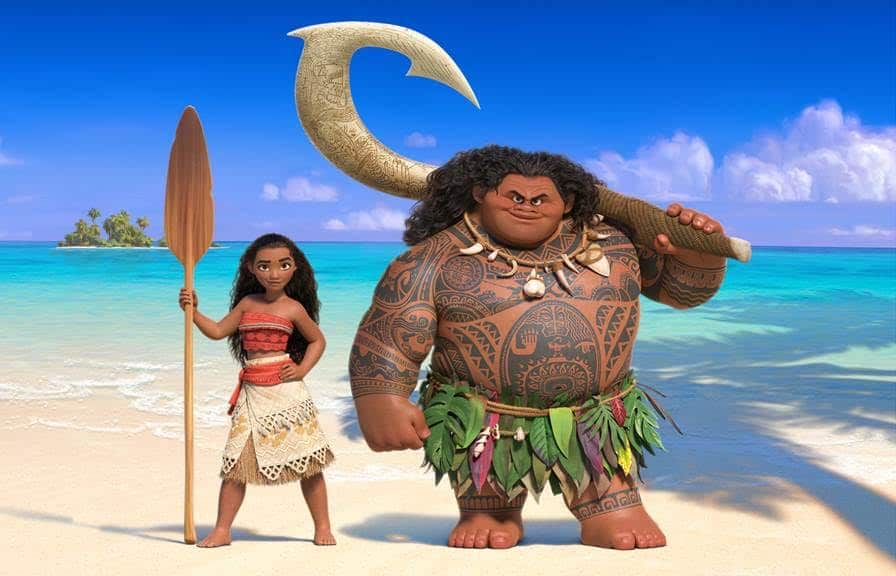 Why am I so excited for Moana? There are so many reasons but here are 10 to help you get excited about it with me.

1. It’s a musical. Quick, what’s your favorite Disney movie? Beauty and the Beast? The Lion King? The Jungle Book (old one, not the new one)? Though I loved Big Hero 6 and Zootopia, we haven’t had a musical from Disney Animation Studios since Frozen. And there is just nothing like a good Disney musical.

2. She’s bound to kick butt: Gone are the days where the princesses sat around singing someday their prince will come. A surge of powerful princesses wielding swords, bow and arrows and bravery, learning lessons and saving others. Moana is going on an action-packed adventure in a voyage across the Pacific. It’s sure to be a delight. At least I hope it is.

3. She’s Disney Animation’s 5th princess of color and first Polynesian princess: People want to see more diversity in Disney films. Are they finally catching on? Moana will make two out of the last five Disney princesses, princesses of color. (Not to get a head of myself, but I’d love to see a Latina princess next.) 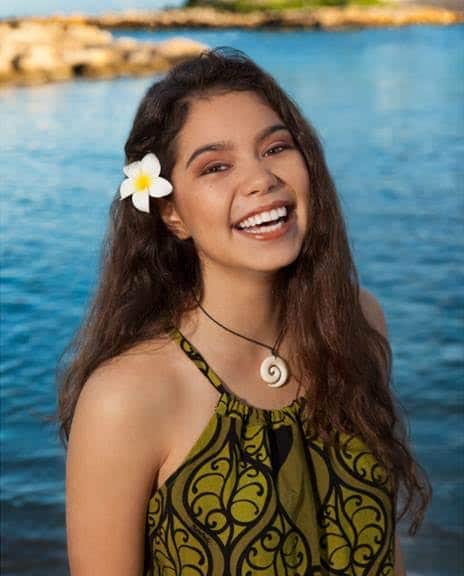 4. We get to discover new talent: Disney cast 14-year-old Auli’i Cravalho, a Hawaii native as the voice of Moana and makes her newcomer to stardom. There were rumors of some pop stars being in the running, but I’m happy they went for a newcomer and excited for this young lady and to see where this takes her.

5. This cg-animated movie comes from creators John Musker and Ron Clements: The duo who wrote and directed “The Little Mermaid” “Aladdin” and “The Princess and the Frog.” All phenomenal movies included in my favorites!

6. Dress-up photos for this princess can be Epic: That gorgeous thick hair, her beautiful dark skin and attitude all over her face. Lil’ J has that written all over her. I mean, now I need to do is convince my husband we should fly to Hawaii to take them. Surely he wouldn’t mind. Lil’ J, and other little girls are going to have fun with this one. 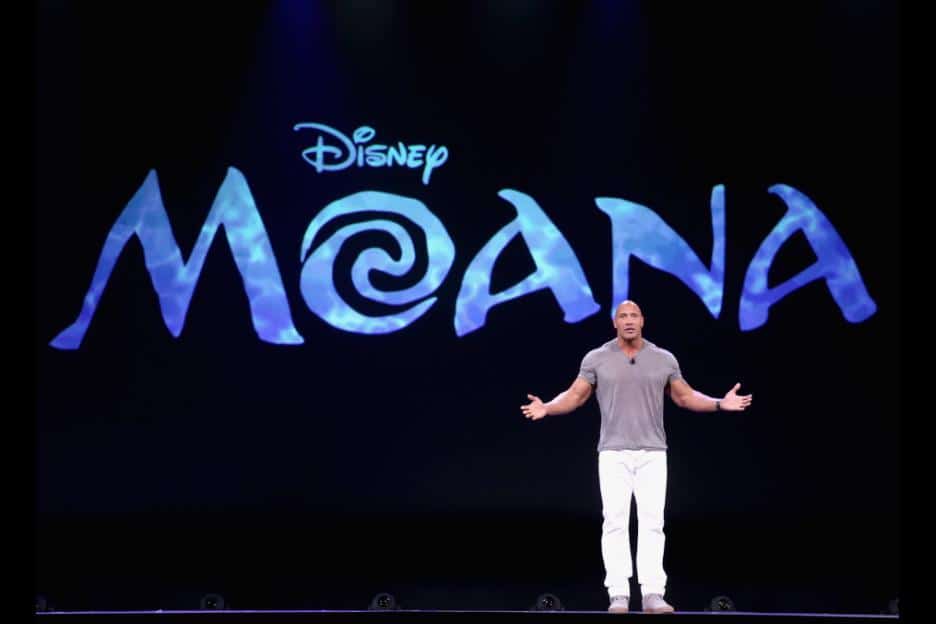 7. Dwayne “The Rock” Johnson: Need I say more? No really. Though we don’t get to appreciate his hunky looks specifically during this film, I’m sure his stellar personality will shine though in Maui.

8. Demigods: I LOVE mythology, especially Greek and Roman and I’m excited to see a story involving Polynesian mythology. When I visited Hawaii last year I saw Ha Breath of Life at the Polynesian Cultural center and it was so beautiful. I can’t wait to see what Disney does with Moana and the story of Maui. 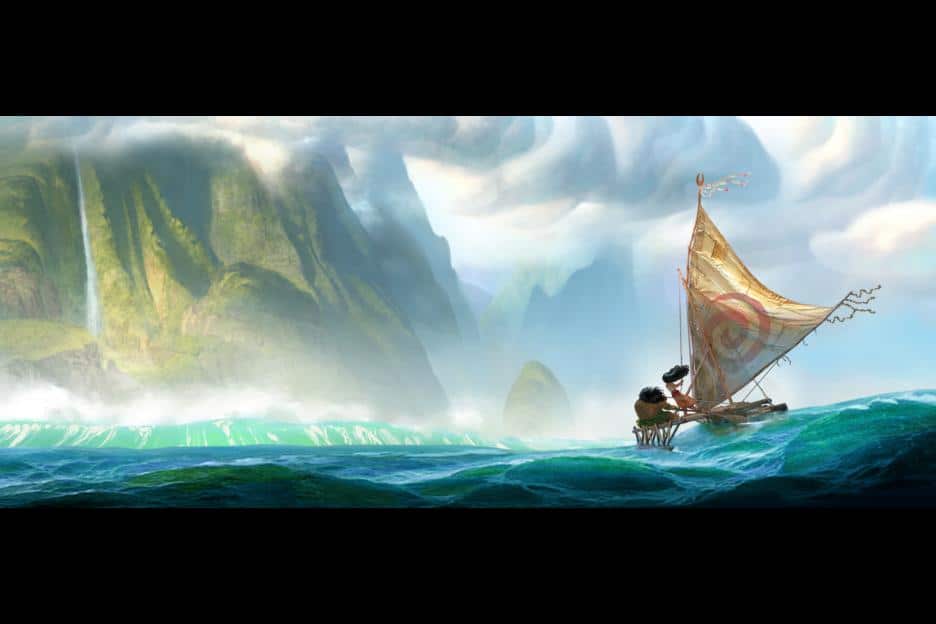 9. We get to explore a new culture: I’m really hoping Disney doesn’t push cultural into the background of the movie and make it one of the main focuses of the film. I’m hoping we get music with a strong Polynesian influence to help set the tone of the movie. I feel like Frozen failed at that. At the beginning of Frozen we hear the beautiful native sounds. Instead of filling the movie with more of that, culture seemed to be pushed aside for more of a fairytale feel. I’m hoping in Moana we get to see and hear more of the sights and sounds of Polynesian culture, similar to what we got to see of New Orleans in Princess and the Frog.

10. I have a good feeling about this one: I’m trying so hard not to get my hopes up, but I can’t help it, they’re up. Expectations are high. We had a little break from Disney Animation films last year and we’re getting a double dose this year. And though I love Zootopia, Moana seems to have the elements to make one of my new favorites.

Moana doesn’t sail into theaters this November the 23rd (you can stalk their Facebook page along with me until then). But there are a few other movies I’m counting down to make the time go faster.

In a couple weeks we’ll go see The Jungle Book. I’m normally not one to count down to the live action movies but this one has me excited. Big T was even excited about the previews which is making me consider bringing him.

And then there’s 77 days until Finding Dory. Another one to get excited about. No singing, but based on this preview I’m sure there will be a lot of laughs.

An exciting year for Disney movies. I’m excited to hopefully re-work some of my favorite movie rankings.

Do you plan to see any of these movies? Are you excited to see Moana?

Sounds like it’s going to be super cute. I am sure my nieces will love this movie.

That’s GREAT! I hadn’t even heard of this one before. I’m so glad Disney is finally getting the memo that they needed more heroines of color! I’ll be taking my girls to see this for sure!

I can’t wait to see this movie! My youngest is just old enough that Moana will probably be the “Little mermaid” of her age group. And, it opens up just after her birthday too so this will be a great birthday present!

Disney musicals are the best! Can’t wait to see this one.

Honestly, I doubt I’ll get to the theater to see them, but I’m sure I’ll watch them all on cable.

I have Finding Dory on my must see list and The Secret Life of Pets. I never heard of Moana and so thanks for the heads up!

oh wow – this is great that they are coming out with this new movie. I had d never heard of it until now but will be adding it to our list of ‘must-see’ 😉

YES!! I’m so excited for this one. My sister once took an internship in Hawaii. My brother and I went to visit and to participate in my niece’s baptism. I fell in love with the culture. If you ever get the chance to go you have to visit a ward. Talk about feeling the spirit!!!

I can’t wait to see the movie! It sounds amazing!! I’m very excited about it!

I like the musicals too. Disney does most everything great though, so I am looking forward to seeing this one def.

Looks like a cute movie! I’m excited for Finding Dory! I love Ellen and I loved Finding Nemo so I think it’s going to be really cute!

I love reading your movie reviews! Please please keep them coming. One thing that is particularly helpful is when you share the “scariness” factor. I have a two and half year old I am dying to take to her first movie but she is very sensitive to scary things and loud noises. I’ve read your movie posts and they have saved us from making a big mistake ( we were thinking of doing The Good Dinosaur or Zootopia before I read your reviews).
I can’t wait for this one either!

I have daughter who is really into animation. I think she will enjoy this 🙂

Oh yay! You’ll have to let me know what you think!

💔 He took a piece of my heart with him. While

When Ty said he wanted to try football we weren’

#Ad🍓 Head back to school with a scrumptious sna

We got engaged 18 years ago, after 4 months of dat

Words to live by. #LiveYourMostess with the yumm